Pro Stock racer Dallas Glenn had a target on his back as reigning NHRA Rookie of the Year and has proven unflappable in the first half of the 2022 season, despite the watchful eyes of his competitors and a strange string of misfortune.
20 Jul 2022
Kelly Wade
Feature

Coming into the 2022 season of the NHRA Camping World Drag Racing Series, Pro Stock racer Dallas Glenn had a target on his back as reigning NHRA Rookie of the Year. Pacific Northwest native Glenn, however, has proven unflappable in the first half, despite the watchful eyes of his competitors and a strange string of misfortune.

"I felt like the pressure was on to continue," said Glenn. "It was like, 'OK, that's what I did last year; let's see how I can build on that.' I started off the season and felt really good, but then it seemed like the bad-luck gremlin got me. I had a wire fall off in the final at Las Vegas in a round we could have won, go to the next race, and have a sensor fail and have to shut off first round. It's been one little thing after another."

But if you walk by Glenn's pit area and see him bustling around his RAD Torque Systems Chevrolet Camaro or KB Racing compadre Kyle Koretsky's Lucas Oil-branded entry, he's generally cheerful, though certainly focused. Even after an uncharacteristic holeshot loss in the first round in Denver last weekend, Glenn was more even-tempered than melancholy. 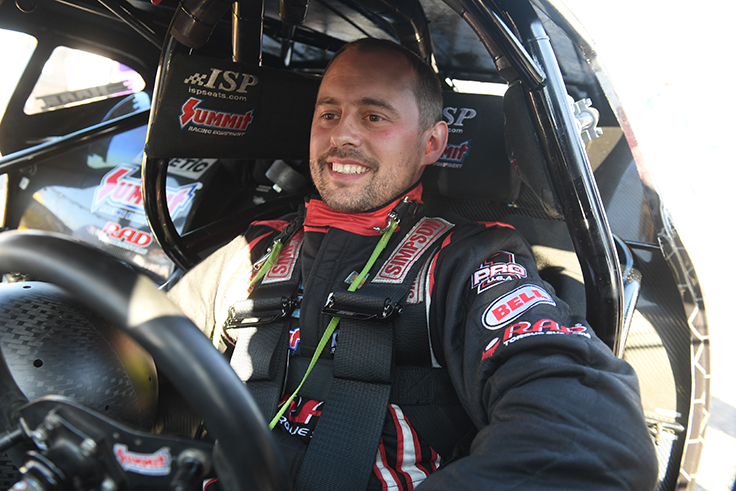 "Growing up bracket racing, there was one thing I discovered to be true for every single drag race: pretty much, 99% of everybody loses," explained Glenn, who cut his teeth racing in the Seattle area and throughout NHRA Divisions 6 and 7. "[Drag racing] is not like a circle-track race where you can make a mistake and get a couple more laps in. No, in drag racing, you either win or you don't. It's sudden death, and knowing that you're not going to win them all no matter how bad you want to, I've always tried to just look forward to the next one."

Despite the unpleasant-though-well-managed surprises in the first half of the year, Glenn has continued to shine as a top contender and is one of just four winners in the first 9 of 19 Pro Stock races. Erica Enders is leading the points heading into Sonoma on five wins in seven final rounds, and her Elite Motorsports colleague, Aaron Stanfield, is No. 2 with two wins in five finals.

The only drivers to have claimed a 2022 Wally other than Enders or Stanfield have been KB Racing-powered Glenn and Matt Hartford. Glenn won Gainesville, and Hartford secured last weekend's NHRA Mile-High Nationals trophy in Denver.

"The other teams have definitely picked up a little bit from last year, and it's making everything extremely close," said Glenn. "Pro Stock is really tough this year, and you have to bring your A game every single run, regardless of who you're racing. No. 16 can win out here; it's that tight right now."

Watching Pro Stock as a kid and racing everything he could get his hands on in the Sportsman ranks, Glenn felt well-prepared when he finally got the opportunity to drive a Pro Stock car. He'd worked at KB Racing for a number of years and had up-close experience as a crewmember on Jason Line's championship car, but when his dream of driving a naturally aspirated hot rod became a reality, it wasn't exactly what he expected. 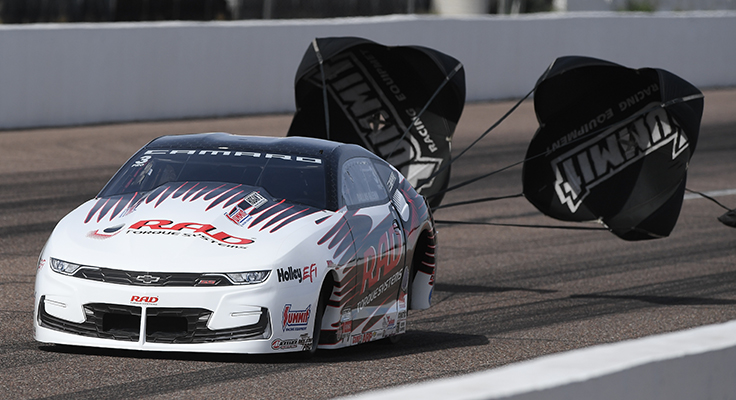 "Even after watching and working with Pro Stock all these years, it's harder to win than I thought it was going to be," admitted Glenn. "I thought, you go up there, cut a light, hit your shift points, and everything will fall into place. But the competition is so tight, and it's so difficult to do everything absolutely perfect every run and make good, quality runs. It's not just me in the car, either. We have to be set up perfect every run, and that's a lot harder to do four runs in a row than I anticipated."

Now in the midst of his second season as a full-time Pro Stock competitor, Glenn isn't taking anything for granted. With the support of RAD Torque Systems, he's been able to race with a top-tier team and alongside the most winning driver in the category, reigning and five-time world champion Greg Anderson. Glenn plans to stay as long as he can.

"Hopefully, we can win a few more races and maybe a championship to help our cause," he said. "We're not quite where we want to be, but I feel pretty good in my clutch pedal now. I've got a good spot, and I can go up there and hit the Tree. We have a very strong car that's going to be coming up here soon, and once it all comes together and the bad luck stops, we'll be fine. I'm looking forward to Sonoma. We didn't have the best race in Denver, but we're going to continue working towards what we know the RAD Torque Systems Chevy is capable of."