Opatrny, a graduate of the Frank Hawley Drag Racing School who licensed Del Worsham’s dragster in Las Vegas last April, will be driving the Leverich Family entry in his Pro debut. 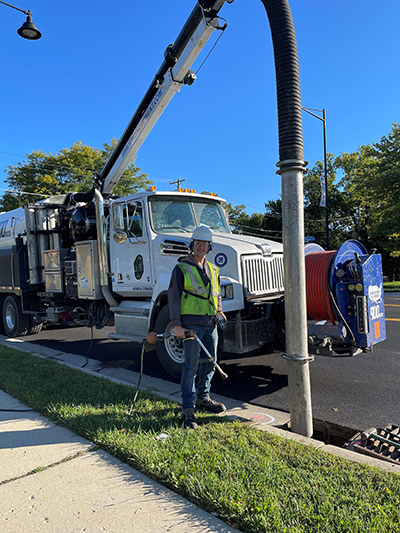 Opatrny’s primary sponsors for the event will be the Illinois AFL CIO and the International Union of Operating Engineers, Local 150. The Illinois AFL CIO is comprised of more than 1,500 affiliated unions representing nearly 900,000 workers in Illinois, including Local 150. Opatrny, a heavy equipment operating engineer who currently runs a water-powered, earth-digging hydro excavator, is a member of the 150.

“As mentors through the program, us bigs try our best to provide a positive influence, and a strong role model figure for kids in need,” he said. “My little brother and I often go on nature walks and talk about life, go grab a bite to eat, or have video game sessions; those are our usual go-to’s. Other than that, we’ve been to several museums, and I also took him to his first NHRA event three years ago. We were at Route 66 Raceway in 2019. He had an absolute blast.

“Becoming a mentor in the program was one of the greatest decisions I've ever made in my life, and it's been nothing but a blessing.

“My hopes and expectations for this race are to No. 1, learn as much as I possibly can; goal No. 2 would be to have a safe race weekend for the team and myself; No. 3 would be to represent the Illinois AFL CIO and my union brothers and sisters with Local 150 to the best of my ability; and No. 4., to raise awareness for Big Brothers Big Sisters of America.

“This will be my only race this year, but it will help to keep my license current for next year or until I can come into some more money. I am planning on getting out next year too. I would love to run at Route 66 [Raceway, in Joliet, Ill.] now that that race is finally back on the schedule. That's my home track, and that would be that would be awesome. You gotta run at your home track.”