Blake Alexander came into the world of NHRA nitro racing a little more than 10 years ago and has solidified a reputation as a driver who can bend and shift with the tide, take calculated risks move forward, and withstand the ebb and flow of an excruciatingly competitive category.
08 Jul 2022
Kelly Wade
Feature

Blake Alexander came into the world of NHRA nitro racing a little more than 10 years ago, and since then, he's solidified a reputation as a driver who can bend and shift with the tide, take calculated risks in order to move forward, and withstand the ebb and flow of an excruciatingly competitive category. Alexander has found a home with nitro veteran Jim Head, and together, along with the Pronto Auto Service Center/Head Inc. Funny Car team, they have a rightfully optimistic outlook on the second half of the season.

"We're going to keep trying to navigate this the best we can and finish the summer strong before the Countdown [to the Championship]," said Alexander. "Our goal is to catch back up to where we were at the first race of the year, where we were making good, competitive runs. You have to keep up with everyone, and there are a lot of good people to keep up with out here."

The experience within the group runs deep and begins at the very top. Team owner Head actively raced in either Top Fuel or Funny Car from 1980 until 2012, when he handed over the reins of the family's Funny Car to son Chad and stepped more fully into the role of crew chief. When Chad transitioned out of the driving position, Head tapped Sweden's Jonnie Lindberg to fill the vacancy, and together, they reached four final rounds.

It should be noted that Head was one of the first drivers to use onboard computer technology and a multi-stage clutch, and his advanced education, interest, and understanding of engineering and mechanics have kept his program in a respected position for decades. 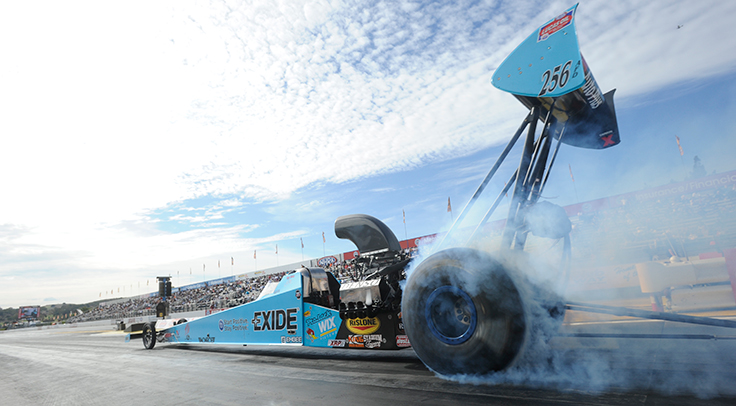 As for third-generation drag racer Alexander, he brings much to the table in terms of a lifetime of experience and doing what it takes to earn his keep. Alexander never really let off the gas after cutting his teeth in NHRA's Jr. Drag Racing League, and he began pounding the pavement while still in college to drum up sponsorship to support his ache for the dragstrip. Ultimately, the Southern California native gained the financial backing necessary to license with Larry Miersch in an alcohol dragster, and on his 21st birthday, he stepped up and licensed in a fuel Funny Car under veteran racer and tuner Paul Smith.

"I don't come from a wealthy family, and no one just called me up and let me drive," said Alexander, who now resides in Charlotte with wife Leah and young son James. "At the end of the day – unless you're an anomaly – you have to find support from the business side if you want to be a race-car driver. That's the only reason I get to drive these cars."

Self-motivated and becoming ever more involved in marketing and partnerships, Alexander joined forces with Head for a single race in 2019, and he was fully on board with Head as team owner and crew chief the following season. Thus far, the two appear to be exceptionally well-matched in terms of intensity, expectations, and the desire to achieve the extraordinary in a sport that deems just one winner per class on Sunday. They qualified for every event in 2021 and set Alexander's career-best numbers for elapsed time (3.892 second in St. Louis) and speed (332.92 mph in Topeka). The team reached the semifinals in a promising performance at Heartland Park to highlight the season, which had them finish just outside of the Top 10. 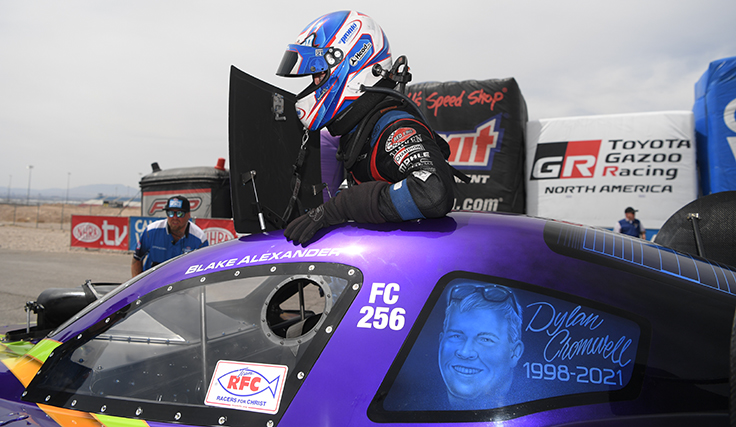 The Pronto Auto Service Center Funny Car team started the 2022 NHRA Camping World Drag Racing Series in Gainesville on an exceptionally emotional note following the tragic loss of crewmember Dylan Cromwell. The loss was on the minds of everyone as the team came through with incredible resolve in their season debut to reach the final round. Although that fire within their collective hearts is nowhere near extinguished, the team has not yet seen the inside of another final.  They have, however, had a race car that could certainly get the job done, and they have a driver who understands how to win after claiming two victories in 2018.

"I've been doing this a long time, so I kind of understand how it works," said Alexander, who raced Top Fuel in 2017 and 2018 in order to evolve with new sponsorship. "We have to piece together what we've been doing well and move away from the things we haven't been doing well. Some of the people I've worked with have taught me that it's really just about continuing to work hard. If you keep working hard, your time will come." 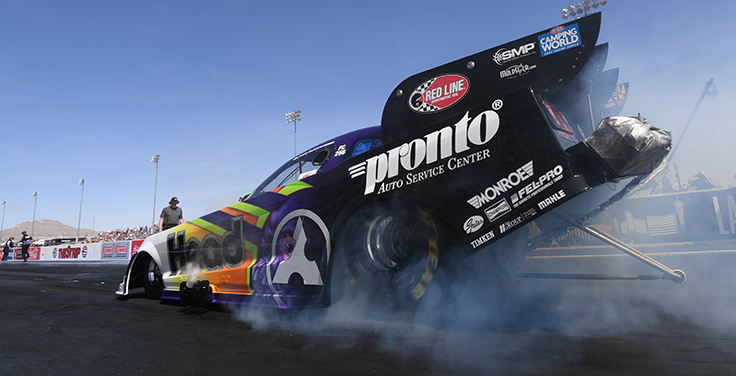 The old "patience and perseverance" approach does not come easy, of course, particularly for someone who is familiar with what it feels like to hoist a Wally at the top end. Alexander is pleased to have qualified in the top half – and as high as No. 3 – at all but one of the races they've attended so far this year, and he's eager to see that translate to success on race day. He wants another taste of success, not only for himself, but also for the team that has put forth such tremendous effort.

"I really like working here; they take good care of me, and I work hard to take care of them and be a good person," said Alexander. "It may not come right away, but if you quit working hard and start to get discouraged, you're not going to reach your goal. I always try to stay positive, keep working hard, and let the chips fall where they may – there really isn't anything you can do other than that."