With three drivers from the Cuadra family competing for their first Pro Stock title and a fourth seeking Top Sportsman glory, a brotherly rivalry would make sense, even in this close-knit group.
16 Jun 2022
Kelly Wade

The Cuadra name has permeated Pro Stock for several seasons now, but so far, it has not been at the top of the list on Sunday. With three drivers from the family competing for their first Pro Stock title and a fourth seeking Top Sportsman glory, a brotherly rivalry would make sense, even in this close-knit group.

The family dynamics amongst the Cuadra clan position father Fernando Sr. as one who truly wants to see his sons succeed. He has led the charge in NHRA Pro Stock and has given them all of the tools to make their drag racing dreams come true, but perhaps "given" is an exaggerative term. Fernando Sr. runs a tight ship and demands that his sons not only work together on their respective race cars, but that they also earn the right to race. 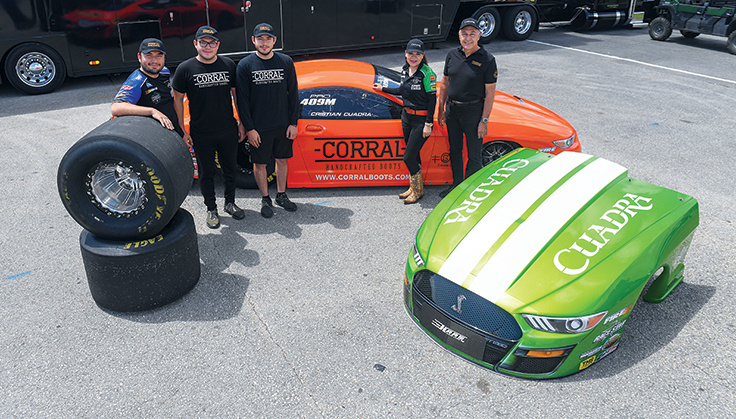 The Cuadra brothers work hard in the pit area, they sweat alongside other members of the crew, and they forgo luxuries as they focus on financial responsibility as directed by their father, who is a successful businessman for a very good reason. Their way of operating will likely make the win that much sweeter for whoever is fortunate to claim it first.

David, who races Top Sportsman, is the front runner in terms of final rounds for the three brothers. He was runner-up in Houston in both 2020 and 2021. Fernando Sr. also has two final rounds on his scorecard, both earned in 2019.

This year, at least in Pro Stock, all eyes are on Cristian — David's twin brother — and Fernando Jr., the oldest of Fernando Sr. and Diana Cuadra's three children. The two brothers started last year with a head-to-head meeting in the final round of the Doorslammer Nationals at Orlando Speed World Dragway. Although they agreed to save their engines for the NHRA season opener that would take place just a few weeks later, the final round was a thrill for the brothers who reside in Leon, Mexico. Their winner's circle celebration was a jubilant, evenly shared event.

"But that race is still pending," said Fernando Jr. "We still don't really know who is better because we agreed to just race to the 1/8th-mile [to save parts]. It's a lot of competition, and there is a battle between the two of us, Cristian and I, to get the first victory." 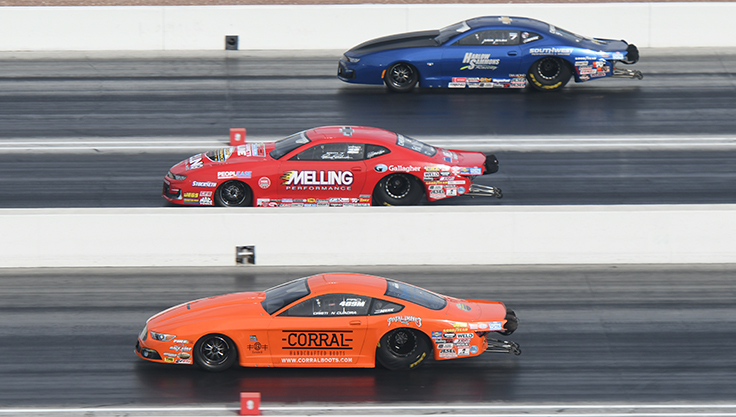 Cristian reached the final round this year at the Las Vegas NHRA Four-Wide Nationals, and with a runner-up finish to Elite Motorsports teammate Erica Enders, his potential to claim the first win for Team Cuadra came into view.

"The car is working now, really good, and I'm confident with the car, with myself, and with the team," he said. "I'm more relaxed, and every time I drive the car, it's getting better and better.

"After Orlando, we said, 'Oh, we made it, now it's going to be easier.' But we arrived in Gainesville last year, and everything changed. We struggled to qualify, then at the end of the season, we started to get better.

"We joined forces with Elite," he continued. "They help us with the set-ups. [Engine builder] Frank Iaconio is giving us the power. Last year was ups and downs, like a roller coaster, and that made me nervous with myself. But I've been working on that. Something that has helped me a lot has been to think, there is always another chance, another race. If I do good, perfect. If I do wrong, the next race I will do better."

The brothers both have high expectations, but they are measured in their expectations. At the forefront of both of their minds is being the first Mexican national to win an NHRA national event. They aren't in this for immediate or a single satisfaction, however. The Cuadra team is enlisted in Pro Stock for the long haul. 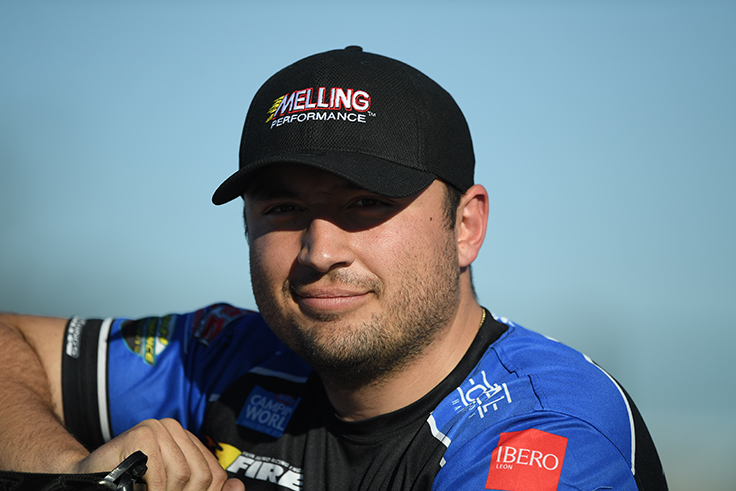 "I want to be champion," said Fernando Jr., who reached the semifinals at the NHRA New England Nationals this past May. "But it's step-by-step, of course. First, I want to win a national event. But then I want to be a champion with the greatest, like Erica Enders, Greg Anderson, Jason Line. To have that title, to be a distinguished Pro Stock driver that was a champion, that's my ultimate goal. I know it's going to take some years, but I'm still young. I have some road down the way."

Although they are rivals on the racetrack, the Cuadra brothers are both absolutely on the same page.

"I also want to be a champion," said Cristian. "We're doing this because we want to go for the championship. And the first win is coming. I don't know if it will be soon or at the end of the season, but hopefully, this year we can make at least one trophy. Jr. is driving really good, too. It doesn't matter if it's me, my dad, or Jr. – for the family, hopefully, it's coming."