The building phase: Antron Brown is biting into his first year as team owner

Antron Brown had a fairly good idea of what he was getting into when he set to work building a Top Fuel team of his own, and he came to know rather quickly exactly what he'd signed up for as owner of his own team.
28 Mar 2022
Kelly Wade
Feature

Antron Brown had a fairly good idea of what he was getting into when he set to work building a Top Fuel team of his own. After all, he'd driven for drag racing veteran Don Schumacher and observed the astute businessman operate one of NHRA's most successful race teams for two decades. With the launch of AB Motorsports at the beginning of the 2022 season of the NHRA Camping World Drag Racing Series, Brown came to know rather quickly exactly what he'd signed up for as owner of his own team.

"It was what I expected – but times four," he said with characteristically animated delivery punctuated by a chuckle. And as one would expect from fan-favorite Brown, he quickly pivoted to the positive.

"The best part about all of this is the people," he said. "If you're going to make unbelievable things happen, it starts with the people. This has given me the opportunity to bring in everyone I've always wanted to work with, and we're all pulling the ropes in the same direction. It's been awesome. I'm truly blessed."

Brown, whose AB Motorsports is a joint venture with wife Billie Jo, surrounded himself with familiar faces as he pulled together his group. The Matco Tools team is led by co-crew chiefs Brian Corradi and Mark Oswald, with Brad Mason on the assist for car management and as a liaison between the team and Toyota Racing Development (TRD). 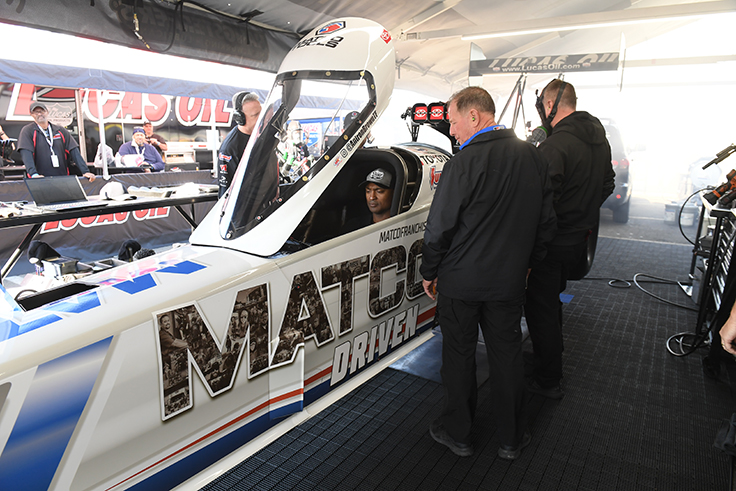 From the public relations and marketing team to the crew on his car, AB Motorsports is populated by a group of individuals that have been part of Brown's world for years. Their collective experience in professional drag racing helped smooth over some of the many bumps in the road as this new endeavor came to fruition.

"The most surprising challenge was the start-up," said Brown. "We knew we had it under control because we pre-planned for the last two years. But even after having everything thought out and parts and pieces ordered, we ran into last-minute crunch time. It was time to leave for testing, and you want to have everything buttoned up, every I dotted and T crossed, but we were still doing things on the road."

Although the group had ordered everything they would need – including new race trailers – well before the end of last year, the supply-chain issues that have been felt across the nation hit them at home. Everything came together to get their season started, but just barely.

"You think you had enough time in advance for it, even if certain things would have come in late – like the end of November – you'd still be good," he said. "But boy, things are coming in December and the middle of January, and you're doing the Harlem Shuffle." 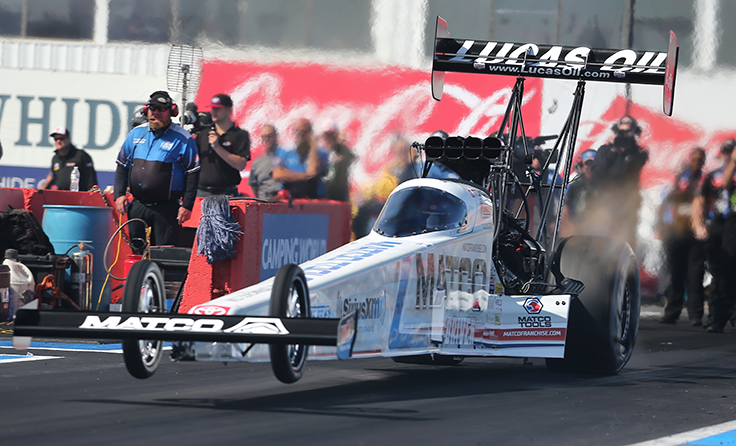 By the skin of their teeth, the team made it to Phoenix in time for preseason testing and their first opportunity to assess the strength of their operation in motion. Now three races in, they have not yet seen the results they're looking for.

Brown won a round at the season opener but exited in round one in Phoenix, and he was one of several high-profile drivers to suffer a DNQ in Gainesville. Persistent downpours relegated qualifying there to a single session – which also acted as round one of the Pep Boys NHRA Top Fuel All-Star Callout. Brown, in an aggressive stance to try to win the round over Brittany Force, had the advantage at the starting line but smoked the tires at the 330-foot mark.

"What it does is, you learn from it. You grow from it," said Brown. "For us, Gainesville was earth-shattering. We threw out our best blow, and it messed us up for qualifying. You go from a hero to a zero, one race to the next, but the season is still young. We're in the building phase, and we're working on building something great. So you take that wound, and you grow from it." 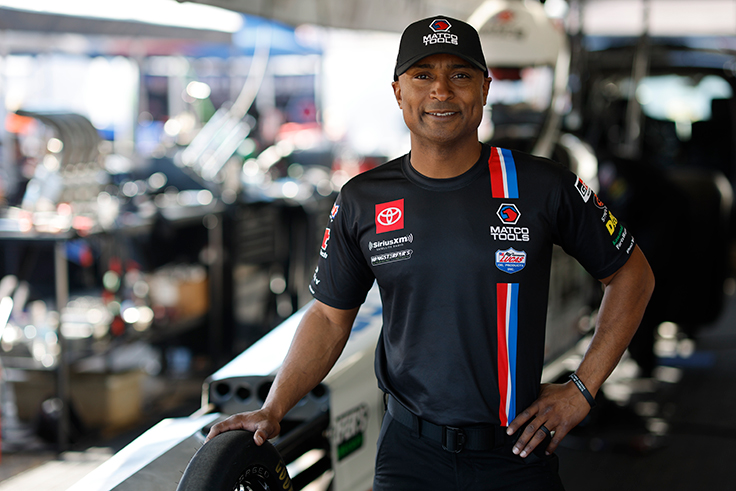 "I'm looking forward to getting to mid-season and looking back to where we started. We will have seen some gains," said Brown. "We didn't take a little small bite with this deal; we're trying to eat a mountain. You question yourself sometimes, you ask yourself, 'Did I do the right thing,' but then the fans come up wearing that ABM logo proud, the merchandise is selling out, the Matco Tools hospitality is busting out at the seams, we have partners on board we never had before. You can't question anything with this kind of support system and people saying, 'We got you.' It warms your heart, and it warms your soul."