Five things we learned from the NHRA Sonoma Nationals

Sonoma, Calif., is one of the finest places on the planet to see a drag race. The Sonoma Raceway staff not only provides an exceptional facility, but they also host a world-class event in a picturesque little community just north of the San Francisco metropolis. All weekend NHRA race fans celebrated the return of the Camping World Drag Racing Series to its home state of California., and as the first motorsport event Sonoma has hosted without attendance restrictions, the fans within the facility were overjoyed to come back to the sport they love. Here are five things we learned from the event: 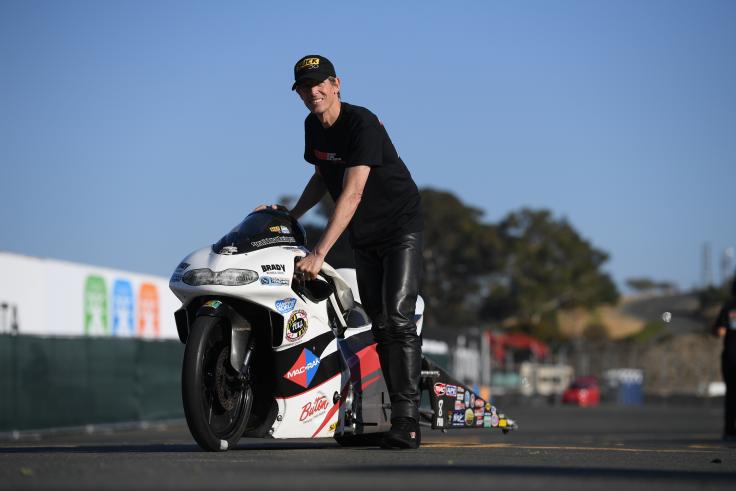 Steve Johnson’s enthusiasm and passion for the sport of drag racing has never been questioned. Yet for the last few years, his mania has outshone his on-track performance. His race efforts continued to evolve in the changing marketplace but when he missed the Norwalk, Denver, and Sonoma races in 2019—the first he’d ever missed—it had a chilling effect on fans of Pro Stock Motorcycle.

Covid-19 and crew member Ervin “Jock” Allen's public battle with the virus seemed to parallel Johnson’s on-track challenges, but then again, so did the resilience we saw in his videos and social media posts as he stood watch over his beloved teammate laying in a hospital bed.

Johnson’s trajectory in the sport hasn’t always been clear, but his resolve and heart have. So as Johnson nursed Jock back to health, unbeknownst to us he was also nursing his race effort back life as well. In May, Johnson secured his first Pro Stock Motorcycle in win seven years at the NGK NTK NHRA Four-Wide Nationals in Charlotte. The change in the rules to a four-valve cylinder head and the need to express his energies on something productive during the pandemic seems to have been the recipe for the Steve Johnson renaissance we are all witnessing.

At Sonoma, Johnson and Jock were in the Pro Stock Motorcycle pits, not in their traditional semi-truck, but in a 1-ton dually towing a bare-essentials trailer. It may have looked like a smaller effort at first glance, but two seconds of observing the men and the enormity of the heart beaming from their pit was evident. The number-three qualifying position shows Johnson's effort scales more to his larger-than-life personality than it does infrastructure that gets him to a race. 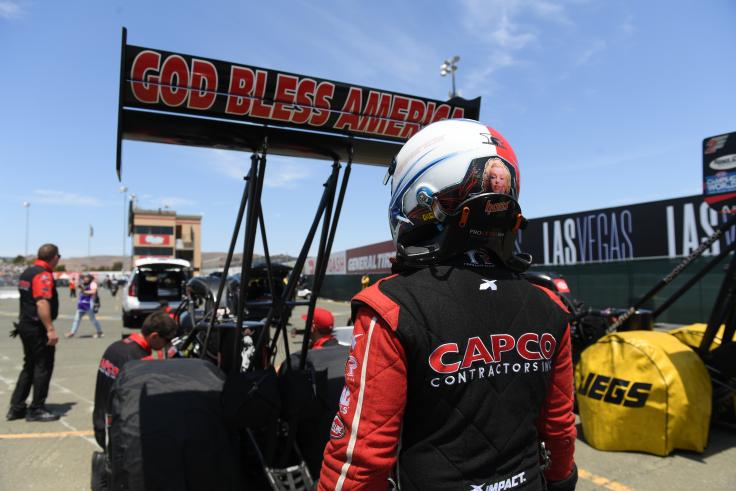 Steve Torrence has proved he’s operating on a different level of winning. Torrence’s Capco Contractor team has displayed every metric of success drag racing stats track: Three Top Fuel championships, 46 Top Fuel wins, 69 Top Fuel final rounds, and the team's ability to campaign a second car with impressive similarities in performance. Team Torrence has the best parts, people, and competitive capabilities money can buy—and a team morale that literally breads miracles for the people around them.

These guys love drag racing, and their enjoyment is obvious in everything they do. It's also infectious. So when Torrence wasn’t the dominant force in the first two sessions of Sonoma qualifying, it didn’t feel right. We chalked it up to the delta between Denver and Sonoma. But then on Sunday afternoon in his post-victory interview in the press room, with his wife Natalie by his side and his baby daughter rarely out of his arms, he mentioned they were using an all-new car. He said he "hadn’t made a big deal about it," but they had been using the weekend to shakedown a brand new Morgan Lucas Racing chassis and were experimenting with a clutch setup that was a departure from the hardware they’d been using to win.

Wait, what? Typically when teams roll out a new car it comes with caveats about why performance wasn’t up to par—but not this team. Nope, the zillion variables that a new dragster throws at a team attempting to modulate ungodly power into acceleration using gravitational force, Goodyear rubber, and aerodynamics manifested as little more than seeming a little off their game.

The new car excuses were never made and the act of establishing a new baseline in front of a live audience test session went completely under the radar. We were shocked to hear the news after the race, but it got us thinking. when a team achieves the level of success of Torrence Racing, it stands to reason that they dole out new ways to test themselves and achieve. In many cases, these new successes aren’t measurable in traditional statistics but come with other levels of satisfaction that reach beyond the competition.

Looking back on the race weekend you can hear evidence of this in Torrence's interviews and the way he spoke about his exchanges with old rivalries. Torrence has added a new weapon to his arsenal, one that rings of gratitude and a new enjoyment of his team's collective accomplishments. That’s not a doomsday weapon for winning a championship. It’s even more powerful than that. 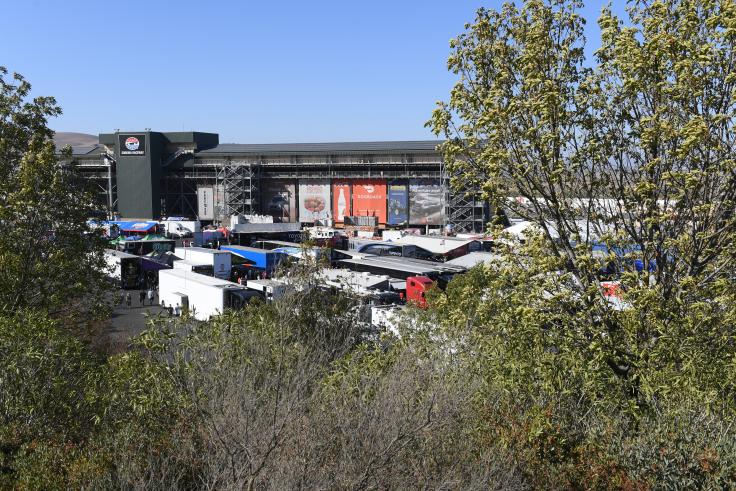 NASCAR AND NHRA SHARE A RACING SURFACE  IN SONOMA

Historians will tell you that NASCAR and NHRA were born three years apart and how one took the form of circle track racing influenced by the culture of the American South, and the other a straight-line sport crafted out of an association of car clubs by the editor of the largest car magazine on earth.

What’s often less well understood is that Bill France Sr. and Wally Parks were both enthralled by people’s quest for speed. Both men were fascinated by land speed racing and the pursuit of pushing automobiles to their absolute limits. For Parks, this passion was born on dry lake beds. For France, it was fostered by the Florida coastline.

Parks’ path evolved lakes racing to the ultimate level—cars traveling more than 330 mph in 1,000 feet. France’s vision was to craft superspeedways for 200-mph cars that would be indifferent to the ocean's tides. Both men created unique models for their racetracks to showcase the pursuit of speed. And it’s these structures that they evolved: lakes to salt flats to airstrips to drag strips, and beaches to circle tracks to speedways and superspeedways that defined their differences for the people that practiced the philosophies that come from a common origin.

What does this have to do with Sonoma Raceway? It's the only current track where NHRA and NASCAR race cars share a common surface. Technically the strip of real estate both series use is a shutdown area in NHRA and the exit of the carousel in NASCAR. Still, it's safe to assume Funny Cars hit higher speeds on that stretch of land than any Cup car ever will. 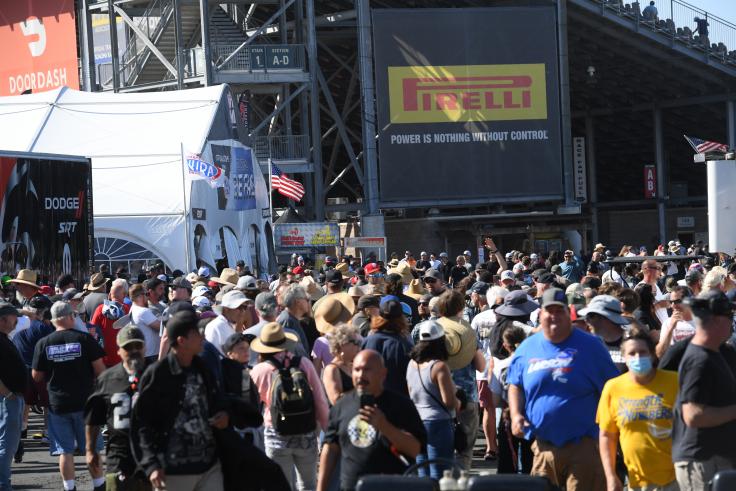 THE CALIFORNIA CLIMATE IS PERFECT FOR DRAG RACING

Sonoma is one of the few places in the great country that you can be outside in July and feel perfectly comfortable. With day time temps that hovered between 72-82 degrees, humidity in the 30-40% range, and the cooling effect of the San Pablo Bay just 13 miles away—it's one of the few race tracks on earth where the people in the stands are more comfortable than the people at home watching the race on TV. 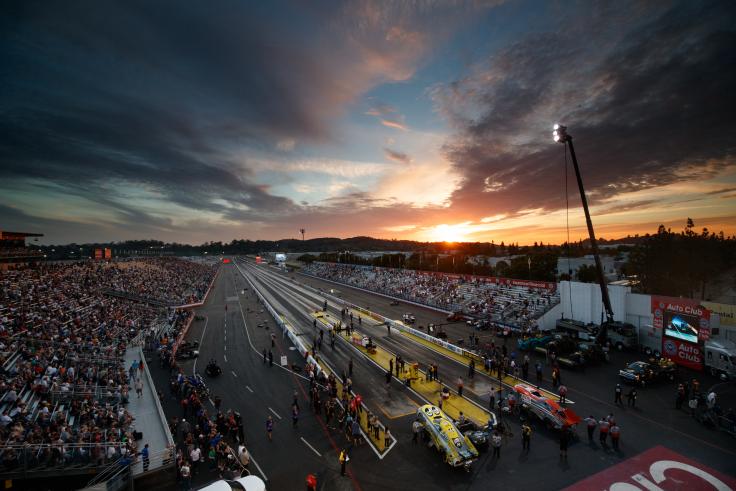 For decades the NHRA Western Swing has been a glorious tour de force for drag racing.  The sport's heroes have campaigned their cars three weekends in a row, in three very different environments. This year will be the first time in the history of the Swing, where that grueling challenge comes to completion in Pomona.

This year the racing at the Fairplex also marks the first time the Winternationals, rescheduled from March 2021, will be run the final weekend in July. To make the event a once-in-a-lifetime experience, the Friday and Saturday sessions each run late into the evening when the temperatures get cooler and the flames from the headers become more visible. It will make for the most epic end for the Western Swing ever, and serve as a tribute to NHRA's 70th season. Wally Parks will be smiling down on us all.