After getting back on track, Leah Pruett looks to keep pushing forward in Pomona

Through a difficult first eight races this season, Leah Pruett and her team stuck together and kept pushing, and got a ton of validation with their runner-up last weekend at the NHRA Sonoma Nationals.
29 Jul 2021
Josh Hachat
Feature

Through a difficult first eight races this season, Leah Pruett saw a Top Fuel team that stuck together and kept pushing, fully confident success would come at some point because of that dedication.

When it happened last weekend in Sonoma, as Pruett raced her way to a runner-up finish during the second race of the NHRA’s Western Swing, there wasn’t a joyous celebration or even a sigh of relief. Instead, Pruett indicated it was a validation of the work the team has put in and how that success is only going to drive them for more this season.

“What has impressed me the most this season is the adaptability each of us has shown in various situations,” Pruett said. “Many of our members have taken on additional responsibilities of getting new talent on the team up to speed. I am impressed with (crew chiefs) Todd’s (Okuhara) ability to continue to aggressively tune through our struggles, and Neal’s (Strausbaugh) leadership with the team to keep communication and transparency a priority.

“The fundamentals of our team keep us digging deep for water while the thirst for success gets even stronger. We have struck some water, but have to keep digging to quench our thirst.” 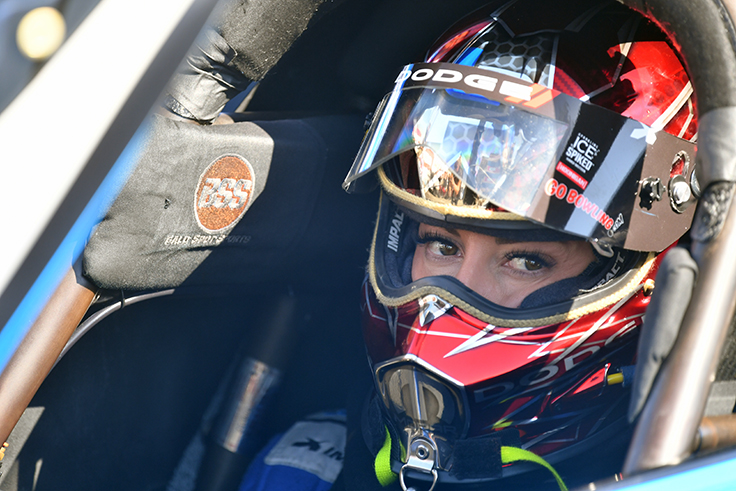 Pruett has no concerns in that regard. Even as the team suffered through unfortunate bad breaks, untimely strokes of luck and tough losses, the team never batted an eye.

Pruett led that charge and the team appears headed for a possible breakthrough going into a key part of the season. The runner-up finish in Sonoma sent Pruett to fifth in points and there’s plenty of momentum for Pruett in her 11,000-horsepower Sparkling Ice Spiked dragster heading into this weekend’s NHRA Winternationals at Auto Club Raceway at Pomona.

It’s a track near and dear to the heart of Pruett, a Redlands, Calif. native, and her first win of the season — and since 2019 — would do wonders for the upward ascent of the team.

She won the Winternationals in Pomona in 2017 when the event took place in its traditional February slot, but Pruett believes the team can replicate that, even in what will be far different conditions this weekend.

“Ideally we would like to respond in Pomona from our success in Sonoma with the same ‘simple’ results: a consistent car, without issues, that allows the crew chiefs to aggressively tune, and for me to regain confidence behind the wheel,” Pruett said. “We’ve had a great deal of success at Pomona in the past, and even though conditions are different, we will take our previous notes and current traction to keep our momentum moving forward.” 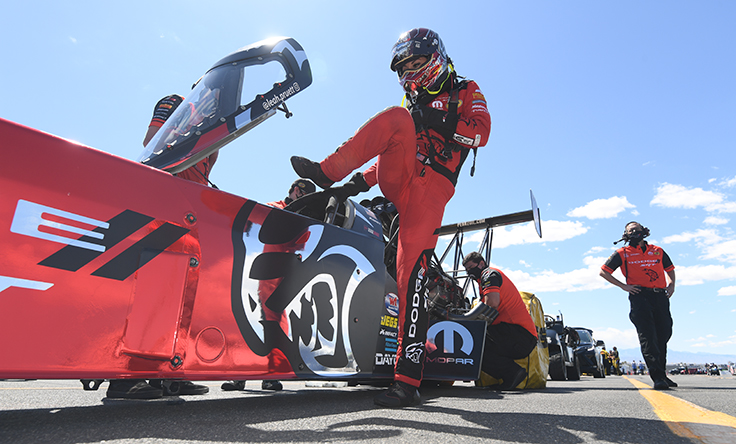 That applies to this weekend, but also the rest of the summer as Pruett and her team focus on being ready for the upcoming Countdown to the Championship.

Counting this weekend’s stop, only four races remain before the playoffs and Pruett knows she’s capable of a big jump. After sitting in 10th just three races ago, she’s only three points out of fourth and less than 100 points back of third.

Those are long-distance goals, but they have Pruett and company excited nonetheless, especially factoring in the rough patch to open the year. The immediate focus, though, is making sure Sonoma wasn’t a one-race blip. She came within .002 of knocking off Steve Torrence in the final round and keeping that the success rolling is the first priority.

“A win in Pomona would solidify that the hard work everyone is putting in is validated,” Pruett said. “For me, specifically, an encouraging morale for myself and the team hasn’t been as difficult as some might think when you have a core group of individuals that know how to win, have done it before, and are all pulling the rope in the same direction.”