The re-education of Shawn Langdon: From Top Fuel to Funny Car and back 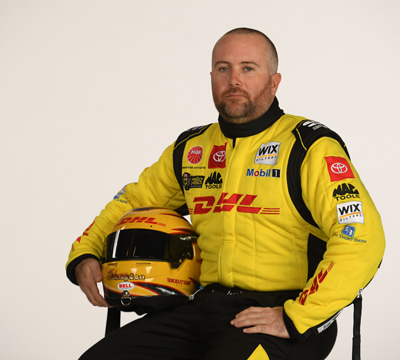 After a successful Jr. Drag Racing and Sportsman career, Shawn Langdon spent eight years learning how to drive a Top Fuel dragster, becoming not just an event-winning fuel dragster pilot but a championship-winning one.

In 2018, the 2013 NHRA Mello Yello Top Fuel champ had to deconstruct some of those skills when he moved to the Funny Car class, with the big thumping nitro Hemi now in his lap instead of behind him and the wheelbase more than halved, from 300 inches to 125.

It took Langdon more than a year to retrain his muscle memory and conquer his newest challenge, but he finished 2019 with a pair of Funny Car victories and a second straight Top 10 finish.

The 2020 season now finds Langdon back behind the wheel of a Top Fueler, wheeling the DHL dragster for Kalitta Motorsports and with two events already under his seat belts this year, the re-education continues.

It’s been an interesting process to take a lot of habits that I had formed in driving a dragster for so long and retrain myself to drive a Funny Car and then retrain myself again this year to get out of the Funny Car mentality.

Although both cars go 330 miles per hour, it’s amazing just how differently both cars feel, drive, and steer. I enjoy driving them both, but each has its own characteristics and differences.

When you’re driving either of these cars, things happen in a matter of tenths of a second -– about as quick as you can humanly react –- so you have to rely on instinct. It’s not the same as driving a different streetcar, where you hop from a small car into a big truck and they drive differently because it’s a little bit bigger when you’re going into a parking stall or when you’re driving on the freeway. It’s more like going through an intersection and somebody runs a red light on you, and you have to slam on the brakes and then turn a certain way. The way you “turn” in a dragster is different than how you would “turn” in a Funny Car. 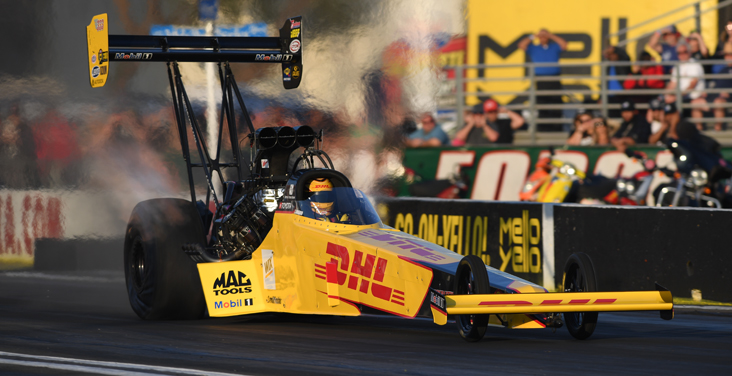 Driving a Top Fuel car is hard because everything happens so fast. When they take off, they accelerate so much quicker than a Funny Car from 60 feet to 330 and so it’s really easy initially to get behind the car just from the G force; it feels like it’s kind of scooting away from you and you’re behind it, but you’re not making a lot of steering inputs. On the top end, you make steering adjustments but, for the most part, you keep them really small.

When I first started driving the Funny Car, I would mentally get behind the car because it would make a move early and then I’d have to steer it. Sometimes it would feel almost like I was holding on for my life because the car was getting away from me and going all over the place all the way down the track. The cars do not steer the same at all. You’ve got to muscle the Funny Car in a way you never could with the dragster.

It took me a few runs in testing this season to get reacclimated to the dragster. I made some runs that, from 600 feet on, I was driving the thing like a Funny Car and the car was all over the track, so I started to drive the car one-handed because that was the only way that I could get the car to not oversteer. On some of the runs in Pomona and definitely by Phoenix, I was able to drive two-handed again.

After the first couple of races, I feel pretty good about being in the car and, by progression, getting reacclimated and being able to give the crew chiefs feedback.

It’s all about the journey

I’m a dragster guy at heart, and even though I’d driven some decently fast short wheelbase door cars, they don’t compare to a Funny Car. There are cool characteristics of both cars and even though I feel more comfortable driving a dragster, I absolutely loved driving the Funny Car. 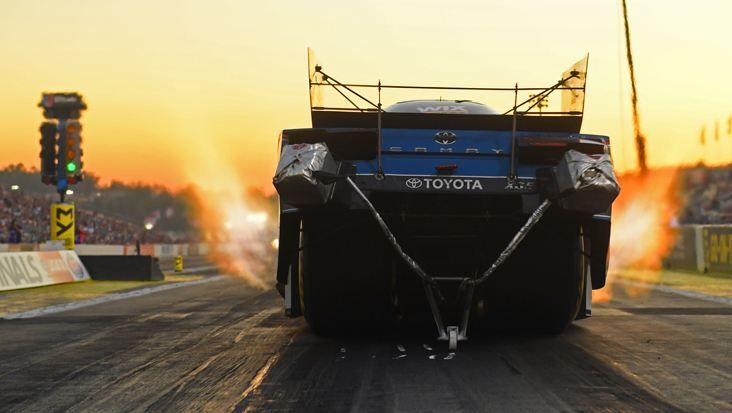 Probably the most enjoyable part of the Funny Car was struggling early and not really understanding it, but just asking questions and talking to the crew chiefs and to J.R. Todd and Del Worsham and Chad Head. I was happy to do my homework. I would go in with the guys from [Toyota Racing Development] and we would watch runs, and we started learning about the balance of the car, and we started changing things in the car, and I learned how to give better feedback and how to talk with the crew chiefs.

After eight years in a dragster –- and not to take anything away from it –- it becomes repetitive and you hit the gas and you go down and you run a 3.70 at 325 mph and the crew chief says, “Well, how did it feel?” and you’re like, “Eh, it felt good. It went straight for the most part.” Then you get into a Funny Car and I could talk for 25 minutes after a run about what happened.
I especially enjoyed the challenge because in the beginning there was little bit of scrutiny of, “Why would you put him in a Funny Car? Why would you do that?” because we weren’t really that competitive in the beginning, but we progressed to where we had a great race car, and it was nice to have the success that we did.

For the eight years that I drove a dragster, I made some adjustments, but I guess I just did it and didn’t really think about it – I just did it. Coming back into the dragster this year, even though it accelerates a lot harder early, once I made 20 runs or so, I felt comfortable and I wasn’t standing on the gas and then from 60 to 330 thinking, “Whoa, that car just got away from me quick.” 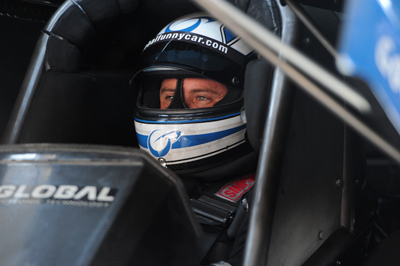 In a Funny Car, when you sit in the car and they put that body down, it’s just kind of like macho feeling of, “This is bad-ass.” The motor is sitting there in front of you and you just feel the whole car shake. Everything is right in front of you, so it’s kind of a little bit entertaining because when you fire up the car, you can watch the crew guys do everything and you can see everything they’re doing.

In a dragster, you fire up the car and you’re just looking out at the track or looking at the RacePak [dashboard] to get your fuel trimmed right, making sure it’s got oil pressure, and just doing the little run-check things before we do the burnout; in the Funny Car, the RacePak is mounted up front and the crew chief sets all of that stuff for you.

I think it’s a lot more intimidating driving a Funny Car just because the motor is sitting right there in front of you. The run that I made in Chicago last year when it blew the body off, that was a big eye-opener for me. I’d never had that kind of feeling in my life and it scared me a little bit. It was pretty intense, and that concussion when it goes boom is flat-out indescribable.

When you have a blower explosion in the dragster, it’s more of the deceleration that throws your head forward; you know it was big, but everything’s behind you.

When I finally won in Funny Car for the first time, at the spring event in Charlotte last year, it really meant a lot to me because it put me on a pretty short list of guys who have won in both Top Fuel and Funny Car –- guys like Don Prudhomme and Kenny Bernstein and Ed McCulloch.

Somehow, someway, I was just very, very lucky and fortunate in my career to be able to have my name alongside some of these guys. I really don’t feel like I’m in their league. I grew up idolizing these kinds of guys for so many years, and it’s neat to see my name alongside them. To this day I still don’t think I belong there, but I am and I’m very, very happy to be able to be there.

I thrive on being able to be diverse as a driver, to be able to drive anything out there, and I really take a lot of pride in that. I think I could take a streetcar to a Friday night race at Lucas Oil Raceway and probably be competitive in it. I take pride in being able to run in Super Comp or Super Gas or Stock eliminator or going bracket racing or hopping in a Top Fuel car a Funny Car. I like the challenges that come with every car and I really enjoy being challenged inside of a race car.

I’d like to go back and maybe drive a Funny Car at some point and try to contend for a championship. I think that would be cool to have on the resumé if the opportunity presents itself but, for right now, I’m in a dragster and I’m 100% happy with that.