Let’s be real for a minute and ask ourselves just how many riders are actually capable of winning the 2020 NHRA Mello Yello Drag Racing Series Pro Stock Motorcycle championship. The answer might surprise you.
27 Feb 2020
Kevin McKenna, NHRA National Dragster Senior Editor
Feature 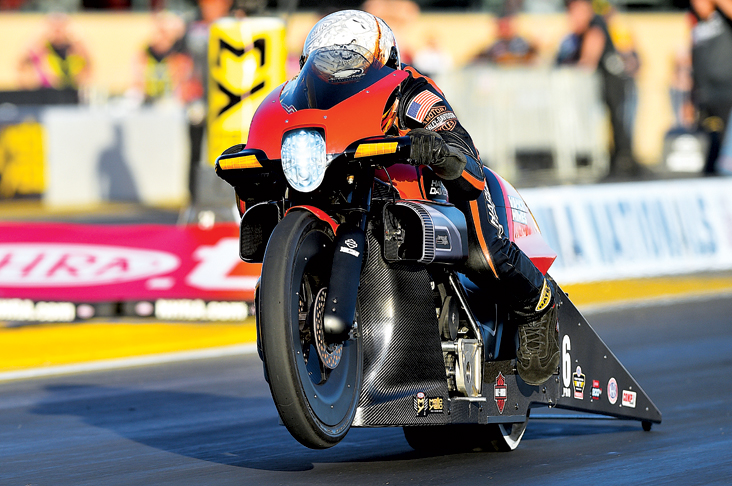 Let’s be real for a minute and ask ourselves just how many riders are actually capable of winning the 2020 NHRA Mello Yello Drag Racing Series Pro Stock Motorcycle championship. The answer might surprise you.

For starters, let’s go with the obvious in Andrew Hines, Eddie Krawiec, Matt Smith, and Jerry Savoie, currently Pro Stock Motorcycle’s “big four” with a combined 14 championships and 139 victories in 263 final rounds. They’re clearly the favorites. Hines, the reigning champ, is the class’ all-time leader with six titles. Last year, Hines had to wait until the final round of the season to clinch the title, but the drama that unfolded in Pomona likely overshadowed what had previously been one of the most dominant campaigns in the history of the class. In 16 events, Hines went to 10 finals and scored eight wins. It’s a bit unreasonable to think that Hines will once again win half of the races this season, but in order to contend for another title, he won’t have to. 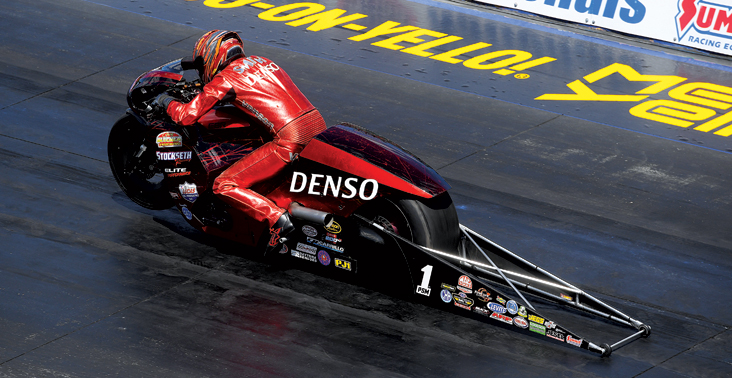 The funny thing about 2019 is that while Hines had a dominant season, it was Smith who had arguably the best bike in the class, an argument that became far easier to make given his performance during the Countdown to the Championship. In the final six events, Smith qualified No. 1 four times on his Denso EBR and was one missed shift away from winning his fourth title. Smith isn’t the least bit intimidated by the factory Harley-Davidson team and should be more motivated than ever to finish the job. 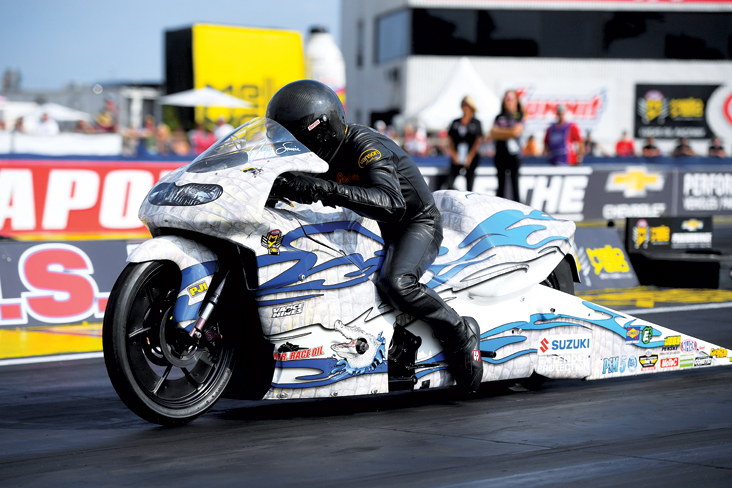 Savoie, like Smith, was also a title contender until the last round of the season, where his White Alligator Suzuki suffered a mechanical issue at the Auto Club NHRA Finals in Pomona during the final round that allowed Jianna Salinas to earn her first win and swung the title in Hines’ favor. Savoie has already stated that he plans on racing in all 16 events this season, which dramatically improves his odds of winning a second title. 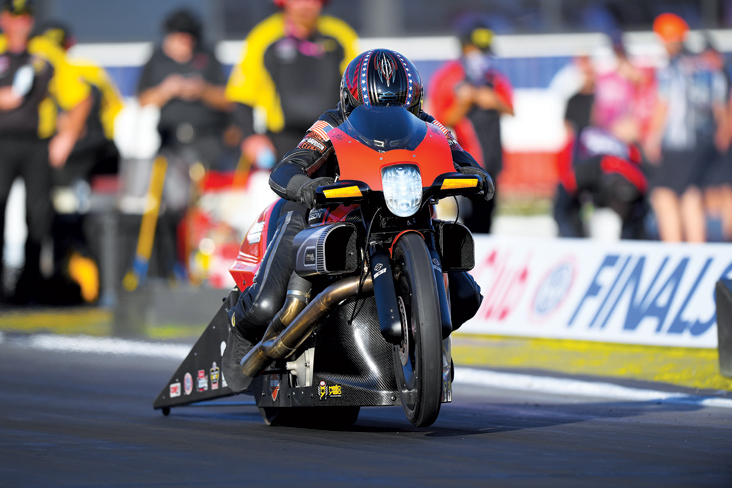 And then there is Krawiec, who enters 2020 as a bit of an enigma after going winless last year. Krawiec did appear in five final rounds but lost all of them, including four against Hines. It’s hard to chalk Krawiec’s fortunes up to anything other than bad timing since his bike was quick enough to qualify in the top four 11 times in 16 races. Looking for redemption, Krawiec need look no further than Hines, who recovered from 2018’s winless season to earn six titles last year. 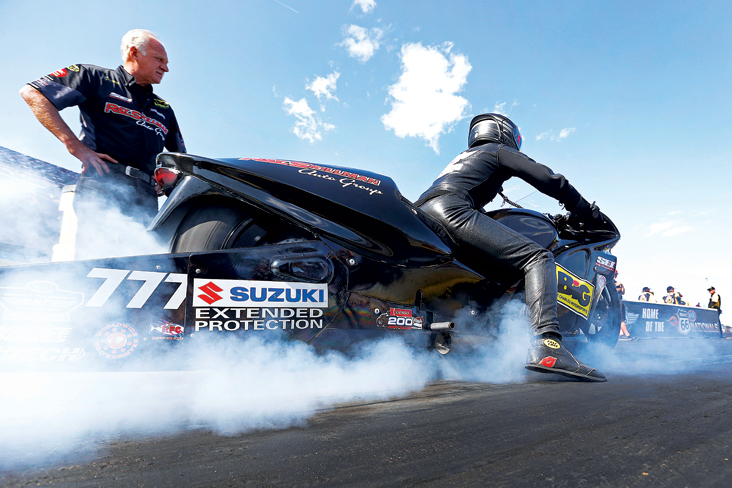 Frankly speaking, it would be hard to imagine someone other than the aforementioned four riders winning the title, but that doesn’t mean they are a lock. Consider Karen Stoffer and Hector Arana Jr., both won races last season and finished fourth and sixth, respectively, in the standings. Stoffer, in her first season as a teammate to Savoie, enjoyed the best season of her career. Stoffer was also responsible for what was easily the most impressive riding/driving performance by any NHRA Pro last season, where she had four nearly perfect reaction times in Chicago. To suggest she’s still got it would be an understatement.

As for Arana, he has been ticketed for stardom since making his Pro debut in 2011, and his 15 career wins in 144 events means he wins more than 10% of the events he enters. Arana, on his Lucas Oil EBR, has flirted with the top spot on a couple of occasions, including a best of second in his rookie season and third in 2012, 2014, and 2018. So, what does Arana need to do to join his father as a Mello Yello champ? At the risk of oversimplifying things, he needs to save his best performance for the Countdown, which has been reduced from six to five events this season. 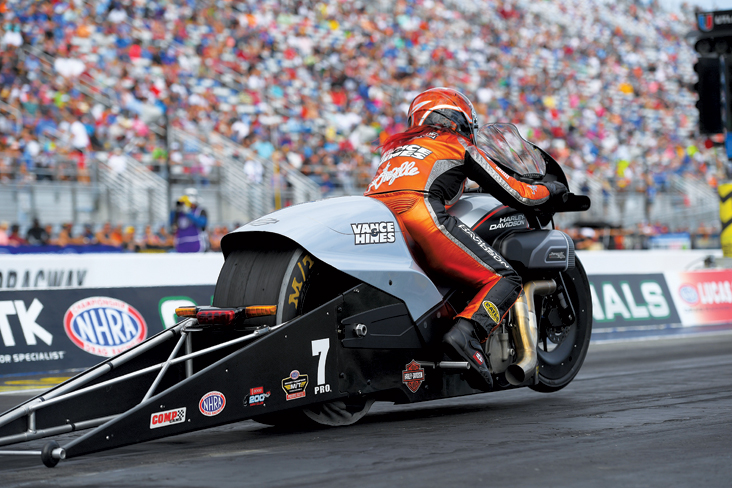 As for Angelle Sampey, to suggest she’s a bit of an enigma would be a huge understatement. Sampey is a three-time world champion, but her last title came nearly two decades ago. Sampey landed a coveted ride with the Vance & Hines Harley-Davidson team last year and faced an admittedly lengthy learning curve. Sampey made clear progress, especially after the team rolled out their new FXDR bodywork at midseason. Sampey did qualify No. 1 in Indy and Reading and reached the semifinals in Dallas, so her progress was evident. She’s also in the best shape of her career, so it wouldn’t be a shock to see her add to her 42 career wins, but a fourth title might be a bit of a stretch. 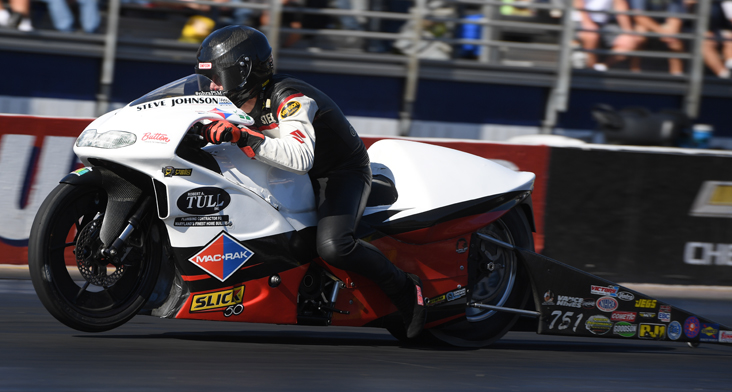 The championship aside, the list of riders who could win this season is lengthy. In addition to the championship contenders listed above, Steve Johnson, Ryan Oehler, Angie Smith, Scotty Pollacheck, Joey Gladstone, Cory Reed, and Pomona winner Salinas all figure to battle for Countdown spots, particularly with the new format that allows any rider who attends all the races to contend for the title. 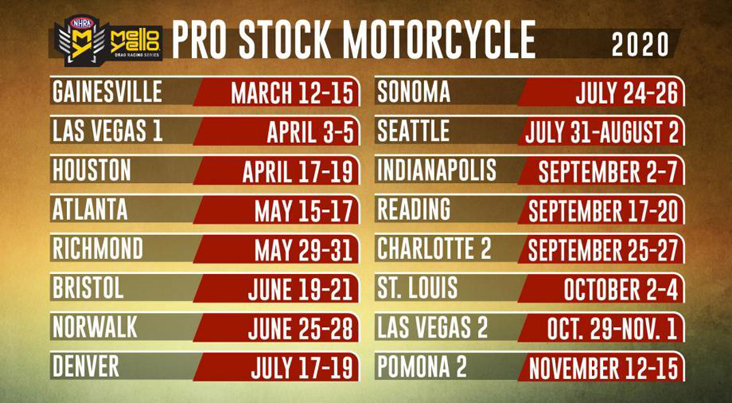