Dr. Meyer holds a Ph.D in anatomy and cell biology, but his true calling in life has been performanceproducts and speed. He’s a drag racer by nature, holds an NHRA competition license, and also sits on the Board of Directors of SEMA. General Motors recruited him in 2005 to work with its Performance Parts marketing team where he spent more than a decade connecting speed products with aftermarket influencers.

For the last two and a half years he’s worked as Chevrolet’s Performance Parts Program Manager, where he’s been equally bullish on Chevy’s horsepower legacy and the future of performance (think electric vehicles). He’s one of the people who championed the COPO (Central Office Production Order) Camaro program for the fourth-generation ponycar, he’s a true car guy, and, at age 50, he’s left GM and moved to Indianapolis to become the president of the Performance Racing Industry (PRI). What kind of person would do such a thing? Your kind of person. We spoke with him from his new home base in Indy to find out more about PRI’s new race car czar.

What was your first race car?

My first race car was a go-kart my grandfather raced in the ’50s. He’d taken the “hot” motor off and put like a two-horsepower engine on it for me to tear up his front yard with.

What was the first race you attended?

I grew up in upstate New York, so it was at Watkins Glen for a NASCAR race; not a full-blown Cup race, but a smaller road race. 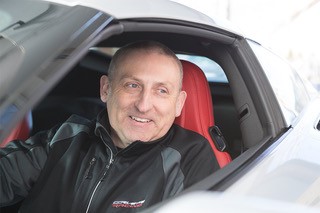 First race you competed in?

That would’ve been in 1992, in an ’86 Mustang that I drag raced at New York International Raceway Park.

I remember my first pass was very easy; it was in the 17s because I just really wasn’t sure what was going on. When I figured it out later that night, it ran 14.50s.

There’s not just one individual. I have a genuine admiration for the racecar driver persona – a person who can come into a situation and evolve an entire program around their passion.

Ten years ago I would’ve told you a specific car, but I have grown to appreciate many types of race cars for many different reasons. I’m not hedging on the question. That’s just how I think about cars right now.

What’s the purpose of racing?

There are several levels. Racing is a competition of spirit and will. It’s an extension of athletic competition in its purest form. It has evolved to represent more than just the drivers. It’s a skillset, it’s a technical expertise, and it’s a challenge of willpower on many fronts. I think racing today is more about technical advancements and what technologies we can bring into a competitive science.

What’s the role of an organization looking to serve motorsports and the industry around it?

In 2020, the answer is an unprecedented level of care, concern, and empathy for everybody involved in racing. There is a requirement for leadership now that I don’t think the racing industry has ever required. Prior to this year, the answer would have been relatively simple: PRI, like NHRA, brings great people together with a common passion.

On the business side of PRI, there’s a mandate to share technology and experience. That sharing has primarily been established at the PRI trade show since 1986. But I spend a lot of time thinking about the short- and long-term relationships that come out of that trade show, and how we can best help our partners. I was at the NHRA’s return to racing for the 2020 E3 Spark Plugs NHRA Nationals, and I look to share some of the lessons and techniques learned there with other partners. People need to understand that, in this environment, if you don’t have an NHRA and you don’t have a PRI, you’re just not going to have racing. That’s not an exaggeration. If it wasn’t for [NHRA President] Glen Cromwell and the NHRA staff considering all the options, working with the local authorities, and leveraging the properties that NHRA holds, you just wouldn’t have top-level drag racing product to showcase right now.

“THERE ARE NO EXPERTS IN THIS SPACE, THEREFORE YOU HAVE TO BECOME THE EXPERTS.” —Dr. Jamie Meyer, President of PRI

I’m going through the same thing with the PRI team. I can’t overstate the passion and the commitment that the city of Indianapolis has towards both organizations, but PRI is coming to the critical point that the NHRA has already passed, which is what do we have to do to hold a convention in December in Indianapolis? What are the right steps, and above all, how do we keep people safe?

Do you see yourself as a savior, a visionary, an operator, or something else?

I had a chance to set the pace for what I thought the future of PRI should be; that was a large part of the interview process, and I think that’s what ultimately allowed me to have the job, which is quite an honor. Yet we are quickly learning as a country, and certainly as an industry, that there are no experts in this space, therefore you have to become the experts. There’s no handbook on how to navigate a pandemic right now. I’ve learned a lot from observing. As far as location, the state of Indiana, and the Indianapolis Convention Center, are hugely important partners. The Visit Indy team, which is full of experts who are hooked into the local government, are talking with the Indiana Health Department, the Indiana Governor’s Office, and have become a huge resource for groups looking to hold events like PRI, the U.S. Nationals, and the Indy 500. There’s momentum there that we can grow off of – but there are no good answers. There are just the best answers, and the best plans we can put forward day to day. 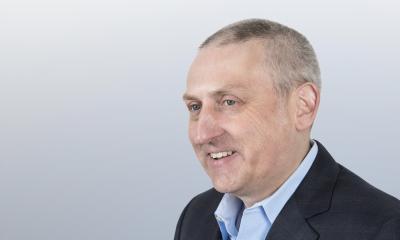 Give us a sense of how big the motorsport industry is.

There’s a great piece of data put out every year by SEMA, known as the Annual Market Report. All told, the aftermarket industry is $46 billion in annual revenue, with about a third of that being race parts. There are roughly 1,500 tracks in the United States, and we’vehired Gene Bergstrom, Tom Deery, and Frank Hawley to be PRI ambassadors to help these tracks get the word out about what people can do, and what to expect.

“THE AFTERMARKET INDUSTRY IS $46 BILLION IN ANNUAL REVENUE, WITH ABOUT A THIRD OF THAT BEING RACE PARTS.”—Dr. Jamie Meyer, President of PRI

What does your departure from one of the world’s largest automakers tell us about the future of factory performance vehicles?

I left General Motors on a path towards success. They’re largely focused on commuter cars,not necessarily performance vehicles, but there are incredible opportunities with racing in this country. The way the SEMA board is structured and the assets that are in place at PRI, gives the racing community incredible opportunities. Candidly, I wanted to be a part of it. Right now, PRI is an association of businesses, but we’ll move to individual members, and that’s when the advocacy for the racing industry can really pick up the pace.