NHRA National Dragster photographers Jerry Foss and Marc Gewertz were all over Auto Club Raceway at Pomona to capture the action on and off the track at the 60th annual Lucas Oil NHRA Winternationals presented by ProtectTheHarvest.com.
07 Feb 2020
Posted by NHRA.com staff
Gallery

Fans entering the track were greeted by a vintage Winternationals sign like the one that hung over the starting line for decades. 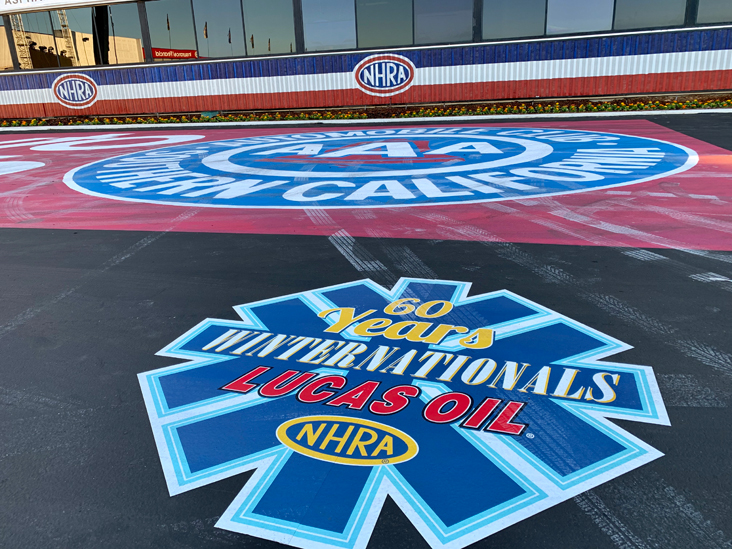 The iconic Winternationals snowflake is also prevalent throughout the facility. 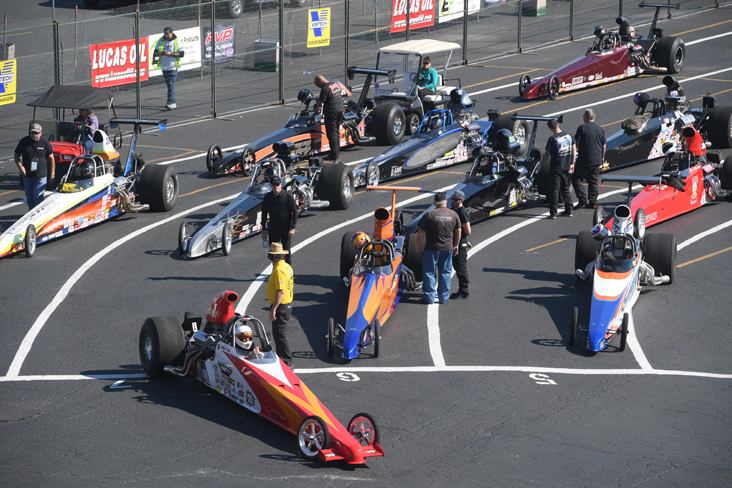 One of the largest fields in Winternationals history is on hand thanks to the diverse selection of Sportsman classes competing at the event. 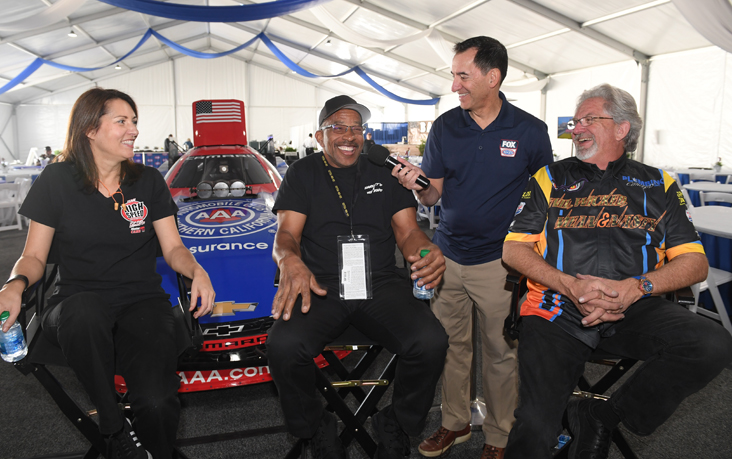 Nostalgia Top Fuel and Funny Car teams are also making exhibition runs this weekend. Prior to their opening runs today, NHRA's Lewis Bloom, second from right, hosted a roundtable with some of the competitors including, from left, Nostalgia Top Fuel champ Mendy Fry, Rodney Flournoy, and Dennis Taylor. 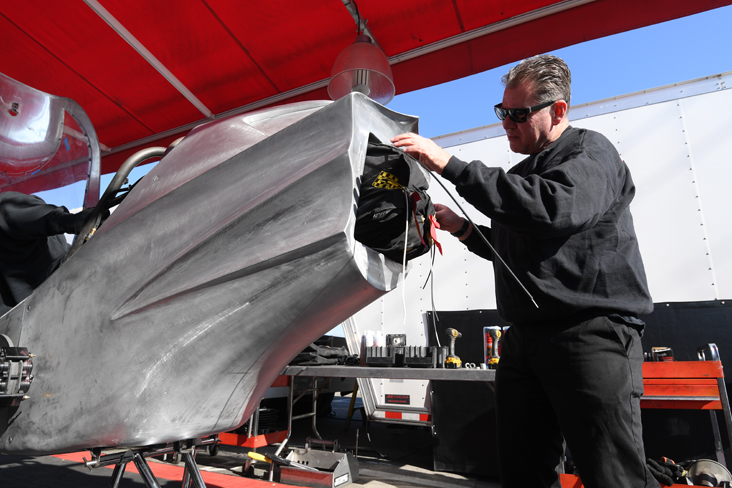 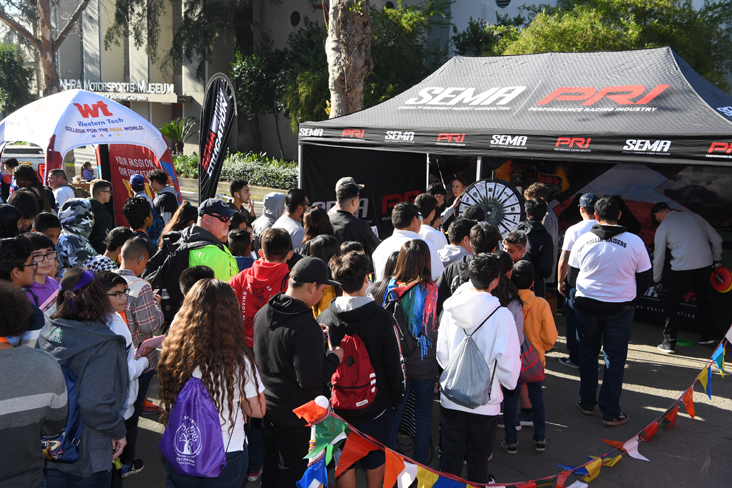 NHRA's Youth and Education Services program was on display at the NHRA Motorsports Museum, where local high schoolers checked out careers in the automotive world and listened to a group of NHRA speakers. 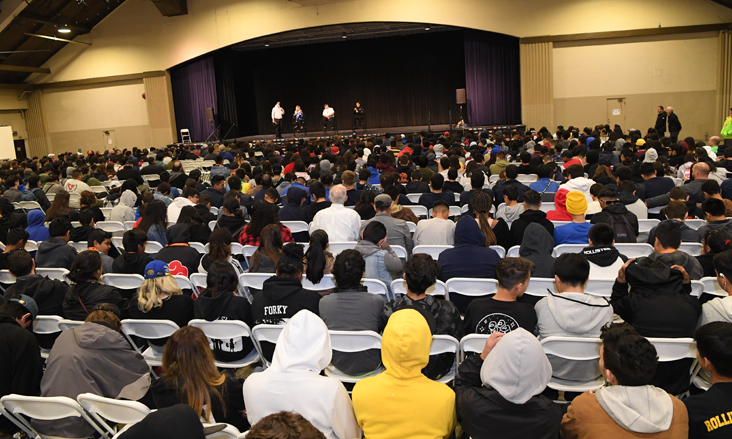 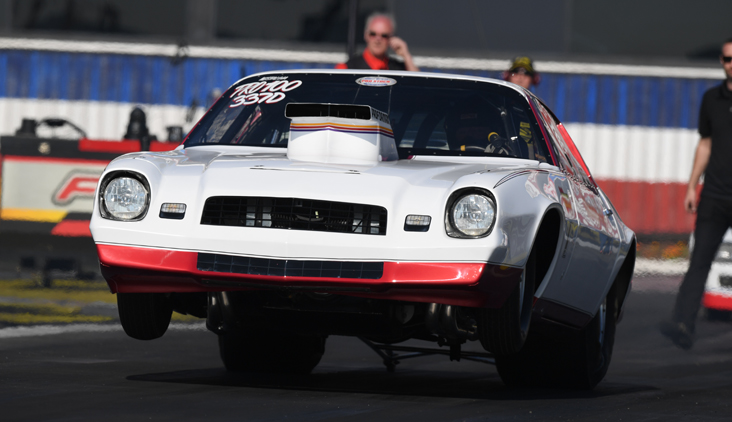 Nostalgia Pro Stockers are also part of the 60th Winternationals celebration. Check out the video of their first runs here. 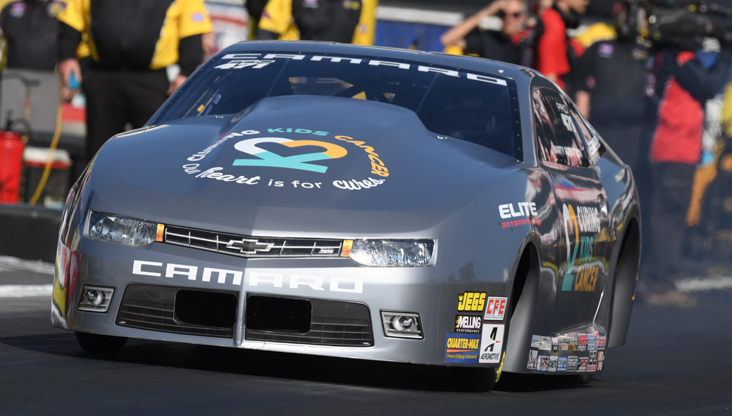 Marty Robertson is one of the new drivers in the modern Pro Stock scene, making his debut at the event in an Elite Motorsports team car. 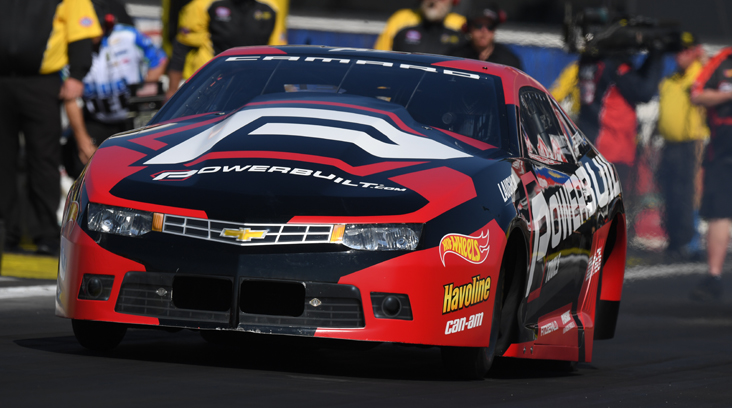 Pro Stock's Alex Laughlin, the man of 1,000 wraps, has a new look in Pomona bannering PowerBuilt.com on his Chevy Camaro. 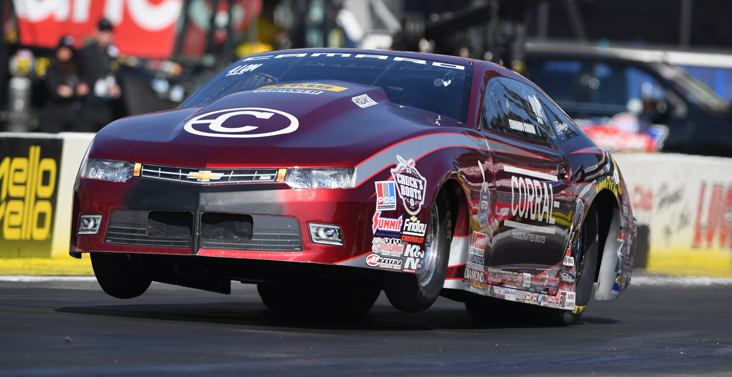 Fernando Cuadra evoked some memories of Pro Stock past with this nice wheels-up launch. 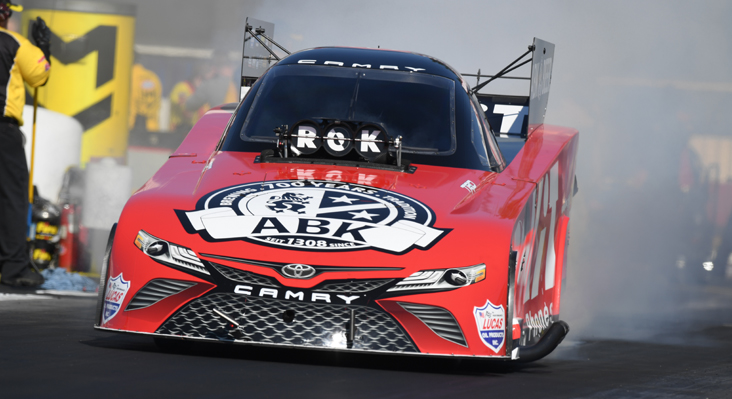 Alexis DeJoria made her return official after a two-year absence from the Funny Car class, powering down the Pomona track with her ROKit Phones/ABK Beer Toyota. 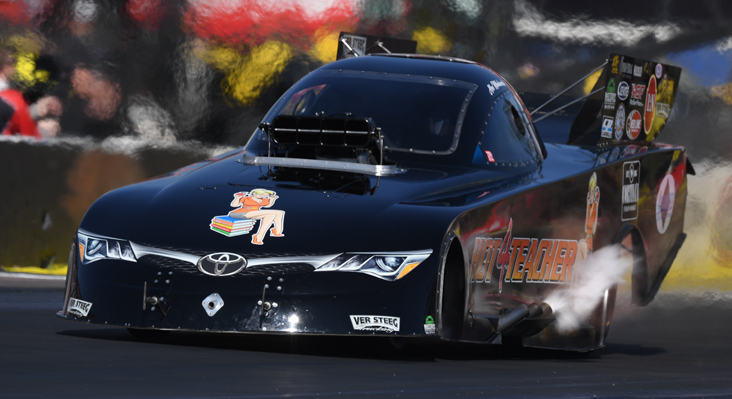 Former Nostalgia Funny Car racer Alex Milonodovich is making his "big show" debut with his Hot For Teacher Toyota and acquitted himself well on opening day. 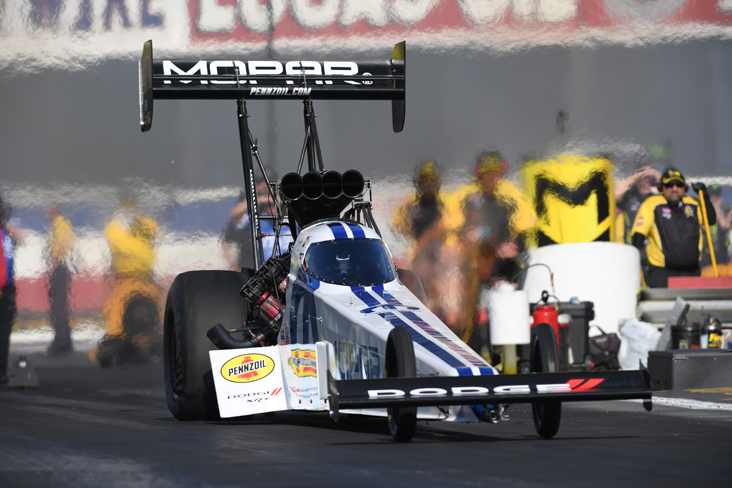 Leah Pruett has a racy new look on her Mopar-sponsored Top Fueler. 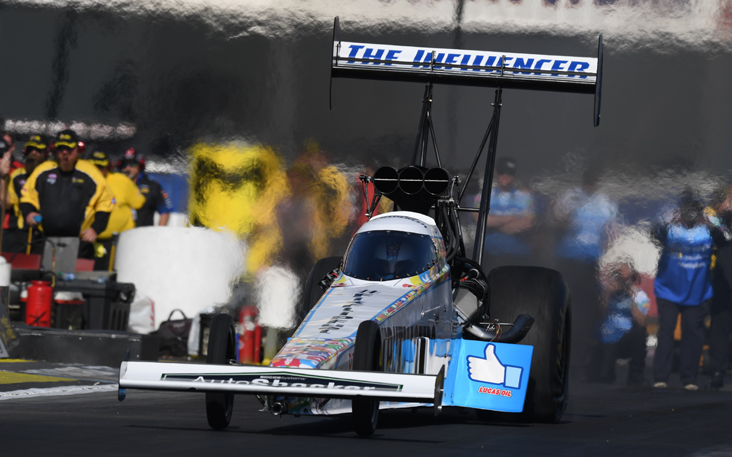 Justin Ashley, sure to be a frontrunner for the Auto Club Road to the Future award as the season's top rookie, is launching his Top Fuel season this weekend. 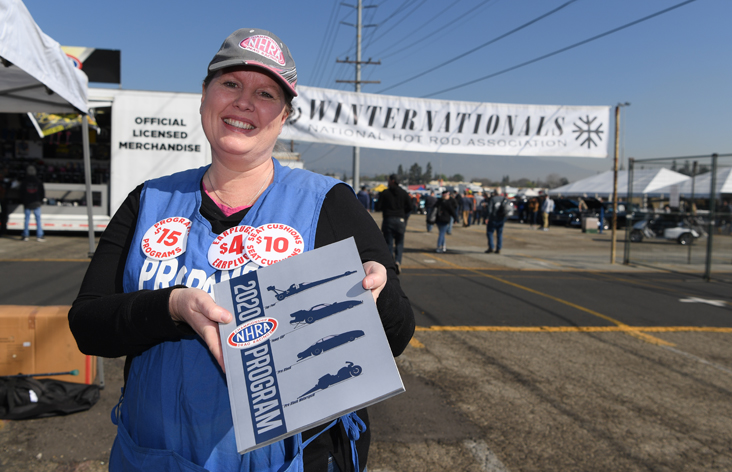 Race-goers also got their first look at the new NHRA souvenir program, packed with hundreds of pages explaining the sport and showcasing the drivers. 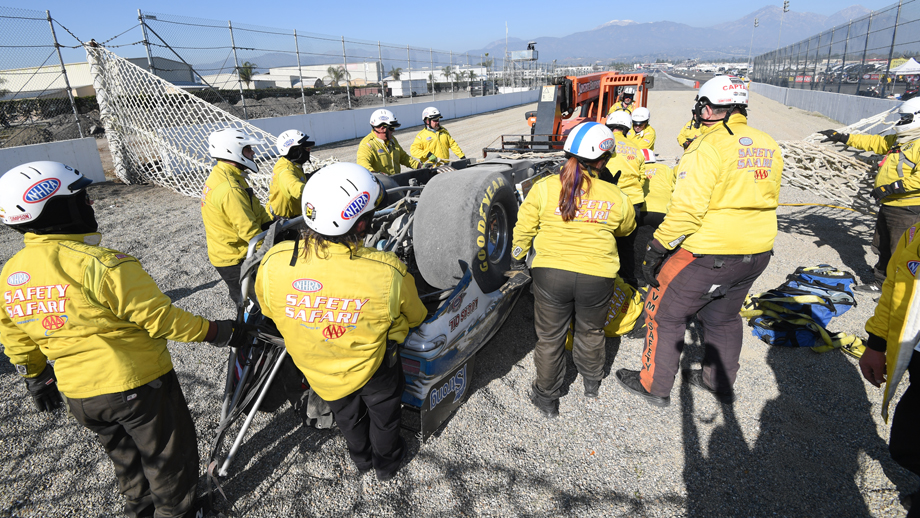 Nostalgia Funny Car racer Dan Horan Jr. ended up upside-down in the sand trap after his parachutes failed to deploy on a 262-mph pass [video] 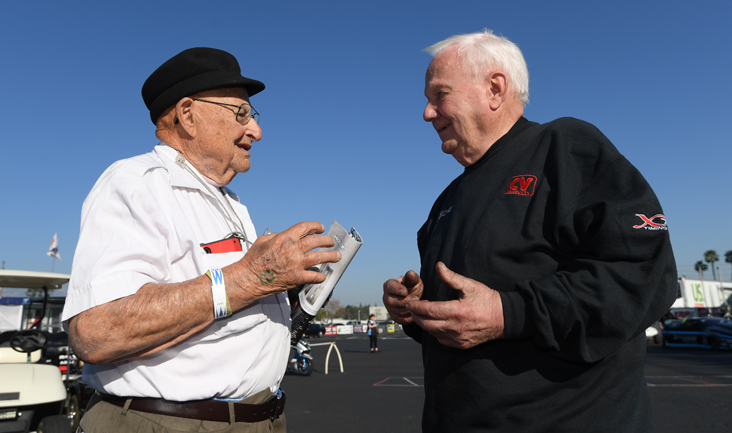 How would you like to have been part of this conversation between legendary camshaft wizard Ed Iskenderian, left, and Pro Stock icon Warren Johnson?