Drag racing lost another of its great figures last week with the passing of former Top Fuel owner, crew chief, and engine builder Mike Kuhl, who is remembered in this column by the two people closest to him, his former driver/partner Carl Olson and his soulmate Lynn Rose.
03 Jul 2020
Phil Burgess, NHRA National Dragster Editor
DRAGSTER Insider

When I was a teenager, like a lot of boys that age, I was assembling plastic kit models -- getting airplane glue everywhere and learning just how sharp an Xacto knife was (four stitches!). I was, of course, already a drag racing fan and there were plenty of drag models to build, especially from our friends at Revell. Most of the ones I built were the traditional 1/25th scale, but I splurged once on one of the 1/16th-scale models, emptying my meager paper-route piggybank for the giant Kuhl & Olson “Da Revell Fast Guys” Top Fueler. 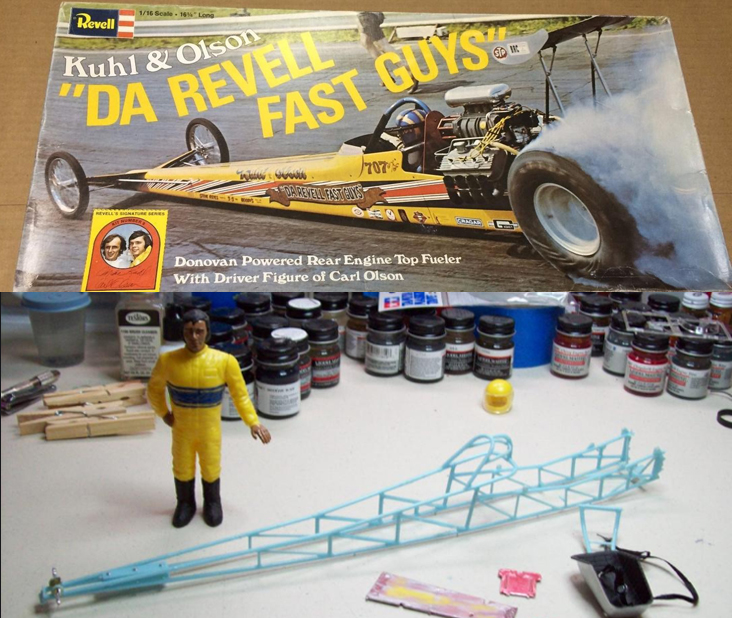 The model measured more than 16 inches long and came with a bonus figure of driver Carl Olson. In retrospect, the kit should have included one of partner and tuner Mike Kuhl, too. You probably could have one without the other –- they started their racing careers that way –- but why would you? Together they formed not only one of the great Top Fuel teams of the early 1970s but one of the great friendships that endured long long after the racing ended, and right up until June 23, the day we lost Kuhl at age 82. 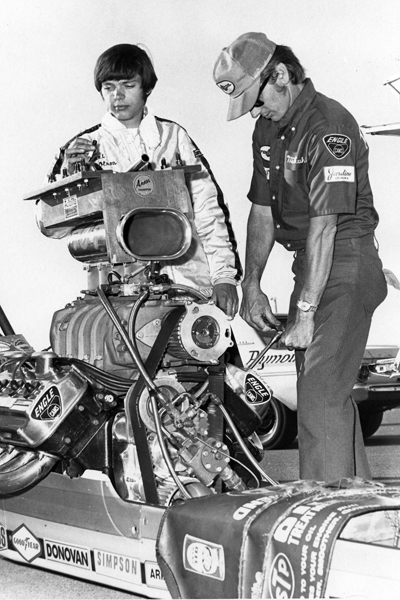 I wrote extensively about their partnership in a column here seven years ago and, like I said, while each had a great career before their partnership –- Kuhl, a St. Louis transplant who worked his way from blown gassers into Top Fuel, where he hired drivers like Steve Carbone, Bill Tidwell, and Dick Rosberg, and launched a very successful engine-building business,  and C.O. in nitro cars in varying levels of partnerships with guys like Bill Stecker, Jack Ewell, and Don Bowman -– but when they joined forces in March ’71, the chemistry of a talented engine maestro and a studious pilot yielded magic. Within a year, they’d won the NHRA Winternationals and were runners-up at the fabled Bakersfield March Meet, won several IHRA national events and the IHRA world championship, and won The Last Drag Race at Lions Drag Strip --- all in 1972. They were runners-up at the ’73 U.S. Nationals and went on to win the March Meet together in 1974 –- running the table with low e.t., top speed, the No. 1 qualifier spot, and a spot in the exclusive Cragar Five-Second Club -– before Olson pulled the ‘chute on his driving career at season's end.

While Olson remained active with the car and Kuhl with a slew of hired drivers, Olson went on to have a long career at the NHRA and SEMA. Kuhl kept busy, expanding his engine-building business to also include superchargers before getting into the nostalgia racing business in a big way in 2001, doing restorations and recreations of famous drag cars and becoming heavily involved in the Cacklefest exhibitions. The duo was honored by NHRA in 2007 with a Lifetime Achievement Award and enshrined –- together -- in the International Drag Racing Hall of Fame in 2012.

Kuhl’s last few years of life were tough ones, his memory ravaged by Alzheimer’s Disease and his body by kidney issues, and a recent fall left him in severe pain that finally ended with his passing.

“The last few weeks were very difficult for him and, in my mind, he's in a much better place now,” said Olson. 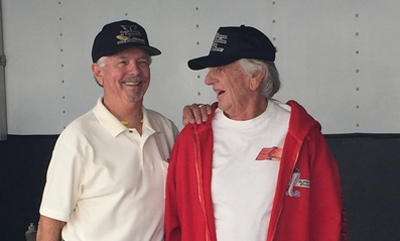 “There's simply no way that I can truly express what our partnership has meant over the past 51 years, but I'm sure you can understand what a huge loss his passing is for me. During our last time together a couple of weeks ago, we pored through a couple of dozen photos that I brought along with me, and I'll never forget the big smiles they brought to his face. I'm so glad that those smiles will be my enduring memory of him.

“Mike was a man with a great heart, and a willingness to help anyone anytime. The time that we spent together in his shop and racing around North America will remain among my fondest memories for as long as I live. Aside from his mechanical prowess, his most enduring quality was his honesty. We never had even one misunderstanding, because we were always 100 percent honest with each other. I don't know what more one could possibly ask for in a partner and a friend.” 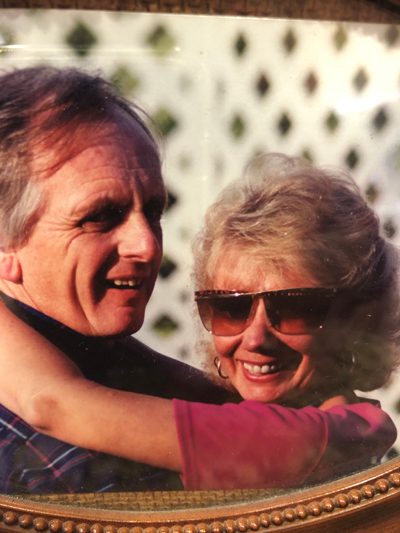 Few knew Kuhl better than Olson, but one who probably did was Lynn Rose, his love and companion for more than 40 years. She was with him through all the good times and was there to comfort him through the bad ones right to the end.

A lot of people know Lynn as the get-it-done right hand of dragstrip owner/promoters like Bill Doner and Charlie Allen, but she first met Kuhl through boat racing in the late 1970s.

“I was working at Speed Marine in Orange, Calif., and Mike used to build the engines for our marathon boats,” she remembered. “We went to a lot of boat races and drag races together all over the country and had a lot of fun, and once Orange County [Int’l Raceway] closed, everything settled down for us. Mike was behind me in everything I did after that, from working for Charlie [Allen] at Firebird [Int’l Raceway], for Doner even when he didn’t have racetracks, and especially when I started my travel agency. Whatever I did, he backed me. He was a good man. He would do anything for anybody.

“The Cackle cars were so good for him, to still be around nitro cars and to be with all of his old buddies and hanging out with what we called ‘the Geezer crowd.’ He’d do anything for those guys and could never say no to anyone. He’d work long hours at his shop for the Cackle guys. I’d call him and ask him when he was coming home for dinner and it was, ‘I have to get this done; I’ll be home late.’ Even when his health started to fade, being around those guys was the best medicine he could have. 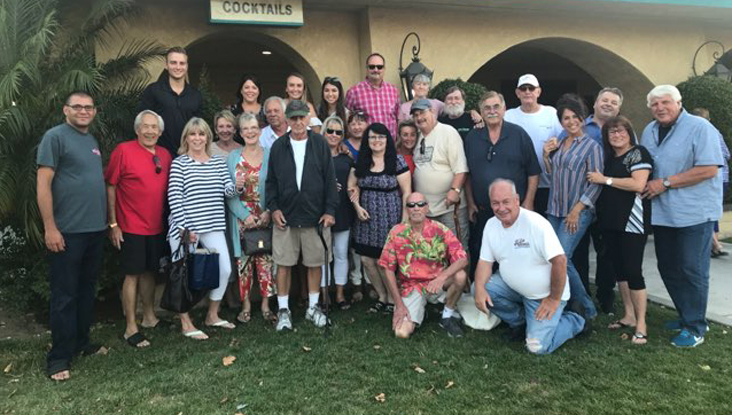 “I threw him a big 80th birthday party and there must have been 250 people there, and it was a good time for him because he still knew and recognized everyone.  He lived a good life and he loved life and had so many friends, even outside of drag racing. We had a place on the Colorado River where we’d go almost every weekend to boat or water ski, and he made new friends that way, and had golfing buddies, too, who he’d go spend two or three days with a couple of times a year.

“He really struggled at the end -- Alzheimer’s really sucks – but, for some reason, he never lost the drag racing part of him,” she remembered. “When Carl came over to see him and show him those photos, he could tell you who they were racing and where it was. He could remember people’s names but if I asked what we had for dinner last night, he wouldn’t know. And it was heartbreaking to see how much pain he was in. [His passing] was truly a blessing for him, but I’m thankful I was there with him and he was comfortable.”

And we’re all thankful that Mike Kuhl was a part of our lives and our sport. He truly was a “Kuhl” guy in so many ways.

Here are some bonus photos from the ND archive, from Lynn, and from Steve Reyes. 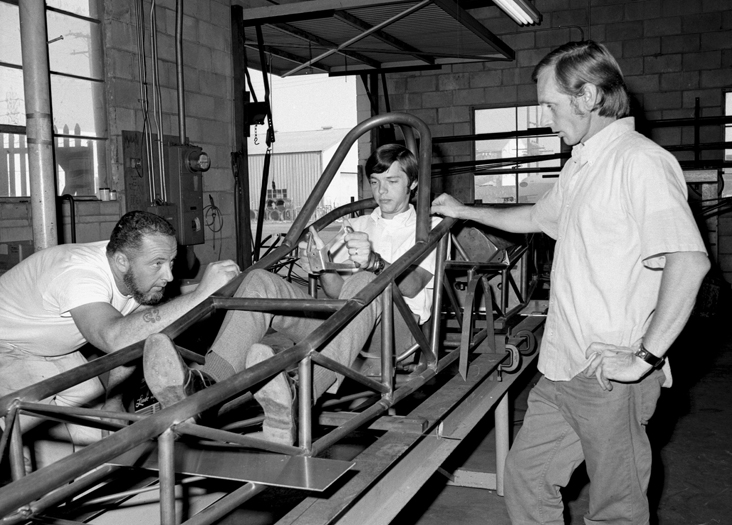 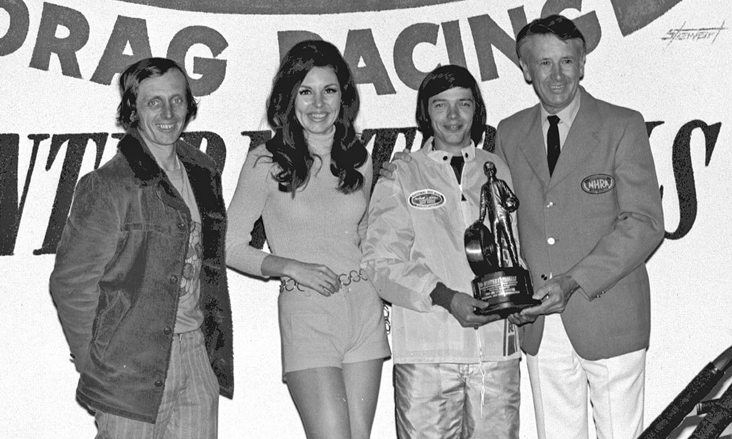 Kuhl and Olson tasted their first major of fruits of victory at the 1972 NHRA Winternationals, where NHRA president and founder Wally Parks congratulated them. 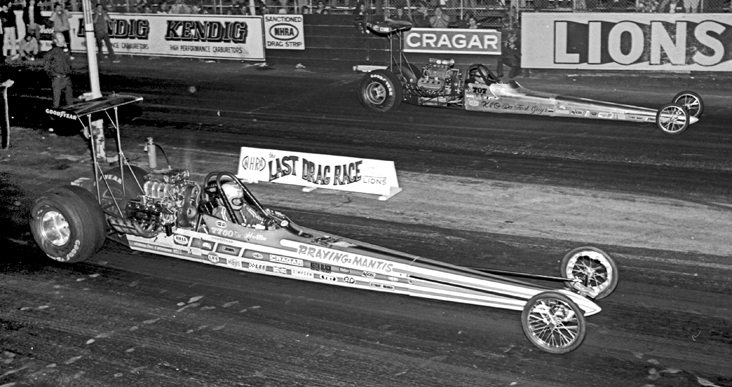 Olson called their victory at the 1974 March Meet one of his biggest wins, and he had quite a few with Kuhl. 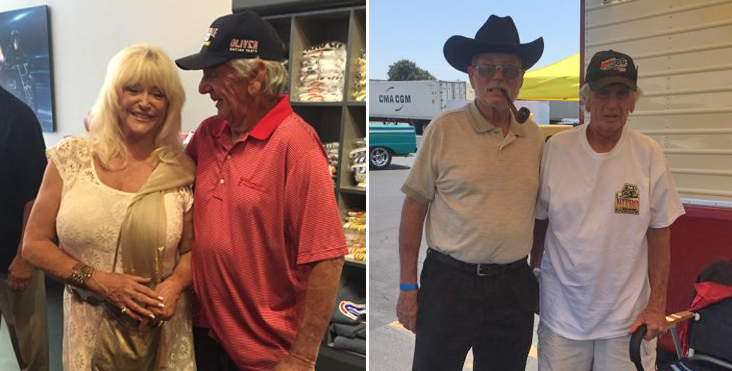 Kuhl had friends in high places including (left) Miss Hurst Linda Vaughn, and (right) fabled SoCal chief starter Larry Sutton, who sent many of Kuhl's cars down tracks like Lions, Irwindale, and OCIR. 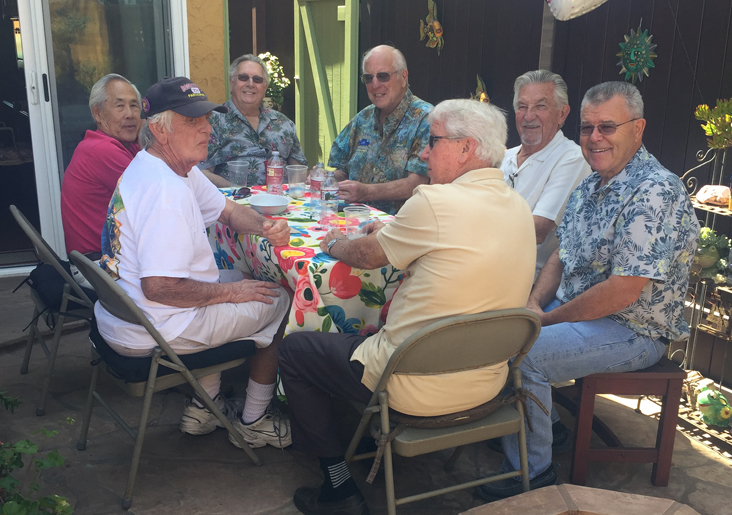