Erica Enders builds on her own legacy with third world championship

Erica Enders became the 25th racer and third woman to win three Professional world championships when she defeated Chris McGaha at the Auto Club NHRA Finals in Pomona. She established her place in Pro Stock history long ago, but it always feels like a fight for Enders, who needed to beat her biggest rivals to claim the 2019 Pro Stock world championship.

The title is the first for Elite Motorsports since Enders went back to back in 2014 and 2015, ending a roller coaster three-season arc for the Oklahoma-based race team. Richard Freeman guided the team to three straight titles, beginning with Jeg Coughlin Jr.’s 2013 triumph before making a manufacturer change in 2016.

That’s when the problems began. Enders went winless in 2016 and won just twice over the next two seasons, failing to crack the top three in either season while the team attempted to work its way back into shape. Her driving never faltered as she clashed with foes both old and new. 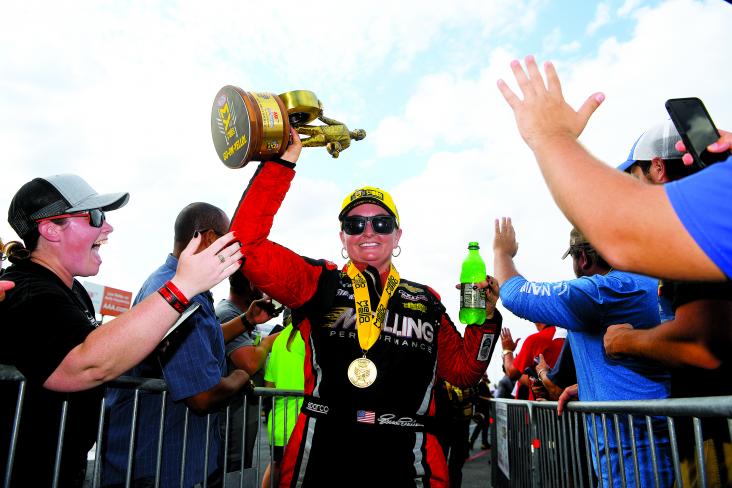 Those familiar faces stood in her way on Sunday at the Auto Club NHRA Finals. She won the previous race, the Dodge NHRA Nationals Presented By Pennzoil in Las Vegas, to put herself in a rain jacket filled with holes; it featured all the appearance of comfort with none of the actual benefit.

Multiple KB Racing competitors remained in the hunt for the title, and her biggest rival, Greg Anderson, had a plan to keep Enders away from the trophy. He purposefully qualified 15th by shutting off his Summit Racing Chevy Camaro early on all four of his qualifying passes. That booked him a first-round matchup with Enders, needing a victory to give his teammates a shot at winning a title. It almost worked.

“I was pissed about it on Friday,” Enders said of Anderson’s plan. “We don’t usually see that in Professional drag racing. That’s just not how it usually works. Like I said, I was kind of mad on Friday, but then I went to bed and woke up and decided to use it as positive energy. Like, if he wants to try to hook me, let him. I’m not scared of him — if you’re gonna try to race me, I’ll send you packing.”

Enders left a thousandth of a second behind Anderson, essentially a coin flip in reaction time, and that was close enough for her Camaro to do the rest of the work. She won by just .004-second and moved a step closer to her third title with another familiar foe in her path: McGaha.

That rivalry does not have the same storied history as Enders/Anderson if only because it couldn’t possibly. But if McGaha’s protest of Elite Motorsports’ engines in 2018 is unfamiliar to you, it’s because you don’t work for the Oklahoma outfit. Elite remembers, and so does Enders, who again needed to keep her composure to secure the title.

“I don’t feel like it’s easy [to keep my composure]. I feel like I’ve gotten better at it because we’ve been in those situations so many times,” said Enders. “I cannot let any outside distractions or any variable affect my mindset in the car. So, it hasn’t become easier, I’ve become more experienced at it.”

Enders repeated her light from the first round to the thousandth of a second, grabbing three-hundredths of a second against McGaha and holding on to beat him on a holeshot. Her two Sunday round-wins provided perfect symbolism for her season: She earned one with her left foot, and her crew chiefs earned one with horsepower. 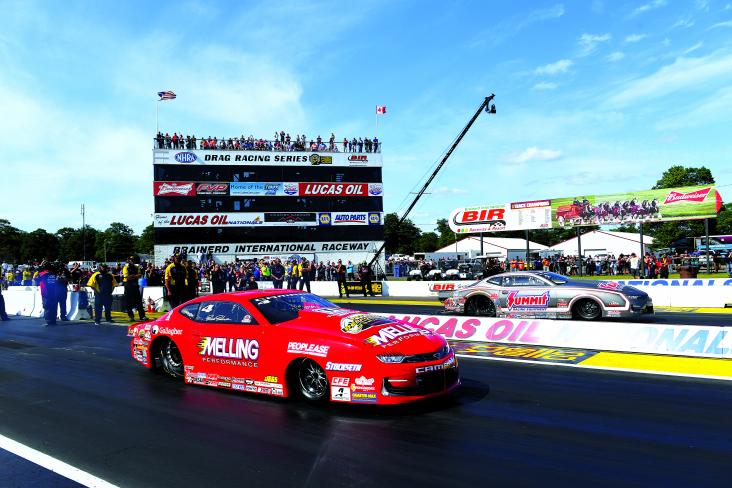 Her ascension to the top of Pro Stock made the NHRA Northwest Nationals, just nine races prior to the season finale, seem like a very long time ago. Enders left Seattle in eighth place without a win to her credit. She had been to one final round, and while Elite Motorsports as a group looked competitive (it’s Pro Stock, after all), Enders was not the title favorite on her own team.

That changed after Brainerd, it just took us awhile to realize it. She went to back-to-back finals in Minnesota and Indianapolis and lost both due to parts failure, the most dramatic example of which came at the U.S. Nationals. Her loss to teammate Alex Laughlin could have been demoralizing, but it allowed Enders to start the playoffs in fifth place and demonstrated the team was a true title threat.

“It was just gut wrenching. I had never experienced a loss that made me physically ill like that in my entire Professional career,” said Enders. “Knowing what happened in the car and just trying to do whatever I could to get the car to go down the track, I knew when I let the clutch out that I had cracked the Tree, I knew I was good. But it wasn’t until I saw the time slip that it was just a … rip my heart out, stomp it on the ground type moment.” 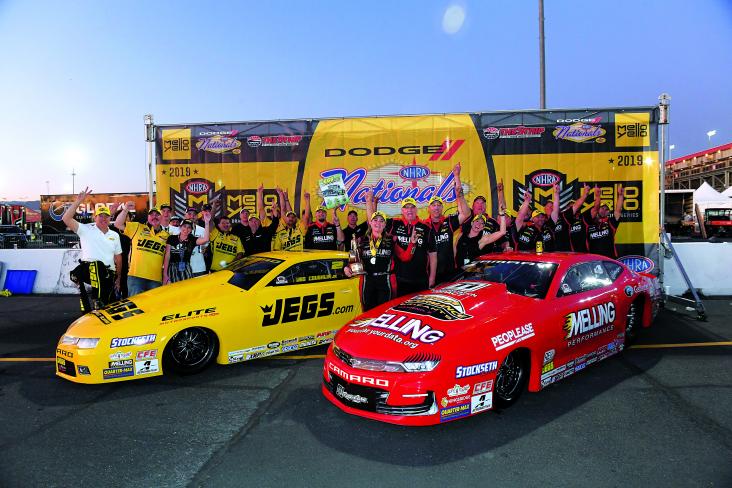 Two races later, Enders stood in the winner’s circle for the first time in more than a year after beating Matt Hartford in St. Louis. She left the AAA Insurance NHRA Midwest Nationals in second place, nipping on the heels of Jason Line with what appeared to be the best car in the Pro Stock pits. She won in St. Louis despite not having her best day as a driver, which is like finding out Michael Jordan just dropped 38 on you with the flu.

It didn’t get better for the field after St. Louis. She took over first place in Charlotte after reaching the semifinals, and her second-round loss in Dallas didn’t sink her because of a great day from Anderson. Her second win of the season in Las Vegas all but locked out competitors, guaranteeing a nervy Sunday in Pomona, but one the team could handle.

It can be difficult to appreciate how difficult it is to win three championships, especially in an era that hardly resembles that of the 1980s or 1990s. The list is terrifically small, including only 10 active drivers in the Professional ranks (four of whom, including Enders, race in Pro Stock). That Enders has made this sort of history so young should only excite fans for what’s coming ahead; this isn’t the end of an arc for her or Elite Motorsports.