The road to becoming a drag racing champion is grueling, lonely, and doesn’t come out without sacrifices.

But it does make for some unforgettable stories.

For nearly 20 years the place to hear those stories, told by the people who lived them, is the Wally Parks NHRA Motorsports Museum’s Night of Champions. It’s an evening of legends, surrounded by record-breaking race cars, presented for free to a standing-room-only crowd.

To celebrate the 60th running of the Lucas Oil NHRA Winternationals presented by ProtectTheHarvest.com, the NHRA Museum hosted two of southern California’s drag racing icons— Don “The Snake” Prudhomme and “TV” Tommy Ivo. The 2012 NHRA Funny Car Champion, Jack Beckman, was tasked as MC for the evening, and was the perfect lens to focus the audience’s questions and love of drag racing toward the heroes on stage. 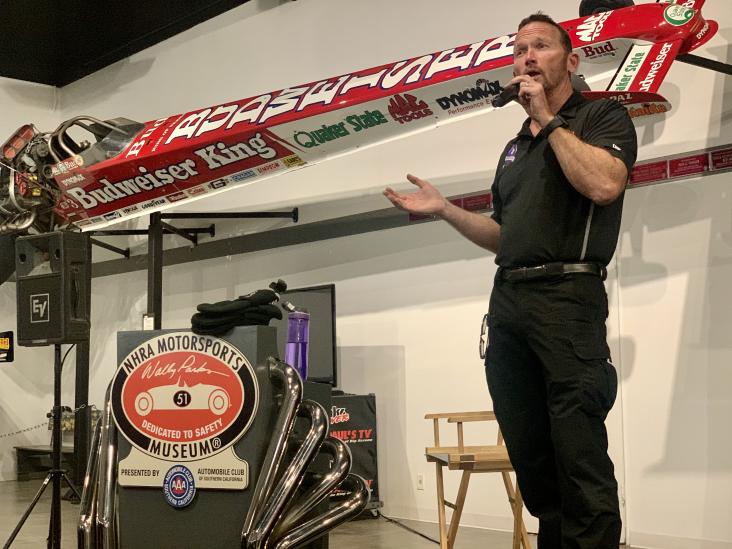 As Prudhomme and Ivo sat down, they were roasting Beckman (and each other) before all three mics were even hot. The fans in attendance got to hear how life on the road began for “TV Tommy” and the “The Snake” in 1960. As no surprise, in some cases they had two very different versions of their shared history.

“I starred in movies before there even was TV,” said Ivo. “But I think I may have done one too many comedies, because I was always trying to find the funny. We weren’t on the road for more than two days, and on the second day, I poured out [Prudhomme’s] shampoo and replaced it with 10-weight oil. And that was just the start.”

Prudhomme laughed, “That’s a true story.” But he couldn’t hold a grudge because he learned so much about the business of drag racing from being on the road with Ivo.

“I remember being at a track in York, Pennsylvania, and seeing a promoter counting out money on the hood of a car,” said Prudhomme. “My eyes just got huge looking at that money. Nobody was getting paid to show up for drag races back then—except Ivo.”

The stories continued well into the early evening. Most of them true, many of them scandalous—all of them worth hearing. 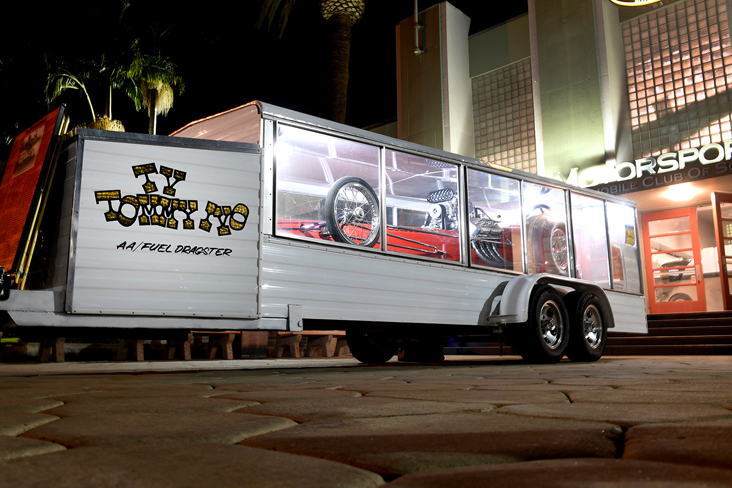 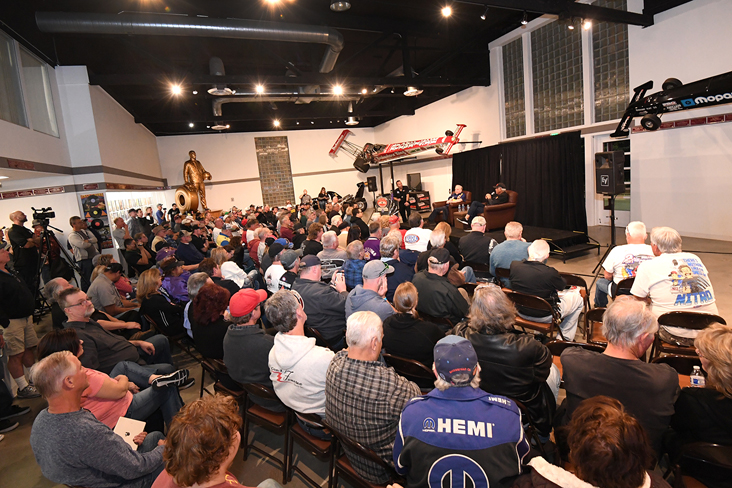 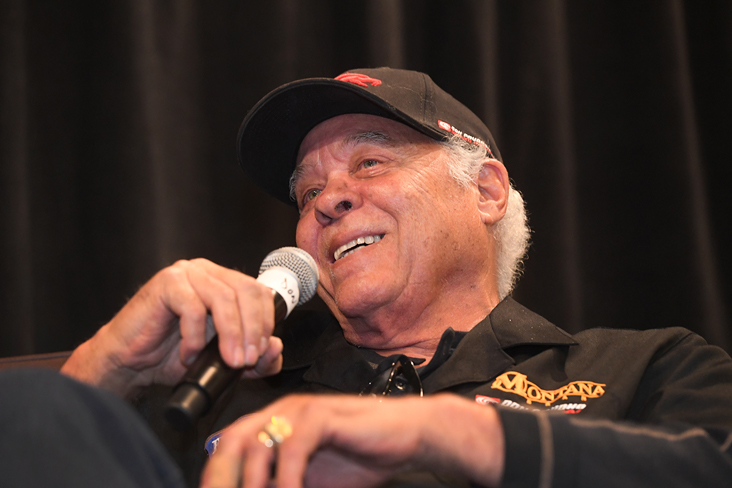 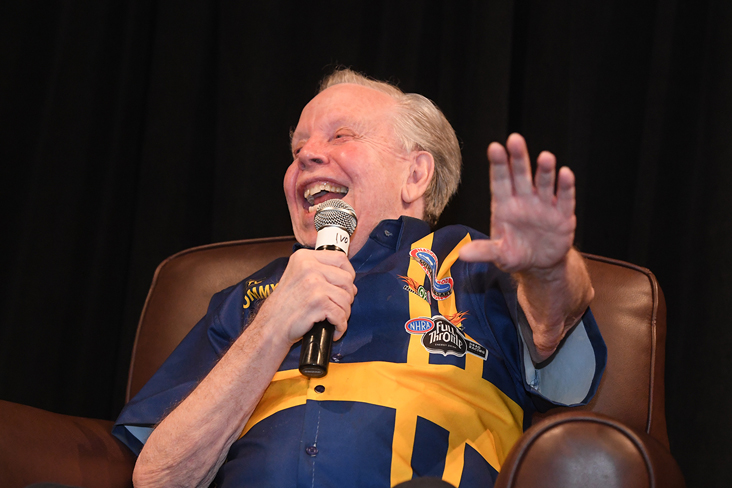 About the Wally Parks NHRA Motorsports Museum
The Museum is an independent non-profit 501(c)(3) organization. Since 1998 the Wally Parks NHRA Motorsports Museum has been a separate organization with its own governing Board of Directors who direct the Museum’s vision, purpose, and activities. This means you support goes directly to the Museum’s operation and programs. Please consider a tax-deductible donation to support the preservation of our past and inspire the kids who are our future.