On the surface, it looks like an open and shut case. Andrew Hines went to 10 final rounds in 2019 and won seven Pro Stock Motorcycle races. He also won 44 elimination rounds, by far the most of anyone in the Pro Stock Motorcycle class, and he went a very respectable 12-5 during the Countdown to the Championship. So, by all rights, he should have coasted to his sixth title. The reality was far different.

Hines did indeed breeze through the regular season as the class’ top seed, but the Countdown to the Championship playoffs produced enough drama to last a lifetime, including the season-ending Auto Club NHRA Finals, where Hines had to wait until the final run of the season to see if he could hang on to the title.

The drama unfolded in Pomona, where Hines suffered one of just two round-one losses this season. Paired with rookie Jianna Salinas, Hines only needed to win the first round to clinch the title and join the late Dave Schultz as a six-time champion. Normally one of the class’ steadiest riders, Hines made a crucial error when he rocked out of the staging beams and red-lighted against Salinas. 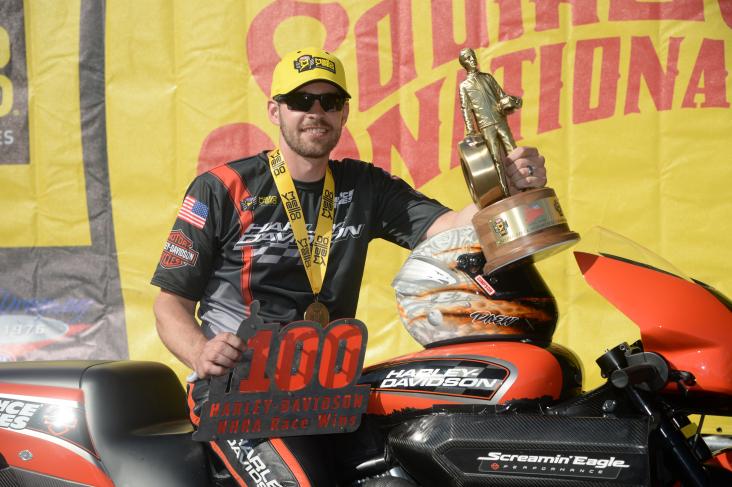 For the remainder of the day on Sunday, Hines suffered through an intolerable wait to see if his two closest rivals, Matt Smith or Jerry Savoie, would be able to unseat him. Each rider would have to win the race in order to do so, but they also had what were clearly the two best bikes in the field.

“That’s about the lowest I’ve ever felt since I started racing,” said Hines. “First, I couldn’t believe I red-lighted. I have this bad habit sometimes of rocking back when I stage the bike, and I rocked back far enough to roll out of the beams and red-light. After the first and second rounds, we were looking to see if anyone had enough to beat Matt or Jerry. I mean, after Eddie [Krawiec] and Angelle [Sampey] went out, we were pinning our hopes on Steve Johnson. It wasn’t a very comforting feeling. We figured that Matt and Jerry were going to race in the final, and that would be for the championship.”

As it turns out, the same rider who nearly ended Hines’ championship run turned out to be his ultimate hero as Salinas authored one of the biggest upsets in NHRA history when she won her first NHRA championship event in Pomona. Smith had her covered in the semifinals until his engine expired at half-track, and Savoie’s White Alligator Suzuki encountered a mechanical issue in the final round that essentially afforded a single run for Salinas, who became the fifth woman to win a Pro Stock Motorcycle event. 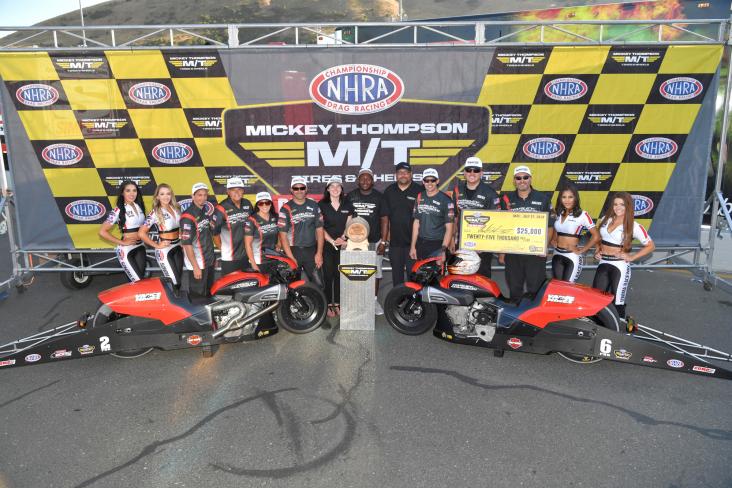 And where was Hines during all of this?

“I couldn’t watch,” he later admitted. “I was back at our hauler, listening to the PA. I didn’t want to go to the starting line, and I didn’t want to go down to the top end. I was just back at the hauler with my family and my team. When we heard [NHRA announcer] Alan Reinhart say that Jerry had a problem with his bike, I couldn’t believe it. I just figured he had a stuck throttle body or a TPS [throttle position sensor] that was acting up. I thought when he grabbed the throttle, it would clean up, and he’d make a good run and win the race. I told myself that at least he uses our Vance & Hines engines, so we’d be able to say we powered the championship bike no matter what. Nobody was more shocked than me when Jianna’s win light came on.”

Amazingly, Hines’ sixth title comes after a season where he went winless for the first time in 14 years. Hines struggled badly in 2018 but made a tremendous recovery, winning seven of the first nine races of the season. He also reset his own elapsed time record with a 6.720 in Gainesville and won the $25,000 top prize in the Mickey Thompson Tires Pro Bike Battle in Sonoma.

Hines and teammate Krawiec weren’t even fazed when they switched from their old Street Rods to the new FXDR platform early in the season. Hines debuted the bike in Denver and went on to win that event, plus the next race in Sonoma and the Pro Bike Battle. The move to the FXDR body aside, there was an even bigger change to the Vance & Hines team this season; the addition of Angelle Sampey as a third rider. The factory Harley team has long functioned well as a two-rider unit, and many openly wondered how the addition of another rider, even a three-time world champion, might affect the dynamic between longtime teammates Hines and Krawiec.

“Angelle was great to have as a teammate,” Hines said. “Part of the thinking was that we’d use her bike for data, but she’s so much smaller and lighter than Eddie or me, she requires a totally different setup. Honestly, it took longer than we expected to get her up to speed because we’re still trying to figure her bike out.” 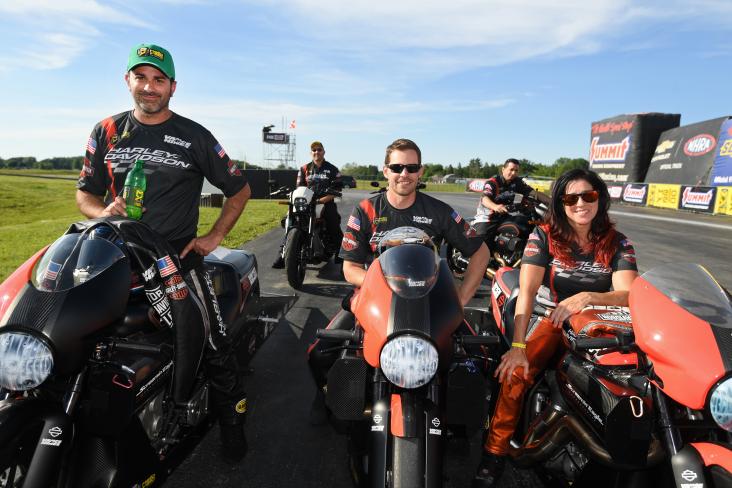 For all of his success during the regular season, Hines admittedly struggled at times during the six-race Countdown. He went to the final in St. Louis and won a week later in Charlotte but never managed to distance himself from the rest of the field. Back-to-back semifinals in Dallas and Las Vegas were helpful, but there were still a handful of riders in contention for the title heading into the final event of the season in Pomona. By that time, Hines admittedly no longer had the best bike in the class. In fact, it could be argued that he was behind both Smith and Savoie in the performance department.

“[In Pomona], I felt pretty good. We’d made changes to my bike, and I was really confident,” said Hines. “Then with the red-light, I just put my team in a bad situation, and those guys deserve better. At noon on Sunday, I never thought I’d be heading to Hollywood [Calif.] on Monday to give a championship speech. I can’t say enough about my team, though. They are the reason why we’re here. What they did all year long with eight wins and the Mickey Thompson Pro Bike Battle and all the low qualifier runs — today was one of the craziest days ever, but this team and what they did, that’s what impresses me the most.”