This much is certain; there is nothing certain about an NHRA Pro Mod car. By nature, any full-bodied car capable of running over 250-mph in less than six seconds is going to be unpredictable to a large degree, and that is one of the characteristics that has made the E3 Spark Plugs Pro Mod series a popular addition to NHRA national events.

Last season, Steve Jackson won his first Pro Mod series championship following a brilliant campaign that included four wins and two runner-up finishes. Jackson was one of eight different drivers who earned victories in the 12-race E3 Pro Mod series and one of 11 unique drivers that appeared in at least one final round. In fact, since the start of the 2015 season, there have been 55 NHRA Pro Mod events won by 24 different drivers. Six more drivers have appeared in at least one final round meaning that 30 individuals have raced for an NHRA Pro Mod Wally in 55 events.

The 2015 season was particularly memorable because there were no repeat winners. There were ten different winners in ten events, and eventual series champion Troy Coughlin won the title without the benefit of a single national event win. The series featured seven different winners in 2016, and nine each in 2017 and 2018. The age-old drag racing adage, “Anyone who qualifies can win,” certainly rings true in the Pro Mod class. 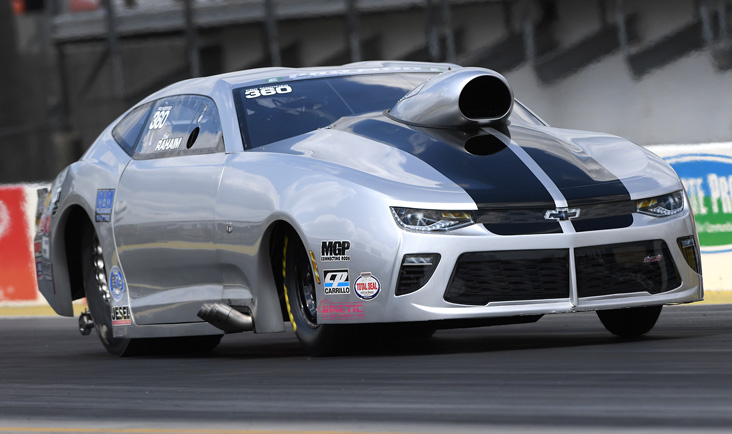 The parity that exists in Pro Mod would be remarkable under any circumstance, but in a fast-paced series that incorporates three very different powertrain combinations, that sort of equality is extraordinary. The current power adders in Pro Mod, including superchargers, turbochargers, and nitrous oxide, each deliver performance in their own way which often makes it difficult to handicap on against another.

The parity in Pro Mod is due in a large part to the diligence of the NHRA Tech Department, which is tasked with maintaining a level playing field for all competitors. The number of variables that determine performance are nearly limitless, but those that must be factored into each decision include tracks and weather conditions, and altitude. Rules adjustments, when made, often include changes in weight or boost. 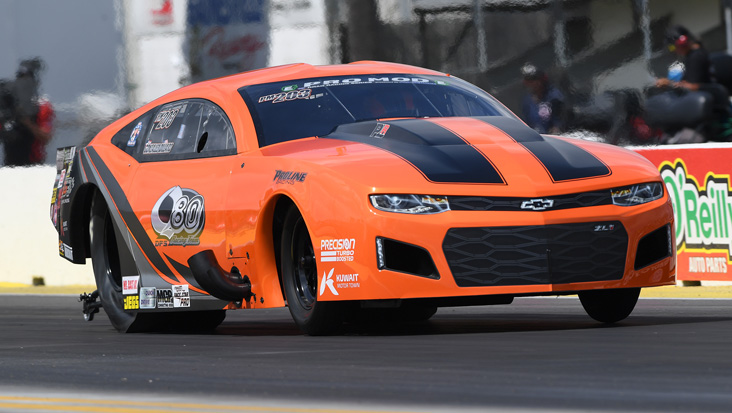 “It’s important for people to understand that any changes that are made to Pro Mod, or any other class for that matter, are not arbitrary,” said NHRA Vice President – Competition Ned Walliser. “We are constantly in the process of monitoring and researching each combination in regard to both their current performance and future potential. We have access to each run made by every car in the series and we are constantly collecting data and using those runs to determine the performance expectations of each combination.

We also have a direct line to the aftermarket companies that manufacture superchargers, turbochargers, and nitrous oxide systems and any chance to those components must go through the standard NHRA approval process before they are accepted for competition. When we see an obvious discrepancy between a particular combination or combinations, we act accordingly and make a parity adjustment. There might be some people who feel it’s personal, but that’s simply not true. We are following the process that we have developed over time and if you look at the results over the last five years, particularly the number of different winners in the class, it would be hard to argue that it hasn’t been successful.” 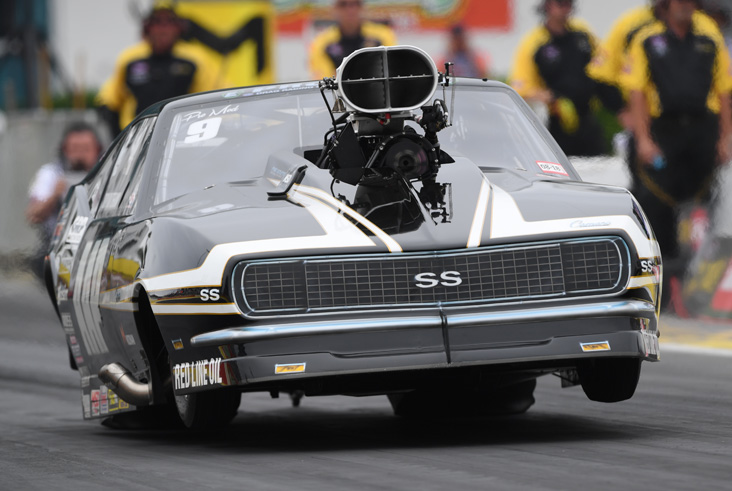 During the 2019 season, the supercharged cars admittedly collected the lion’s share of the trophies with eight wins while turbocharged grabbed three titles nitrous cars claimed one win. Those numbers don’t always tell the whole story. For example, at the Four-Wide event in Charlotte, turbocharged cars made up three of the four finalists with the lone supercharged entry of reigning series champ Mike Janis emerging as the winner.

The Pro Mod class will become even more diverse in 2020 with the addition of two new combinations to accommodate 526-cid centrifugal supercharged and a 960-cid nitrous oxide engines. Those two combinations will debut at the season-opening Amalie Motor Oil Gatornationals in March, but the groundwork for both was laid many months ago.

“We have been evaluating both of these new combinations for more than a year,” said Walliser. “We’ve been especially involved in the development of the ProCharger [centrifugal supercharger] combination. Several times last year, we invited teams running that combination to make exhibition runs at Pro Mod events so we could do a direct comparison between each combination on the same day, the same track, and the same weather conditions. Admittedly, we do not have as much data on the 960 nitrous combination, but we’re certainly equipped to monitor its progress. I believe that when we get to Gainesville, we’re going to have more diversity than ever, and the fans will see the same sort of close competition they’ve come to expect from the Pro Mod class.”