When Tony Bartone approached Sean Bellemeur in the 2017 season about taking over the wheel of his Top Alcohol Funny Car, he pitched it to him as “the perfect storm.”

Bellemeur had already won two events for Bartone as a fill-in driver in 2015 and ’16, and Bartone, a former world championship-winning Top Alcohol Funny Car driver, had seen enough to know that Bellemeur’s steady driving was the perfect complement to his decorated crew chief Steve Boggs. With Bellemeur’s driving ability, Boggs’ tuning skills, and Bartone’s experience, leadership, and financial backing, the potential seemed limitless.

Two years and two world championships later, the perfect storm is still raging with no signs of abating. Bellemeur’s two titles put him in a league inhabited only by class greats Frank Manzo, Pat Austin, Brad Anderson, Bob Newberry, Randy Anderson, and Jonnie Lindberg, and they’re the early odds-on favorite for a third straight, a feat accomplished only by the great Manzo, whose dominance once stretched to eight straight. 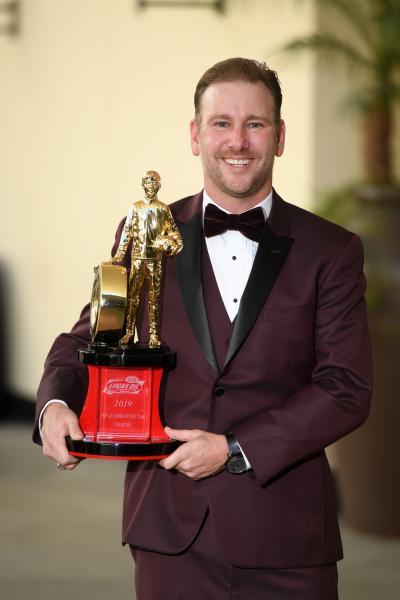 The ‘killer Bs’ aren’t ready to start talking about eight straight titles but, according to Bellemeur, the ingredients are certainly there.

“I can’t say enough about either Steve or Tony,” said Bellemeur. “Boggs is just incredible. We might run at 10 o’clock in the morning or 10 o’clock at night or in the heat of the day, but he’s got a tune-up or a formula for everything. It’s just ridiculous. And I love the fact that he goes up to go low e.t. every time, and I love that because go-for-the-throat mentality is how you win championships.

“And Tony has the ability to lift spirits; he’s an incredible leader. He is incredibly aware; he knows every move everyone is making. He critiques you, but in a positive way, and he has one thing in mind 24 hours a day: safety. He is loyal, he is respectful, and he’ll definitely make you laugh a lot.”

The season wasn’t all laughs and jokes. After a fast start that included national event wins in Gainesville, Topeka, and Norwalk, a mechanical gremlin led to a mini summer slump, and the passing of Tom Shelar, Bellemeur’s longtime boss at MasterCam, in late August further had Bellemeur reeling.

“Tom was a big driving force behind my racing career, and his passing was a big hit for both my wife and I, physically, mentally, and emotionally,” he said. “Just missing his smiling face at the racetrack was one of the biggest challenges of my life.”

The performance slump continued into the U.S. Nationals, where Bellemeur was the defending champ. He went out early, but what happened there changed the complexion of the season.

“The turning point of the year was that second-round loss in Indy because we found something in the car that had been plaguing us,” he said. “The bad news was that it cost us Indy, the good news was that it really set us up to be successful the rest of the season. 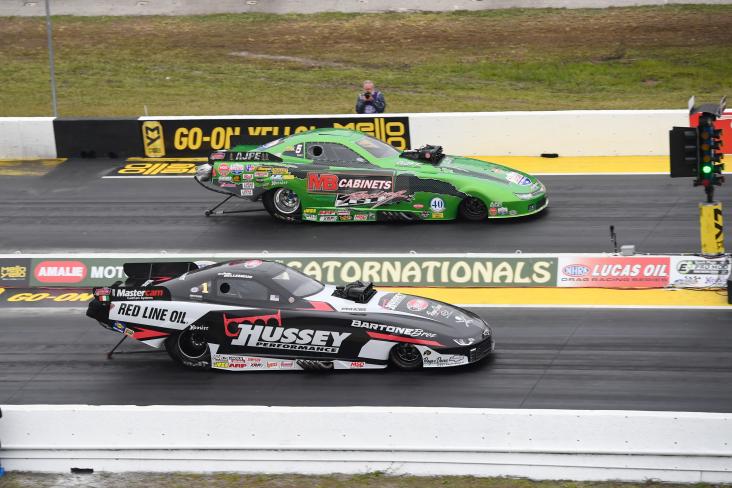 “Once we found that problem, I was smiling to myself because I knew now Boggs could focus on making that car really fast again as opposed to just making it go down the track.”

The team went on a four-race winning streak at the national events in Reading, Charlotte, Dallas, and Las Vegas to convincingly clinch their second straight crown.

Asked about the emotions of winning a second and the possibilities of a third, Bellemeur was introspective.

“My dad drove an Alcohol Funny Car when I was little, and I remember being 7 or 8 years old looking in the side window wondering what it would be like to get a chance to drive one,” he recalled. “I was just dreaming, knowing it would never happen. When it did become a reality, I promised to myself to always remember that little boy no matter what and just smile and have a good time. I never thought I’d be able to let the clutch out in an Alcohol Funny Car let alone be a two-time world champion. I’m so in love with the class. I’m so in love with the cars that I just try to focus on the fun aspect of it. 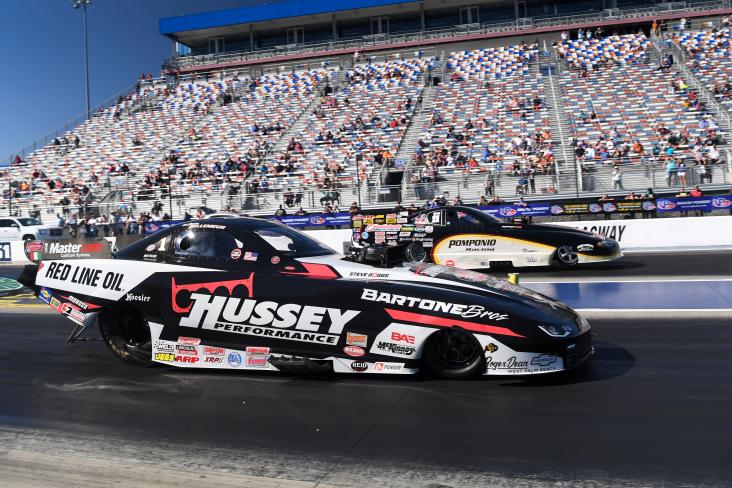 “I would say our chances for a third are almost better than ever because we have every intention to bring that same car back, now with a year’s worth of data,” he said. “We also added a new car chief earlier this season, Troy Green, and he’s become the calming factor for our team, so I feel like, personnel wise, we are right where we need to be.

“One thing that was a new challenge this year was the creation of what I call ‘super teams,’ with Shane Westerfield teaming up with Rick Jackson and Brian Hough teaming up with Jonnie Lindberg. You take two powerhouses and put them together, that creates a pretty strong entity, and they were coming for us this year. Brian gave us quite a scare throughout the year, and Shane did, too, at the end of the year. They will be heard from next year, and don’t think we don’t realize that we’re preparing to be ready for them.”