Following a string of solid performances that included three top-10 finishes in the Top Sportsman presented by Racing RVs class, Sandy Wilkins finally broke through for his first world title thanks to a season that began and ended with a pair of victories. Behind the wheel of his low six-second ’69 Camaro, Wilkins cashed for four wins in six final rounds and earned the one honor that had eluded him since the Top Sportsman category was officially recognized as an NHRA championship eliminator in 2015. In four years, Wilkins finished sixth, third, second, and a disappointing 11th before finally ascending to the top spot on the podium.

For Wilkins, it was hard not to be discouraged after the 2017 season, where he appeared in seven final rounds and scored 634 points, substantially bettering the 600-point score he used to win the title this year. That year, Jeffrey Barker nearly ran the table and rang up a monster 675-point campaign to win the title. Soldiering on, Wilkins kept grinding out wins until the mathematics finally worked in his favor this season. 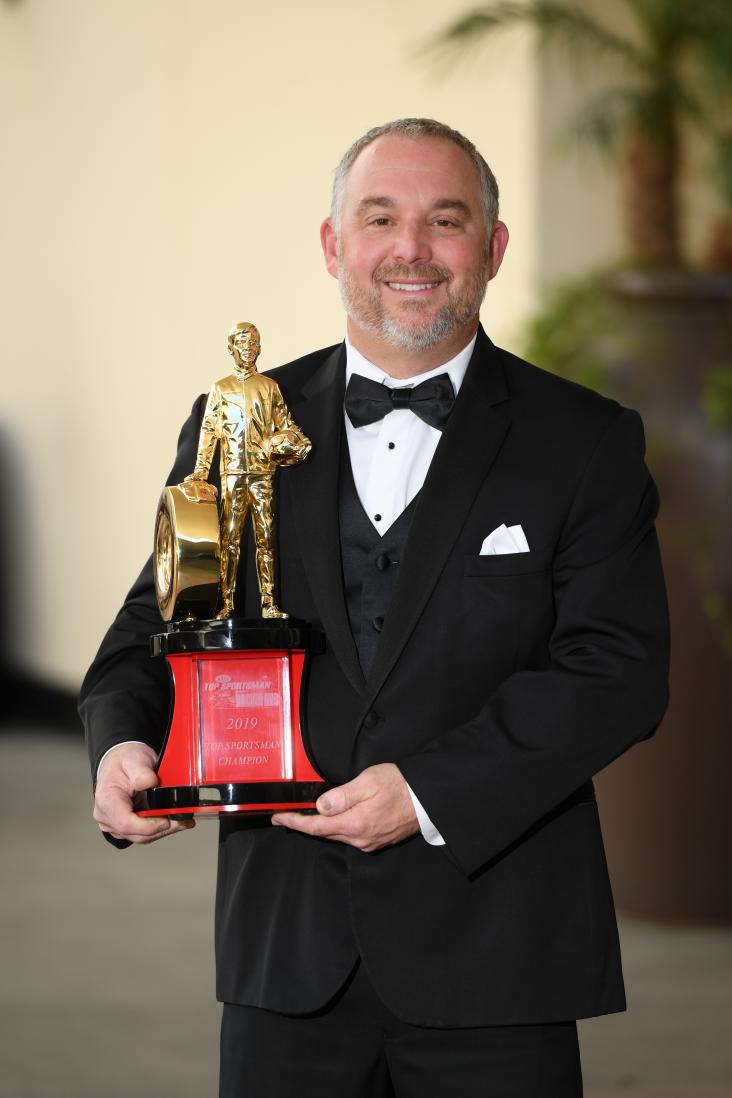 “It is frustrating to come so close so many times,” said Wilkins. “The most frustrating thing was to leave Rockingham [Dragway] in the lead two years ago and then go watch on the internet to see two guys pass me in the last race of the season. It’s humbling because you do the best that you can do, and someone always seems to do better. Back in the IHRA days, I was second a couple of times, and I’ve finished second in the division a few times. I used to question if we could ever win this deal. After my last race, I finished with 600 points and started thinking to myself, ‘This might just happen,’ but there were a couple of guys who could still pass me. It was my wife, Michele, who never lost faith. She said, ‘You’re gonna be the champ. ’”

Wilkins’ 2019 season began in the best way possible when he tallied a win at the Division 2 NHRA Lucas Oil Drag Racing Series opener in Orlando, Fla. Less than a month later, he doubled down with what is arguably the biggest win of his career at the 50th annual Amalie Motor Oil NHRA Gatornationals. At that history-making event, Wilkins had to make his way through a tough field that included reigning class champion Ronnie Proctor. 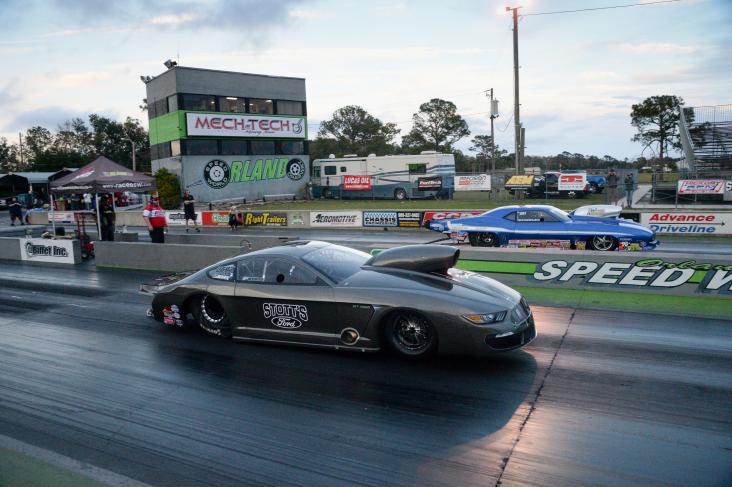 “I always like going to race first in Orlando because I’ve won it three or four times,” said Wilkins. “When you win your first race, you always feel like you can win [a championship]. You start with the best record, and you’re leading until somebody passes you. After Gainesville, I felt really good, but life took a different turn for us after Michele’s dad passed away. We missed a few races, and I just thought it wasn’t going to be our year.”

Wilkins’ return to action two months after his Gainesville win was both inspirational and emotional. He headed north for the Division 1 opener at Maple Grove Raceway and earned his third Wally of the season. With longtime crewmember Don Shuford taking a year off, Sandy and Michele tackled the event on their own and ran the table, qualifying No. 1 and winning the final against Brian Conrey.

“Honestly, we went to Reading just to get away from the rest of the world,” said Wilkins. “It’s not easy to run one of these cars with just two people, but we did it. I felt like it was a tremendous achievement for the two of us to go to a track we’d never seen before and come away with a win.” 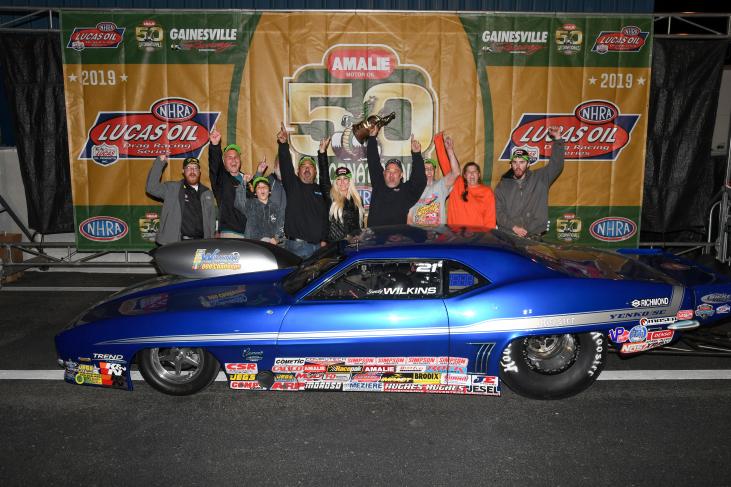 Wilkins finished on a high note with his clutch victory in Rockingham, N.C., which also came from the top qualifying spot. Preparing to leave his job at Roush Yates in order to start his own engine-building business, Wilkins had a full plate but put aside possible distractions to win for the fourth time in six final rounds.

After his Rockingham win, Wilkins played the waiting game as several other contenders, most notably Allen Firestone and Doug Crumlich, were still in the running for the championship. Following the action online from his home in North Carolina, Wilkins watched and waited until Ken Ratzloff defeated Crumlich in the quarterfinals in Las Vegas.

“He won three rounds, which means I’d already thrown up three times,” said Wilkins, who thanked his supporters, including his wife, Michele, Don Shuford, Aeromotive’s Steve Matusek, Steve Earwood, David Adams, Frank Papp, and Wayne Jesel. “As soon as it was over, Michele and I jumped off the couch. She gave me a big kiss and then left for the grocery store. It was great for it to finally be over, and we had a great time at the banquet. Michele joked, telling me to be sure you thank the driver, the engine builder, truck driver, tuner, and team owner because that’s all me. But that makes this so rewarding. I was amazed at how many people, including Pro racers, were following us. If I never win another round, I can be satisfied with what we did." 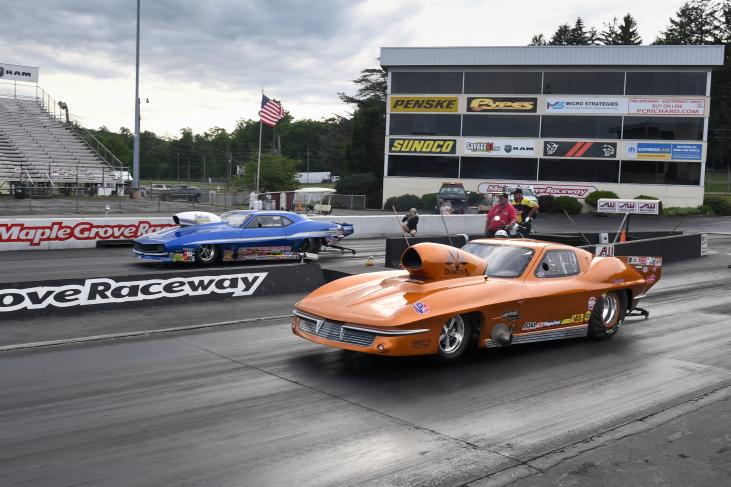 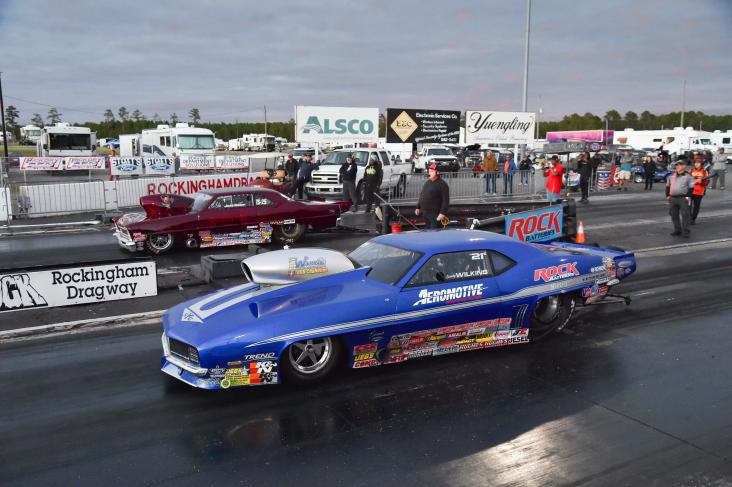