The story of Ray Miller III must begin with his father, Ray Miller Jr. The racer-turned car builder who began the family business, ubiquitous to those who pay the faintest bit of attention to the NHRA Lucas Oil Drag Racing Series, won just a single national event during his racing career. That does not begin to speak to his influence on Sportsman racing nor his influence on his son, both inside and outside the car.

Miller (the younger) earned four divisional Super Comp victories to clinch his first world championship while adding the signature win of his career in Super Gas at the Dodge NHRA Nationals Presented By Pennzoil in Las Vegas for good measure. He put his talent as a driver on full display by cutting a .001-second light and going .003 over the index to win by just .004-second, and that was in the category he didn’t win the championship in.

“These categories are so tough, and the combinations are so good now that you have to be .015 or better on the Tree, and you have to be able to know where dead on is at all times,” said Miller. “You just have to know your car.” 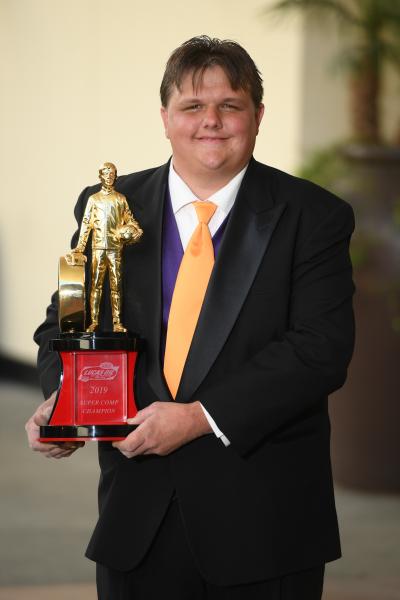 Enter Miller Race Cars, the aforementioned family business. The Millers build between 40-50 new race cars every year in their 10,000-square-foot shop in Tennessee with a crew of six. No one knows the Super Comp dragster Miller drives better than the man piloting (other than perhaps his father). That plays into his advantage when the bulbs drop, and when he’s trying to cut margins of thousandths of a second at the top end.

“It’s huge because it doesn’t just help us, but it also helps our customers,” said Miller. “We’re always testing things to find out what works and what doesn’t work, so that in the end when our customers buy our cars, they know they can ask us questions, and we can tell them what kind of adjustments they can make. We can tell them if that’s the way to go or if that’s not the way to go.”

That line of communication goes both ways. Miller is not opposed to taking feedback from a customer if it means going faster down the track, whether that be in Super Gas, Super Comp, or Top Dragster. He hasn’t raced in Top Dragster for a few years, but the family has built a six-second car that he may run in the coming season. Gary Stinnett, a familiar name in drag racing, is another voice that helps him and his father get better while making laps down the track.

Information pairs with strategy and a little bit of good fortune to create a championship season. Miller found a combination that worked toward the end of the 2018 season and essentially ran it back in 2019 with better results. He focused on Division 2 events, which come fast and furious to start the campaign and then picked his spots to maximize opportunities to earn points en route to his first title. 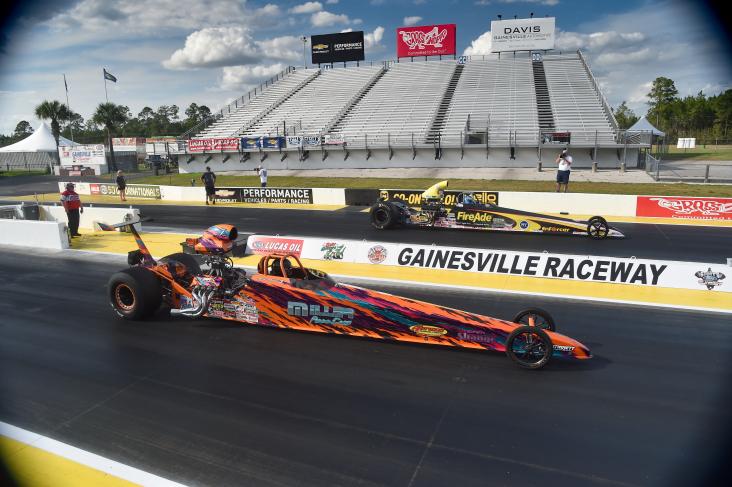 “You have to have a certain amount of luck to go with it, obviously, and you have to have good equipment,” said Miller. “There are certain rounds where you have to set up to go double-oh on the Tree because of who’s in the other lane, so it’s a right place, right time sport for sure.”

Miller knows how special his season was in part because of people like his father (Ray), mother (Christine], sister (Cathy), and partners like K&N, Strange Engineering, Marco Abruzzi Transmissions, Mickey Thompson Tires, Penske Racing Shocks, and VP Racing Fuels. He has added a championship to his family legacy — and he plans to run it back next year to add more.