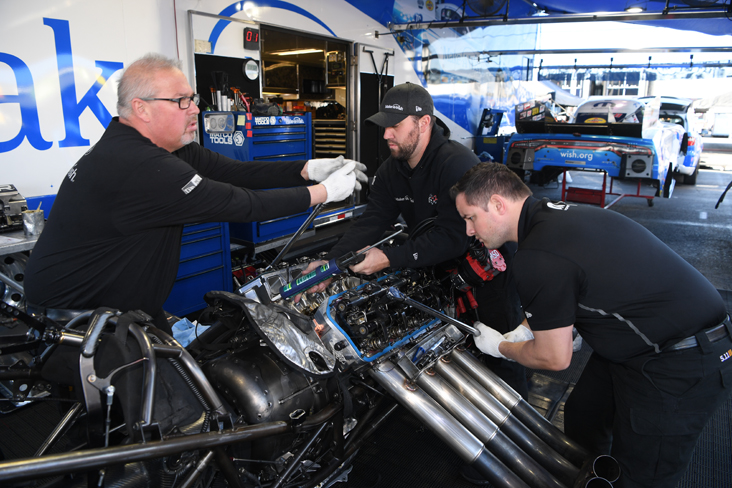 The team of the Tommy Johnson Jr.-driven Make-A-Wish Dodge put in the hard work for their first of four qualifying passes. T.J. ended up in the Nop. 2 spot Friday. 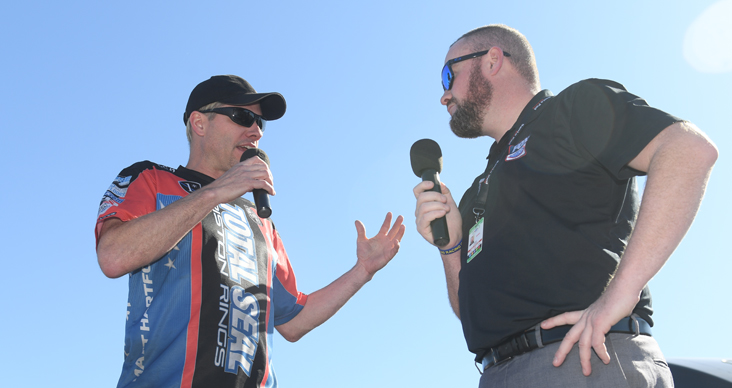 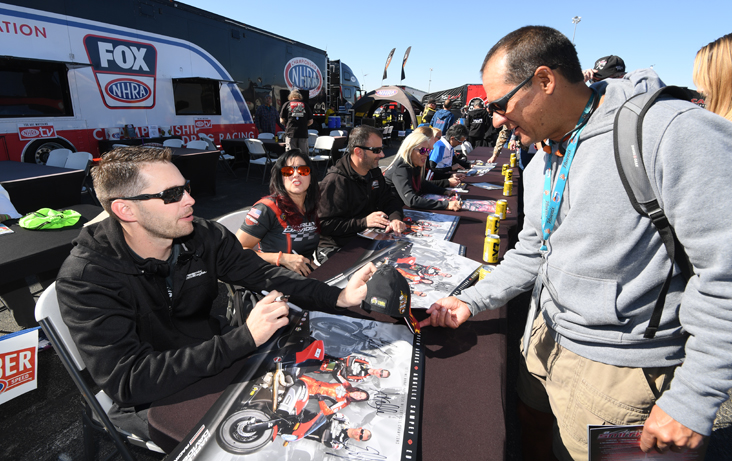 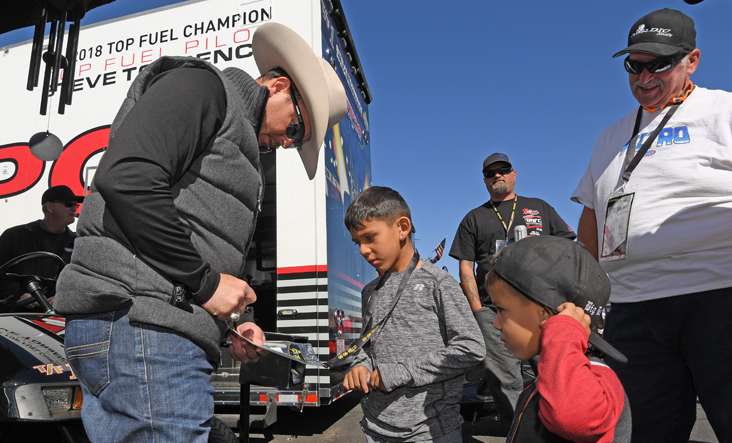 On a more personal basis, Top Fuel champ Steve Torrence signed an autograph for some of his young fans. 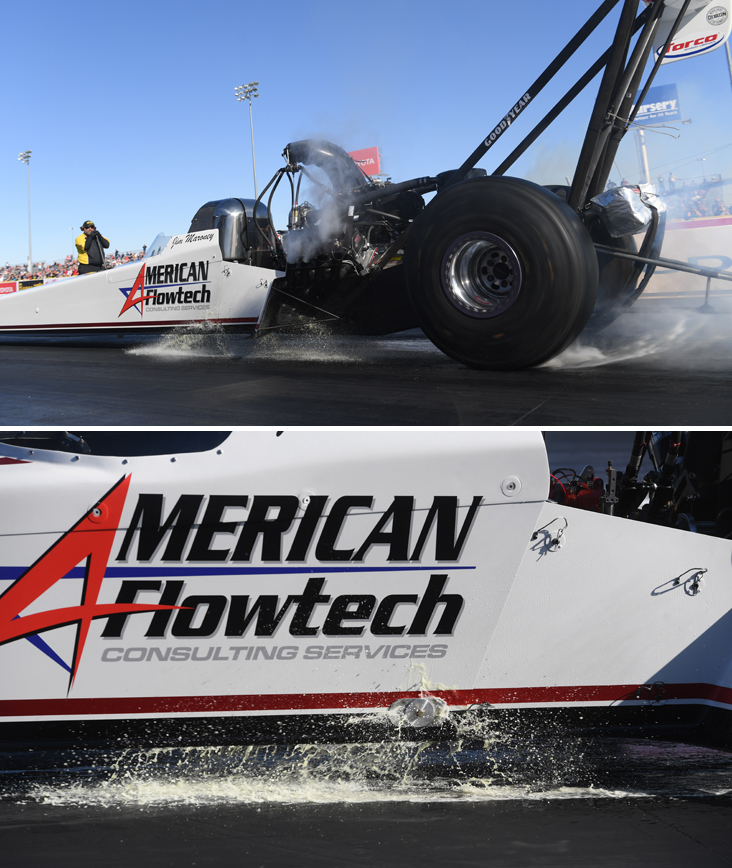 Jim Maroney's first qualifying run in Top Fuel was not what he had planned as a brand-new fuel line gave way on the burnout, leading to a nitro Niagara Falls. 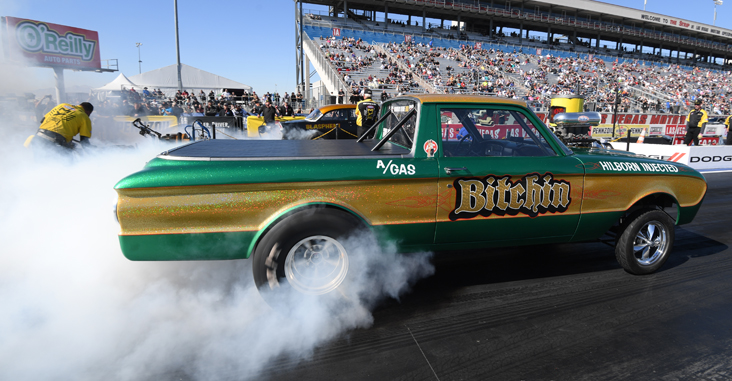 Jarrad Scott (top) in his supercharged '62 Ranchero and Mike Finnegan and his Hemi-powered '55 Chevy (above) ran the opening round of their best-of-three gasser match race, which went to Finnegan. [story] 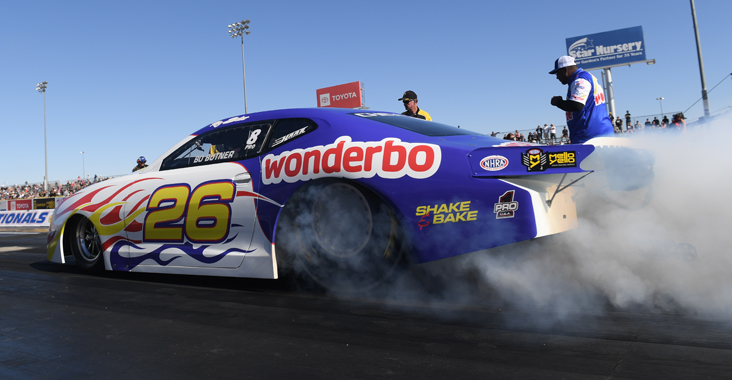 Keeping up their amazing tradition, Bo Butner and Pro Stock team celebrated Halloween (albeit a day late) with a special paint scheme, this one honoring the film Talldaega Knights: The Ballad of Ricky Bobby. 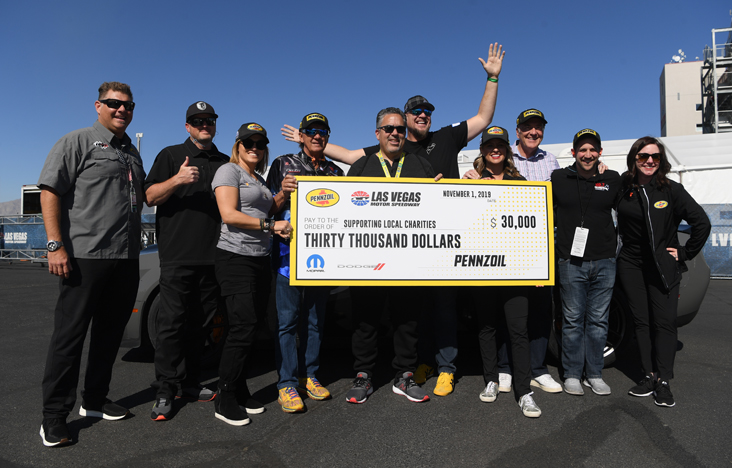 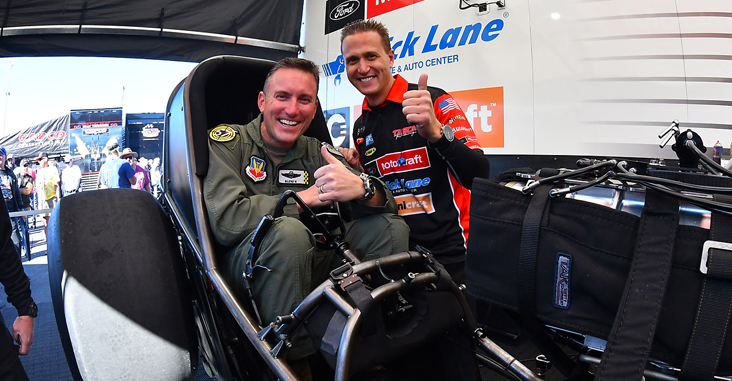 After taking Bob Tasca III on a supersonic flight om his F-15 fighter Thursday, Brigadier Gen. Robert G. Novotny, 57th Wing Commander at Nellis Air Force Base, was rewarded when Tasca allowed him to fire up the Motorcraft/Quick Lane Mustang prior to Q1. 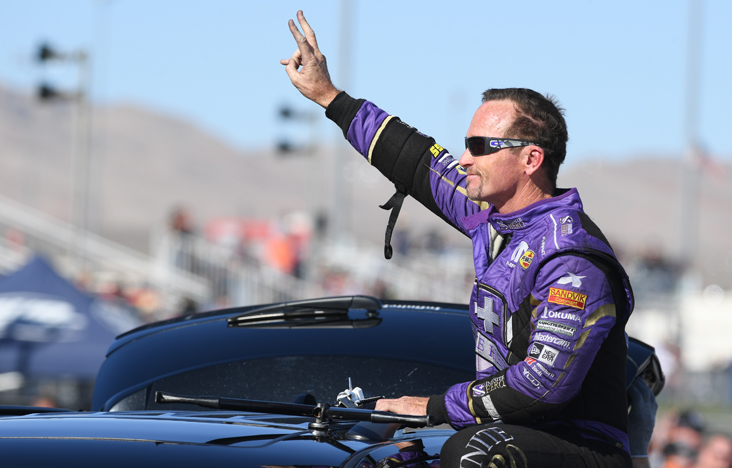 Funny Car favorite Jack Beckman acknowledged the vocal Vegas fans after his opening pass, then came back to break his own track speed record on the evening run.