Forty-three days. That’s all it took for Danny Nelson to score enough points to win the world championship in the Top Dragster presented by Racing RVs class.

While Nelson raced his low six-second dragster from April to October, it was a brief but effective 43-day span at midseason that defined his season and provided the points and motivation to pursue the first points championship of his long career. The first seven events that Nelson attended this season resulted in nothing better than a quarterfinal finish, and into mid-August, there was no reason for him or anyone else to think he’d be a top-10 contender, much less a champion.

That all changed at the North Central Division event in Bowling Green, Ky., where Nelson found the winner’s circle for the first time in 2019. What followed was an epic run that included additional wins at the rain-delayed Norwalk national event, the JEGS SPORTSnationals, and the NHRA Lucas Oil Drag Racing Series event in St. Louis as well as a quarterfinal finish at the Chevrolet Performance U.S. Nationals. All told, Nelson put together a 24-1 win-loss record during that span and quickly shot to the top of the standings. When asked to explain his sudden good fortune, Nelson didn’t have to look far for an answer. 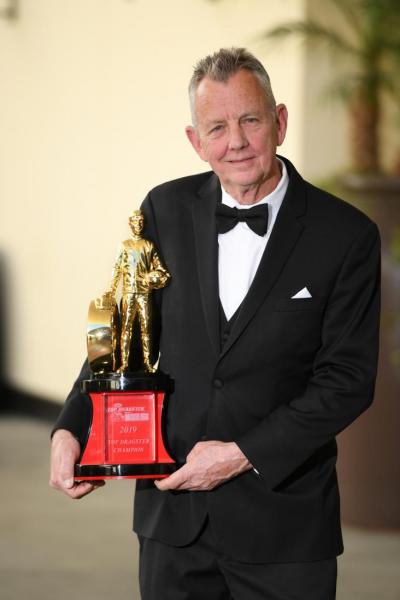 “This happened after I had cataract surgery in August,” said Nelson. “That made all the difference. Bowling Green was my first race after the surgery, and I won that and then went on that streak. For a couple of years, I felt like I wasn’t driving well, but I just blamed it on getting older. It’s not as though I was dangerous or anything, but I couldn’t judge the finish line as well as I used to. I’d give up the stripe by a couple thousandths, and it turns out I just wasn’t seeing as clearly as I should have been. This year, I had good runs when I needed them and luck when I needed it. In one round, my opponent had a .007 package and didn’t win, and I won another round where the other guy was .010 total. Those are the rounds you need to win in order to win a championship. Of course, now I wish I had my eyes fixed sooner, but I’m not complaining. I’ve had some hot streaks before when I might win a few bracket races in a month, but nothing like this.”

Nelson has long been known for his successful RaceCraft chassis business in his hometown of Batesville, Ark., and during his career, he has constructed his fair share of winning Top Dragster, Super Comp, and E.T. bracket cars. Nelson proved he’s just as handy with a transbrake button as he is with a welder. Following his back-to-back national event wins in Norwalk and Columbus, Nelson took over the points lead and made the decision to seriously pursue the title.

“When I went to the semi’s in Indy, I thought I might have a chance, and then after I won in Norwalk, I knew I had a good shot at it,” said Nelson. “Jeff Strickland eventually passed me, and we swapped the lead a couple of times, but once I got through that part of the season where I won four out of five races, I felt pretty good about things.”

Nelson’s battle, primarily with former champ Strickland, came to a head in October. Strickland, who ultimately finished second, went to the quarterfinals at the fall Charlotte event and then suffered a surprising round-one loss a week later at the Division 2 Lucas Oil Series finale in Rockingham, N.C. Nelson wasn’t at either event, but it didn’t take long for him to learn the results. 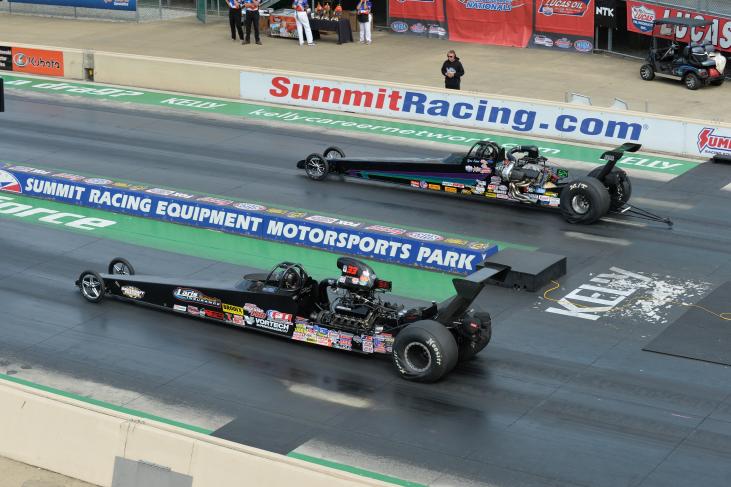 “When Jeff went to Charlotte, he made up one round, but Rockingham was the key,” Nelson said. “I wasn’t going to watch because I didn’t want to worry about it. Then, I looked down at my phone and saw I had 77 text messages. I figured that was a good sign that he’d lost early. Jeff is a good friend of mine; I’ve known him and his family for probably 30 years, and we had a really nice talk for probably two hours. He said, ‘I wanted to win it, but I wanted you to win it, too.’ I pretty much felt the same way, but since he’d already won two championships, I wanted to think it was my turn.

“This is my fourth year racing for the championship in Top Dragster, and I honestly thought I could do better than I had been,” said Nelson. “I was in the top 15 each year but felt something was missing. I never thought I’d win a championship at 62, but a lot of things came together at the right time. It was great going to the banquet in Hollywood [Calif.]. Like I told the audience there, as a hillbilly from Arkansas, I think I know what [Beverly Hillbillies star] Jed Clampett felt like.” 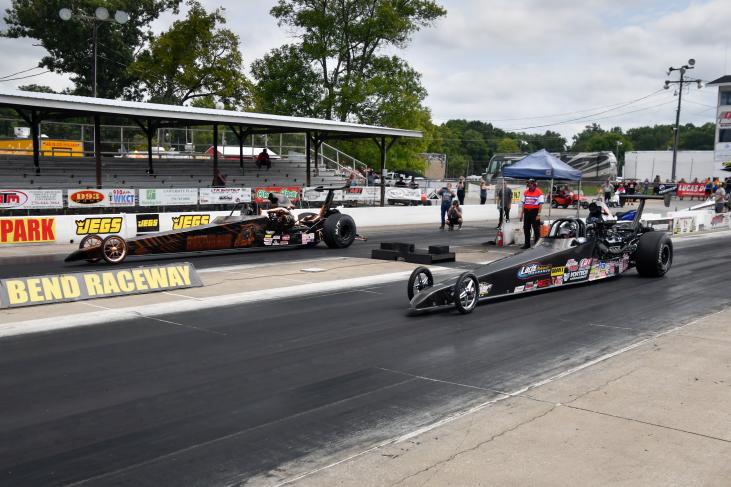 While Nelson credits his eye surgery for a lot of his 2019 success, he’s also justifiably proud of his race car, since he built it himself. He was also quick to thank many of his vendors, including Vortech Superchargers, Brodix, FTI Transmissions, Hoosier, APD, Race Star Wheels, Moser Engineering, and Branon Performance.