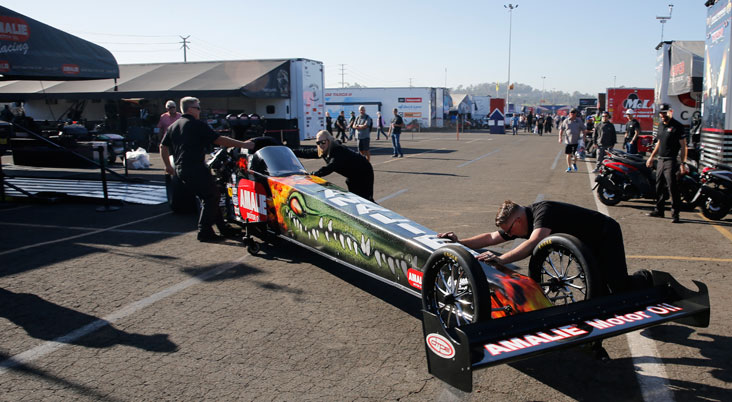 Terry McMillen and his Amalie Motor Oil Top Fuel dragster are in the thick of the fight in Pomona. The former Indy champ is qualified No. 11 and will face championship contender Doug Kalitta in round one. 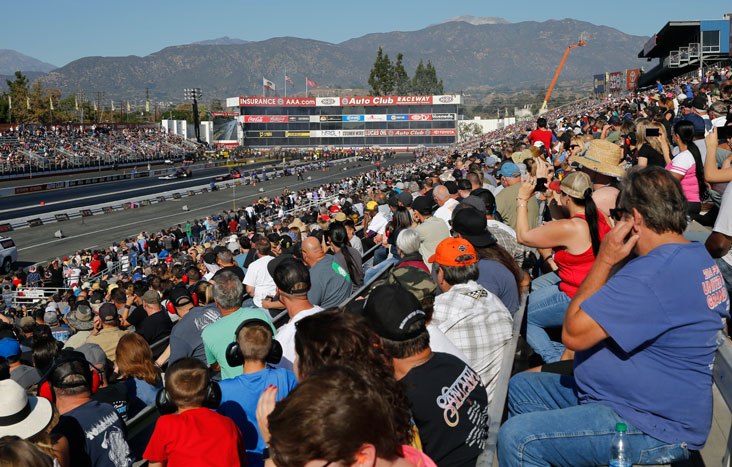 Winter has set in for much of the U.S., but So Cal fans basked in the warm 80-degree temperatures while taking in the second-to-last day of the 2019 NHRA Mello Yello Drag 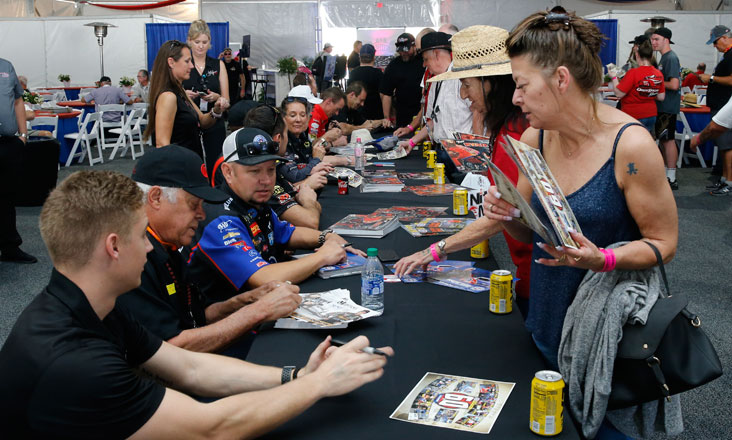 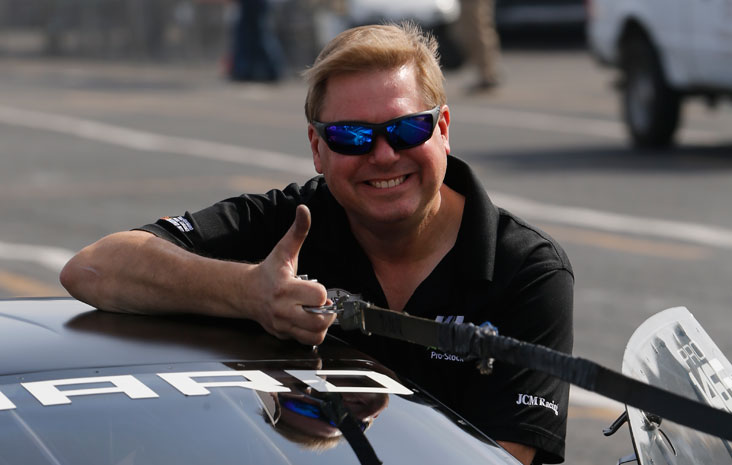 Pro Stock racer Val Smeland hasn't stopped smiling since making it into the Countdown to the Championship playoffs at Indy. The New York-based racer is qualifed No. 13 and will race Jason Line in Sunday's opening round. 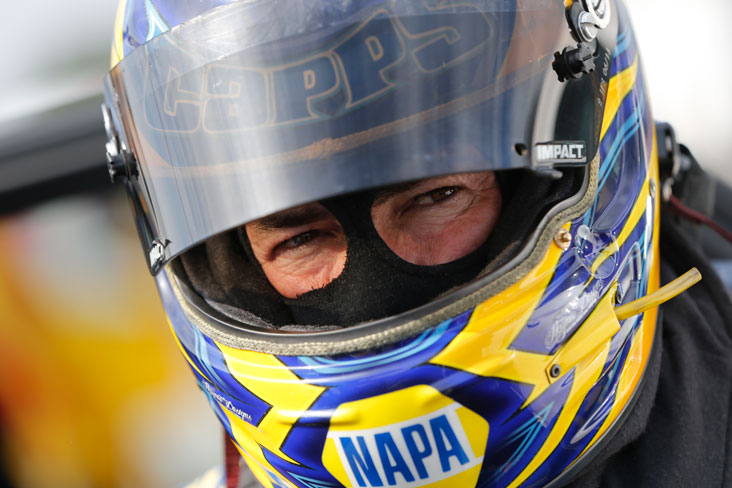 Ron Capps, who has enjoyed some of the best moments of his career at Auto Club Pomona Raceway, including winning the 2016 Mello Yello Funny Car championship, hopes to make a few more memories tomorrow. 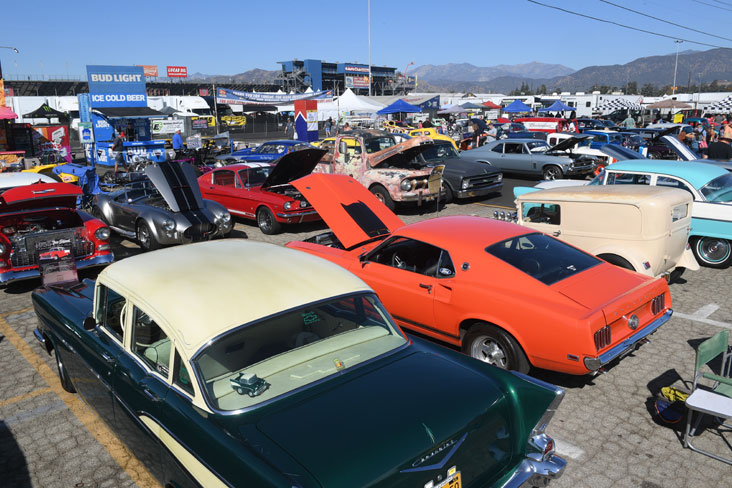 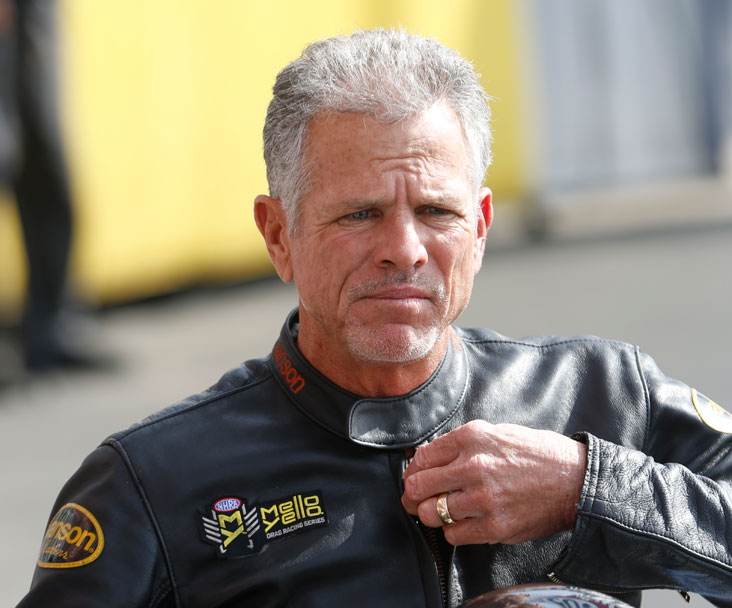 After a successful qualifying effort, Jerry Savoie will be in the hunt for his second Pro Stock Motorcycle championship tomorrow. Savoie must win the race and hope that rivals Andrew Hines, Eddie Kraweic, and Matt Smith go out early. 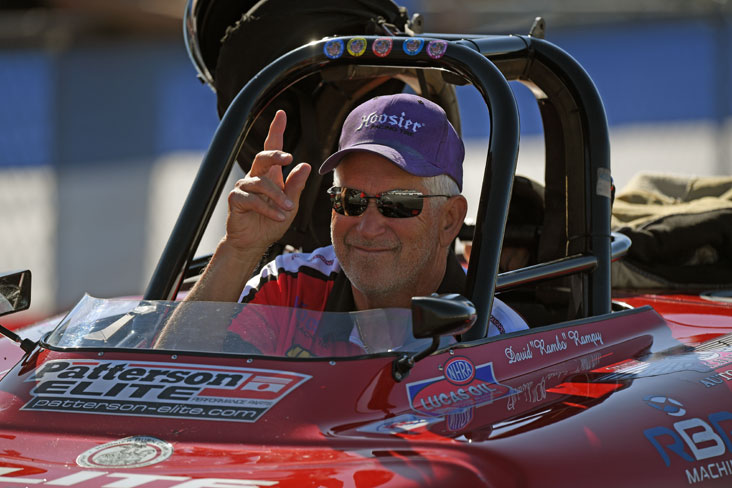 After  35 years, four championships and 100 national event wins, David Rampy has annoucned an end to his career as a full time touring NHRA sportsman driver. Rampy will appear in his 161st final round tommorow. 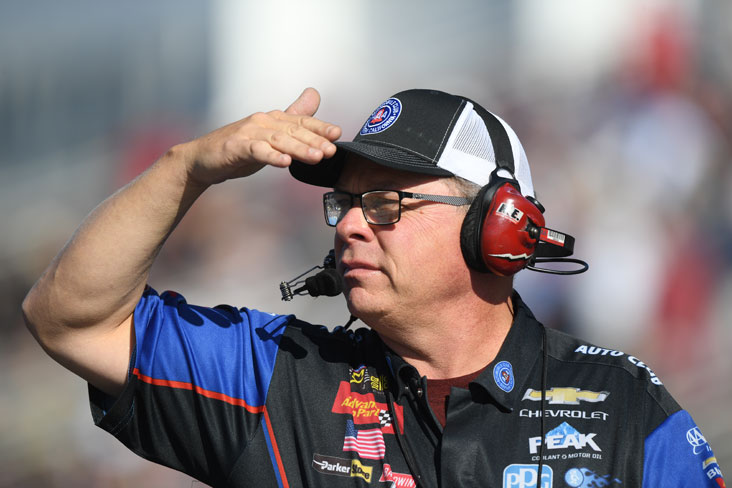 Searching far and wide, Jimmy Prock and the Auto Club team found the performance they were looking for in Q4 when driver Robert Hight improved from an earlier 4.19 to a competitive 3.89.

West coast Pro Stock racer Joey Grose squeezed his way into the competitive field with a solid 6.649 in his Jerry Haas-built Camaro. Grose will have the tough task of racing against low qualifier Jeg Coughlin Jr. in the first round of eliminations. 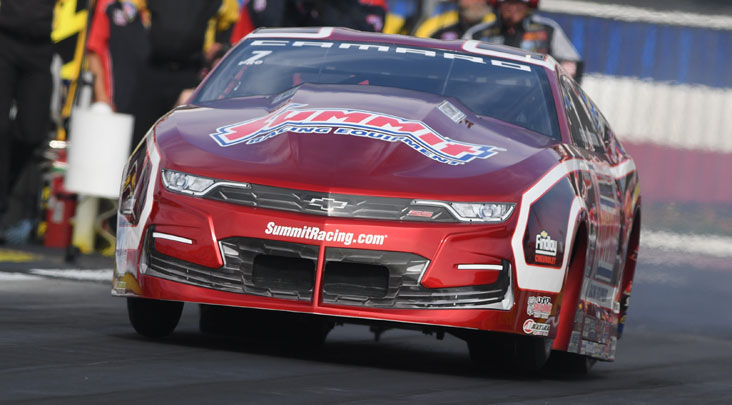 Greg Anderson employed a risky strategy in qualifying when he shut his Summit Camaro off on all four runs in an effort to qualify opposite points leader Erica Enders. The strategy worked, but now Anderson has the even more difficult task of beating the incoming points leader. 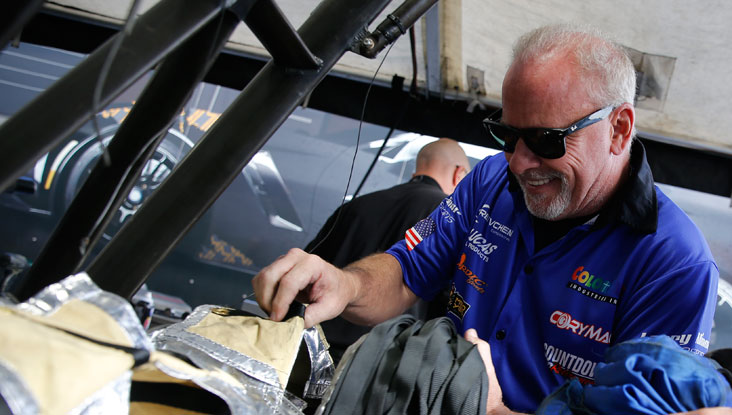 Cory McClenathan's final weekend as a Top Fuel racer did not go as he expected. The veteran driver missed the competitive field with a 4.009 best in Dexter Tuttle's dragster. 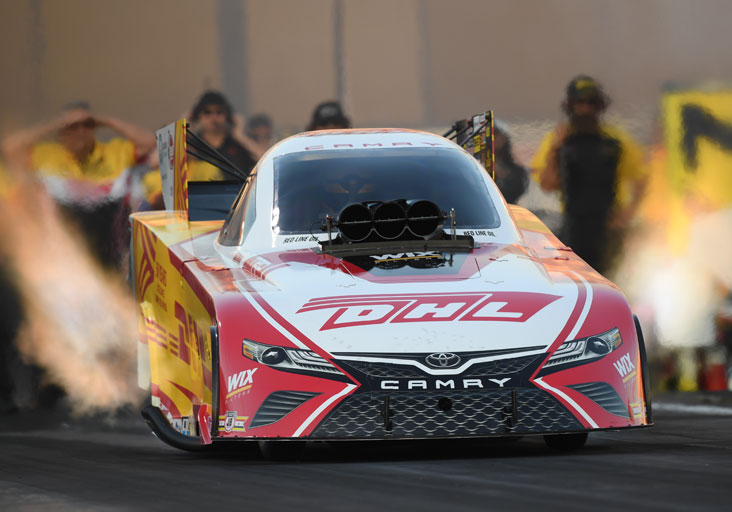 Reigning world champ J,R. Todd, who clinched his championship a year ago at this event, was almost a spectator this Sunday as his DHL Toyota had been bumped from the field by the time he pulled up for his final pass. Jon Oberhofer and Todd Smith calmly tuned the champ to a 3.972 to jump into the middle of the pack. 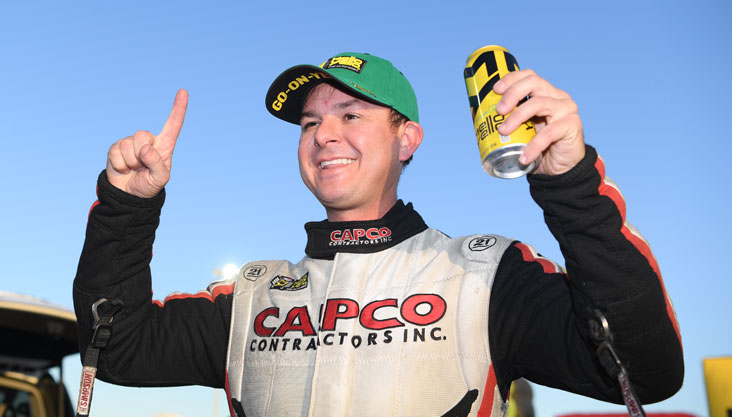 After struggling through Friday qualifying, reigning Top Fuel world champ and points leader Steve Torrence raced to the No. 1 qualifying spot in the final qualifying session to reassert his dominance on the field.