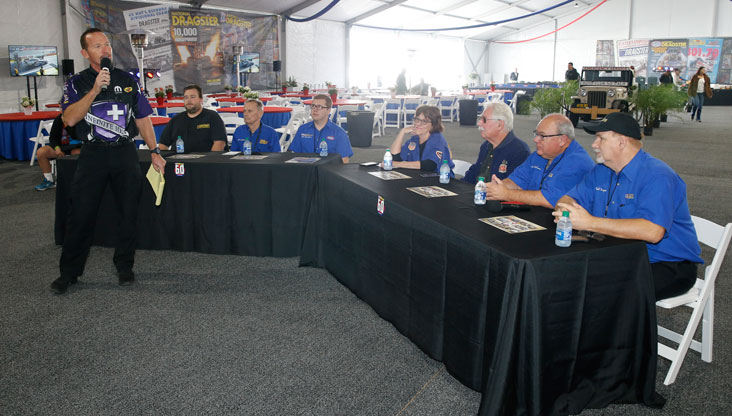 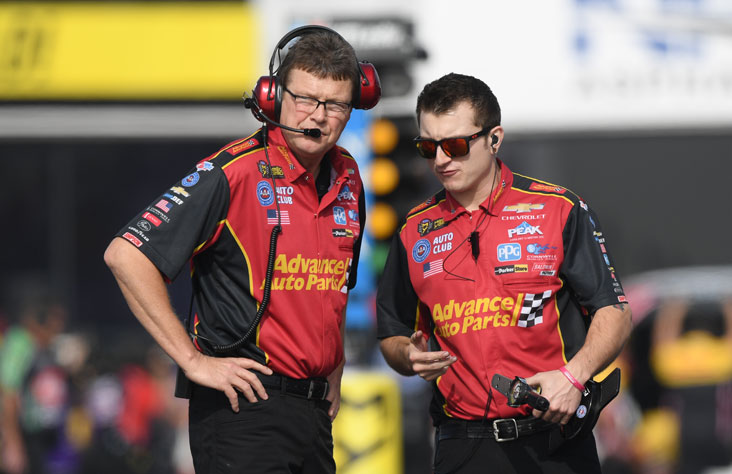 Not having run on the Pomona dragstrip since the season opener, David Grubnic put his head together with crewmember Nick Falcon prior to the opening round. Grubnic's charge, championship contender Brittany Force, made a solid 3.72 run on a track where a lot of others struggled in Q1. 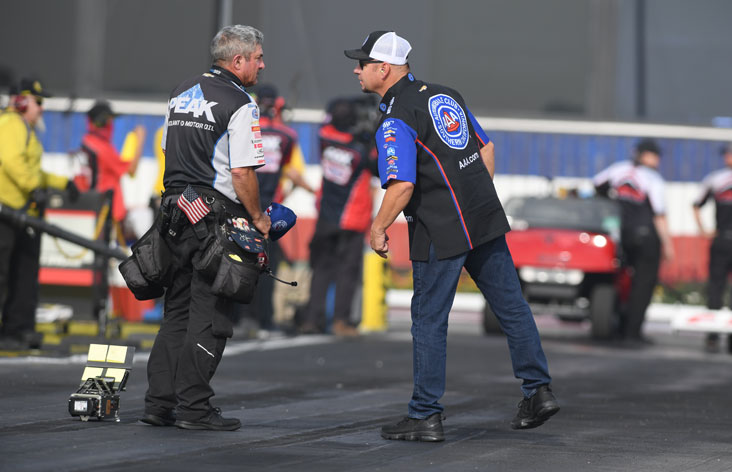 Funny Car points leader Robert Hight, right, didn't make it down the track in Q1, but not for lack of trying as he and John Force racing track specialist Lanny Miglizzi consulted before the run. 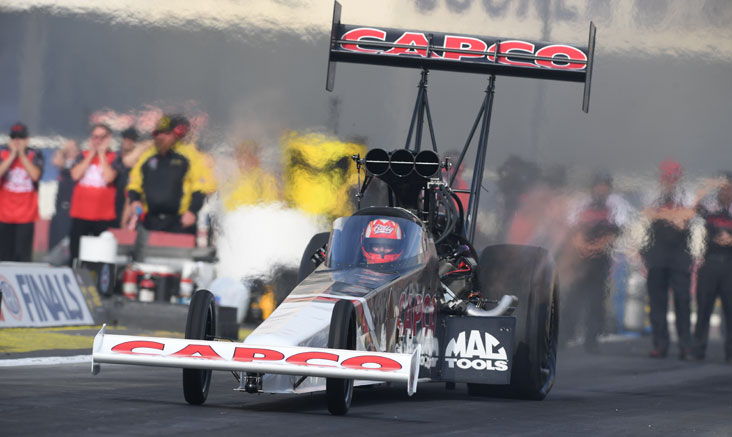 Billy Torrence, who, like everyone, is chasing his son, Top Fuel points leader Steve Torrence, was solid out of the gate with a 3.70 on his first qualifying pass. 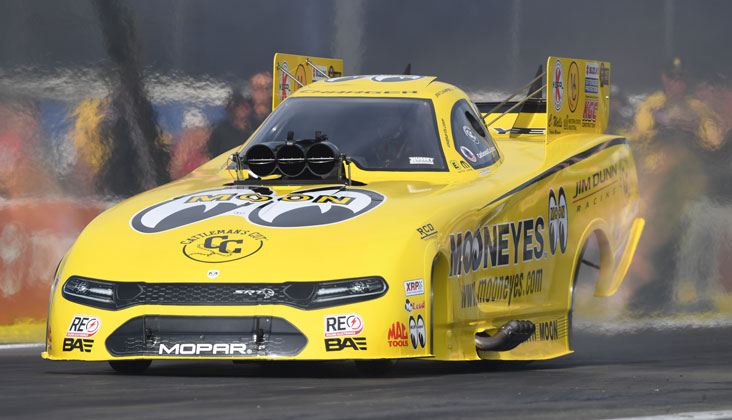 Jim Dunn Racing has driver Jim Campbell in a throwback Mooneyes paint scheme. Mooneye, which has supplied go-fast parts for decades, has a long association with the Dunns dating back to the mid-1990s. 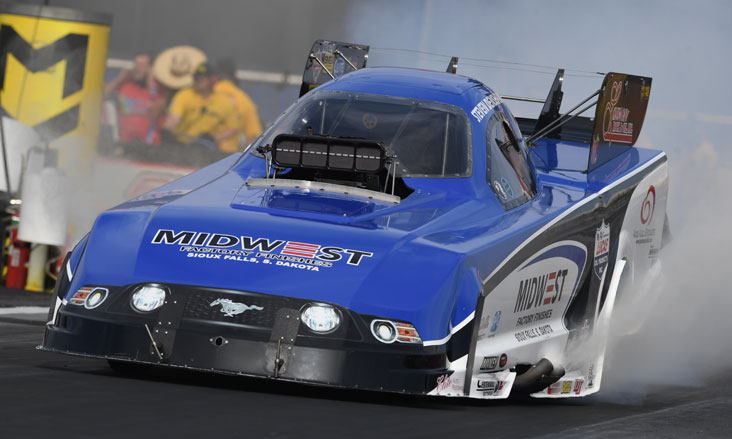 Fan expecting to see Pomona favorite Gary Densham behind the wheel  of his Funny Car were surprised to see his son, Steven, back behind the wheel after a successful three-second debut two weeks ago in Las Vegas. 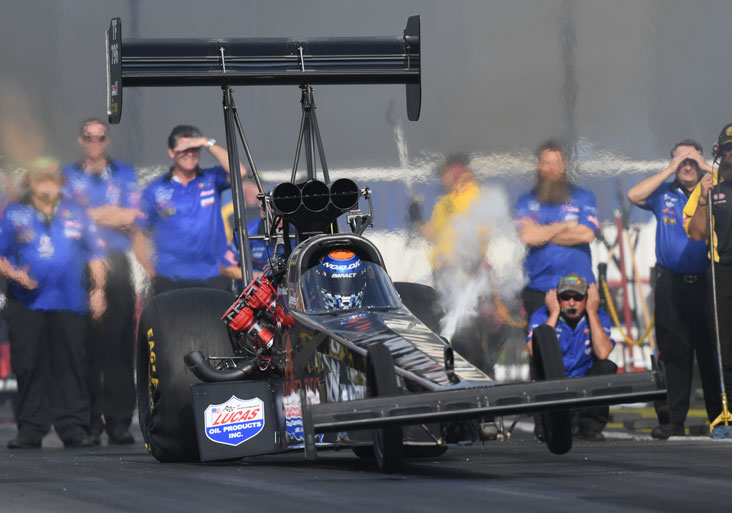 Top Fuel veteran Cory McClenathan is competing in the final event of his 28-year career and hoping for a strong outing at his home track [story]. 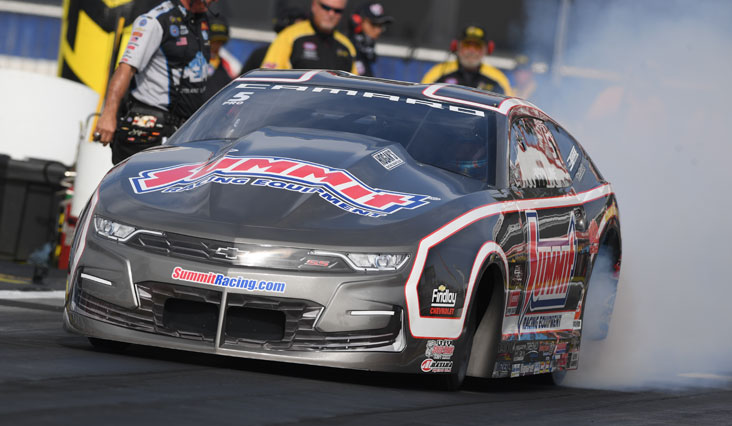 Former world champ Jason Line remains in the hunt for another Pro Stock championship, but he's got his work cut out for him. He earned three valuable bonus points in Q1. 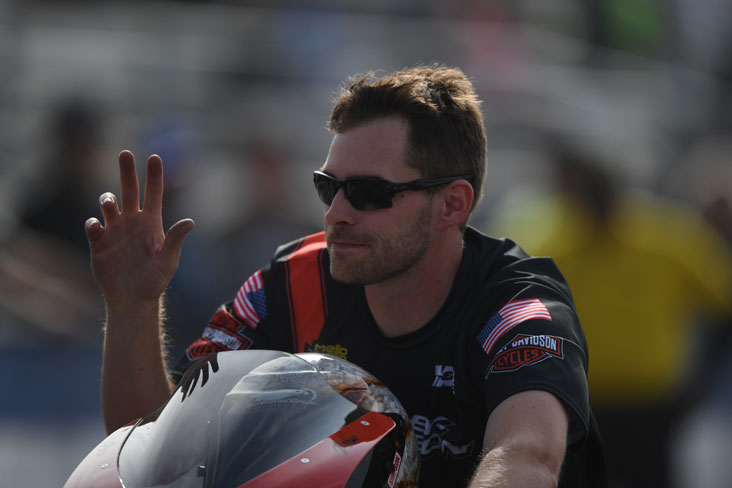 Pro Stock Motorcycle points leader Andrew Hines has a strong advantage over his pursuers and just needs a solid outing this weekend on his Harley-Davidson to lock up his sixth championship. 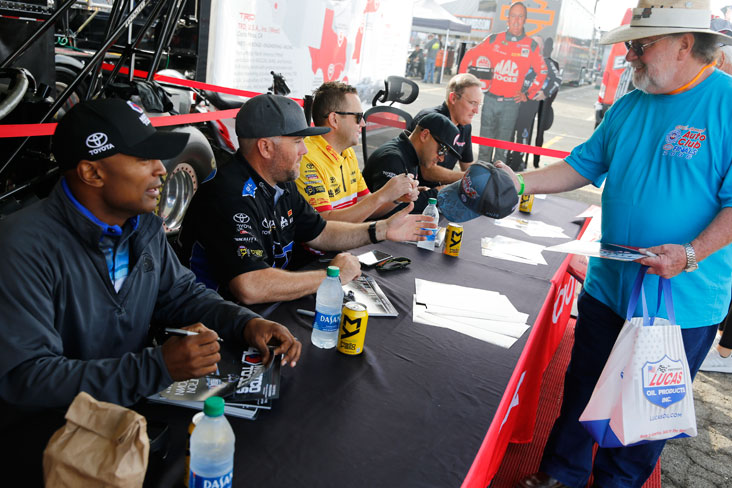 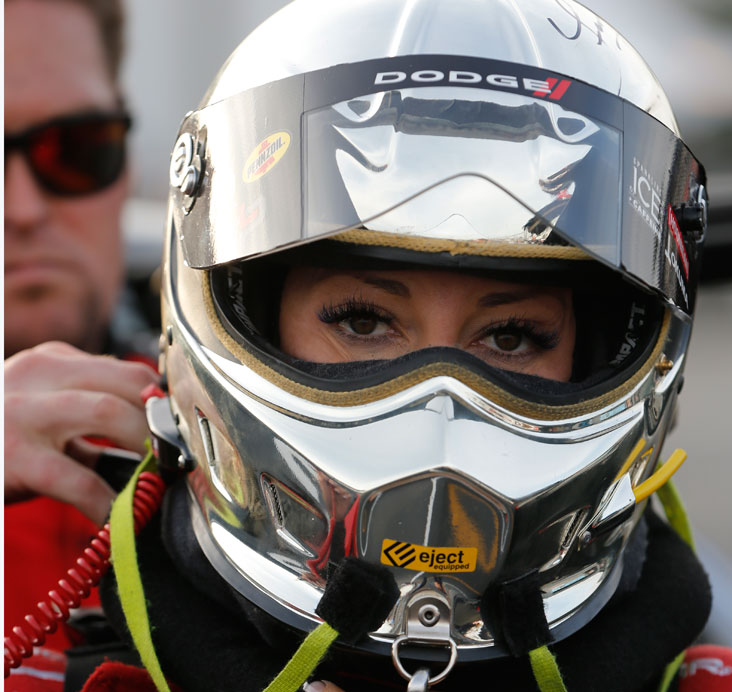 Leah Pritchett, the low qualifier in Top Fuel two weeks ago in Las Vegas, again is leading the pack halfway through qualifying in Pomona. 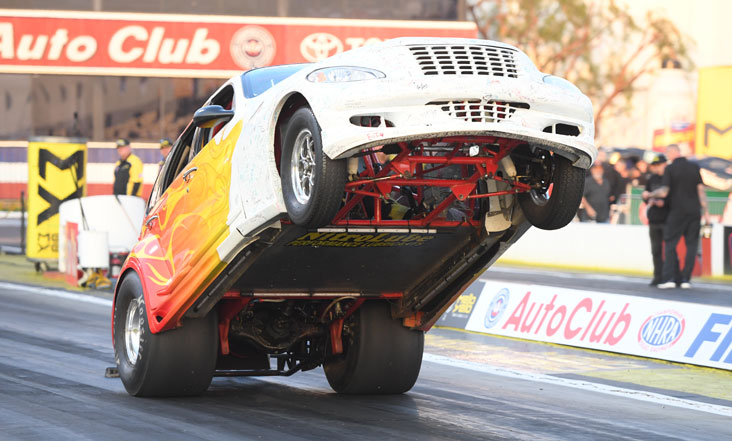 "Nitro Mike" Kunz and his unique PT Cruiser wheelstander performed for  the fans after the second Pro qualifying session.