John Dourlet is the latest Featured Flyer for the second time and this time it's with an iconic 1963 Plymouth Savoy.
30 Nov 2019
Kevin McKenna, NHRA National Dragster Senior Editor
Feature

Given the sheer number of quality cars in the NHRA Lucas Oil Drag Racing Series, it’s unusual that any racer would have more than one opportunity to be a part of NHRA National Dragster’s popular Featured Flyer section, but then again, not many cars have the quality and character of John Dourlet’s Mopar Super Stock and Stock entries. After featuring his Hemi-powered ’64 Plymouth Super Stock car last season, here’s a closer look at Dourlet’s other racer, a 426 Max Wedge-equipped ’63 Savoy that competes in Stock eliminator.

Dourlet has remained faithful to the Mopar brand for his lengthy career, which began in the 1970s. He previously owned a ’70 Challenger that was later flipped to Stock world champ Chuck Rayburn. His current ’63 Wedge car featured here has a long and detailed history.

The car is an original lightweight Max Wedge car that was purchased new by Trevis Shepard in Akron, Ohio. The car came from Arnett Motors, the home base of future Mopar Super Stock and Pro Stock racer “Akron Arlen” Vanke.

“Trevis and Arlen were friends, and Arlen was the one who prepped the car,” said Dourlet. “I know the car was originally painted black and ran in Indy in the mid-1960s. Trevis’ son, Larry, ran it for a while and won an AHRA championship with it.” 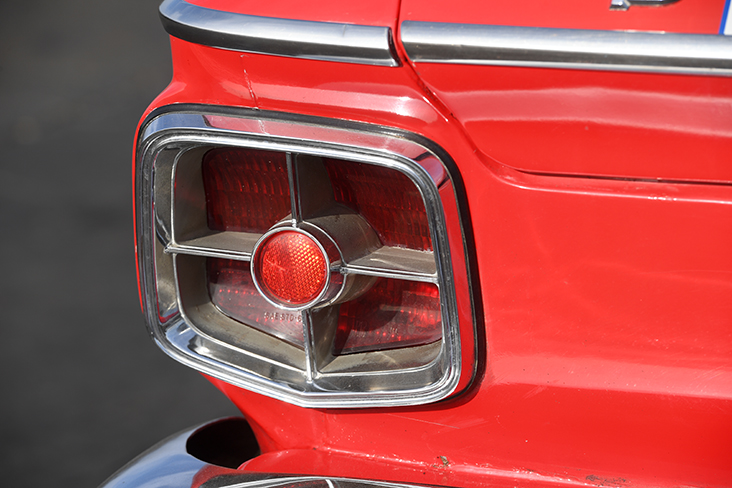 By the 1970s, the car went to a new owner, was repainted white, and raced under the Kirby & Kompany banner. Another Mopar veteran, Dave Duell was the driver. The car was also owned by Bob Elliott, who drove it to a win at the inaugural Sonoma national event in 1988 and a couple of Lucas Oil Series events.

The ownership chain also includes Gregg Luneack, who finally sold it to Dourlet about four years ago.

“Due to the value of this car, I think Gregg maybe got a little nervous about racing it,” Dourlet said. “With an aluminum front end, there is no such thing as a minor bump. I bought it with the intention of restoring it; I’ve done that quite a few times with other cars, but I really wanted to race it for a couple of years before I did that.”

Once he took possession of the car, Dourlet enlisted Luneack to build the engine and took the car to Phil Mandella’s PMR Race Cars to have an NHRA-accepted roll cage installed along with an updated fuel system and new wiring. 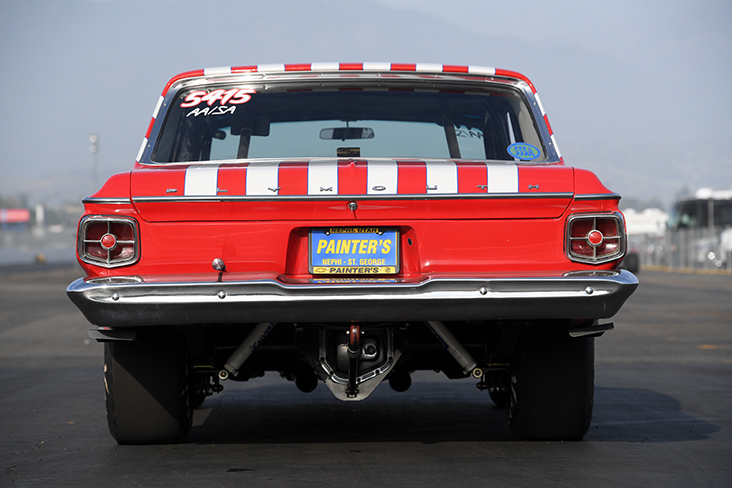 Earlier this season, Dourlet’s efforts paid off nicely when he defeated his friend and fellow Mopar racer Mike Cotten in the Stock final at the Division 7 Lucas Oil Series opener in Tucson, Ariz.

“This is a really good race car; it never does anything stupid,” he said. “With the aluminum nose, the weight distribution is over 56% on the rear tires, so it hooks almost every time. I’m still sorting it out a bit with the gearing, but it’s coming along nicely.”

At the season-ending Auto Club NHRA Finals in Pomona, Dourlet was solidly in the nine-second zone, which ultimately proved to be a bad thing since he broke out in his round-one matchup against Adam Strang’s Pontiac. 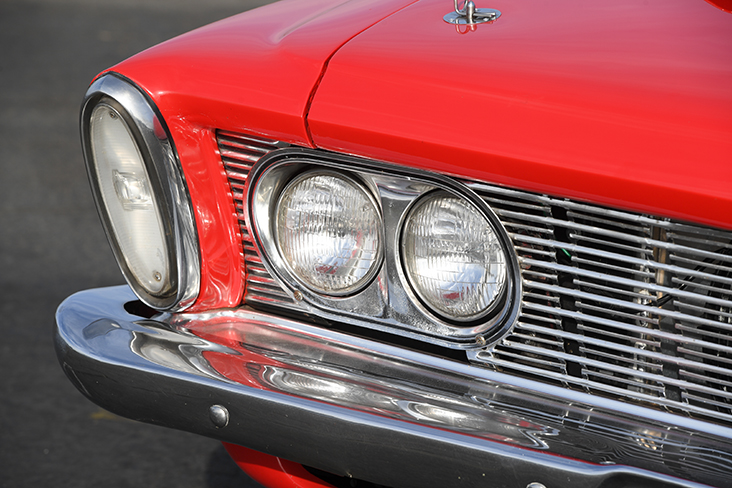 Dourlet’s current plan is to race the car for a few more years and then carry out his original plan to restore the car to factory specs. As a longtime Mopar enthusiast, he already has most of the parts necessary to make that happen.

“I don’t really consider this to be my car,” said Dourlet. “As far as I’m concerned, it still belongs to [original owner] Larry Shepard. He’s been so kind and gracious. When he found out I had the car, he lent me a family photo album so I could scan all the old pictures of the car. I’m just the custodian of it now. If I were ever to sell this car, he’d be the first person I’d contact.”

Dourlet previously thanked many of his loyal supporters and wanted to take the opportunity to do so once again, including Jack and Alan Freese, Don Little, Chuck Rayburn, Mike and Paula Cotten, Gregg Luneack of Tri-City Competition, Dave Smith of ProTrans, Jeff and Justin Jerome, Bud Yancer of Mach Development, and Phil and Tony Mandella of PMR Race Cars. 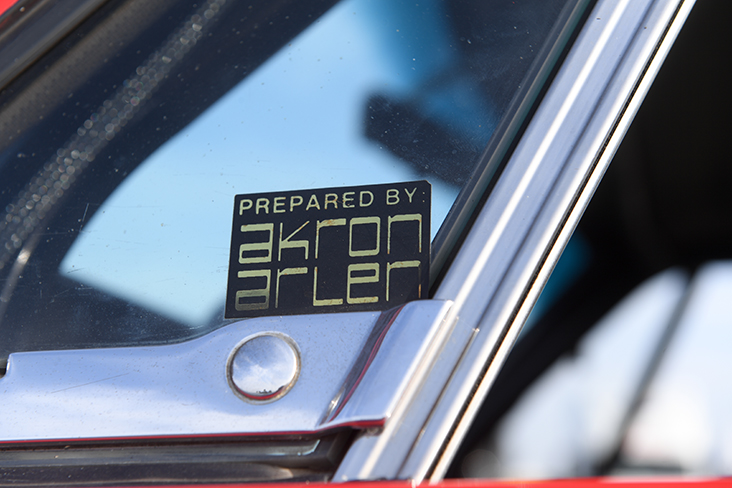 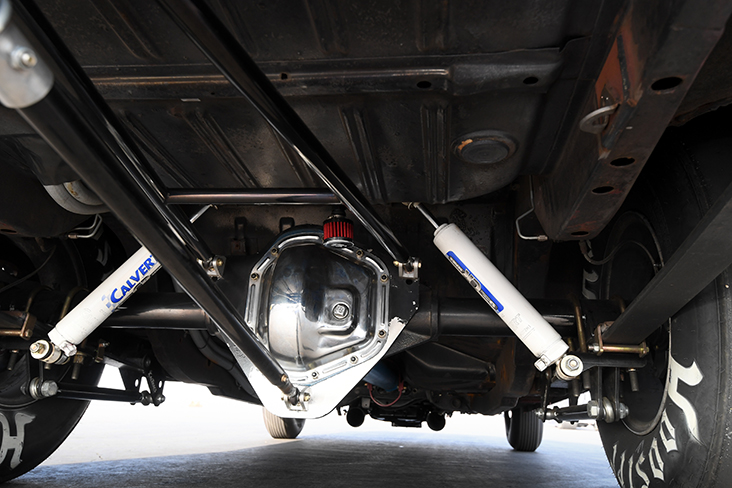 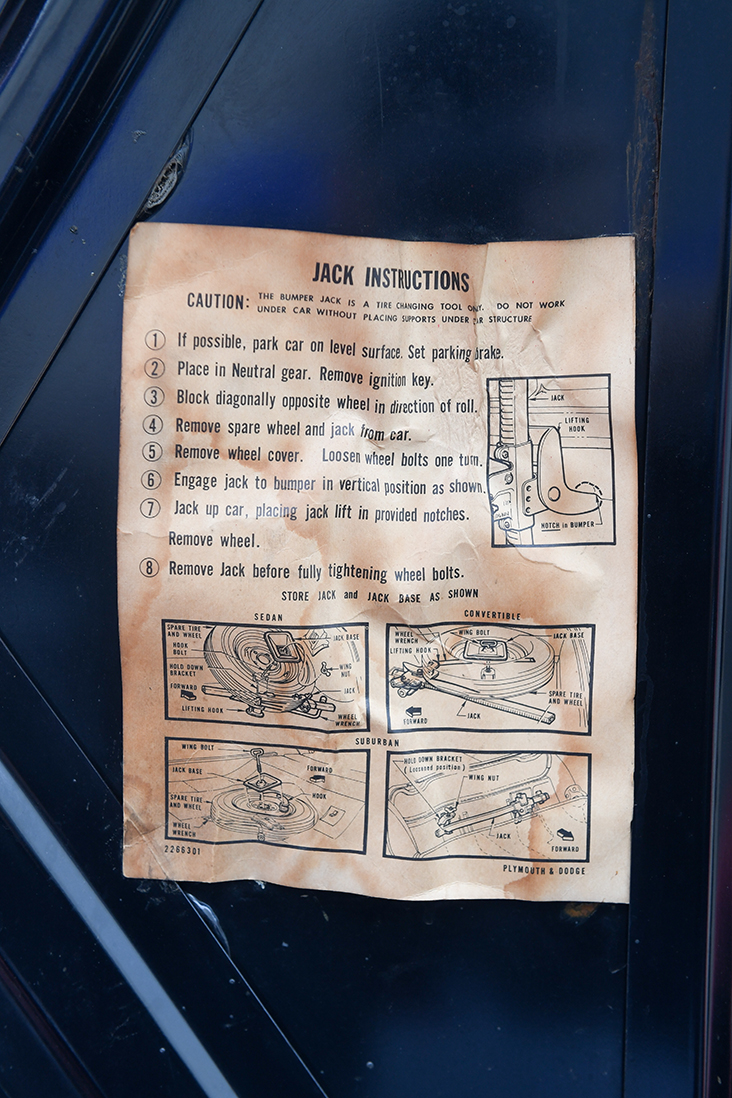 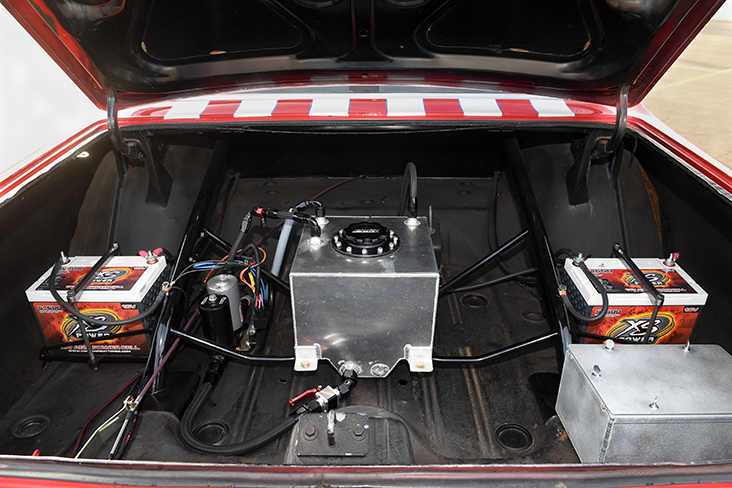 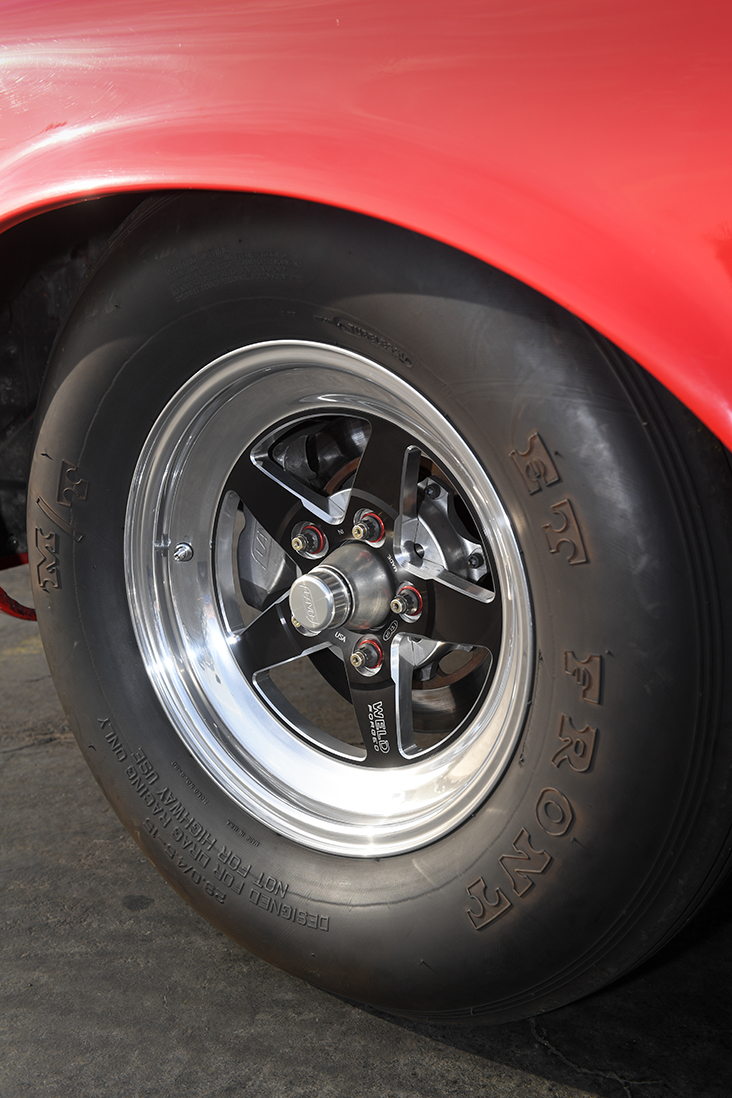 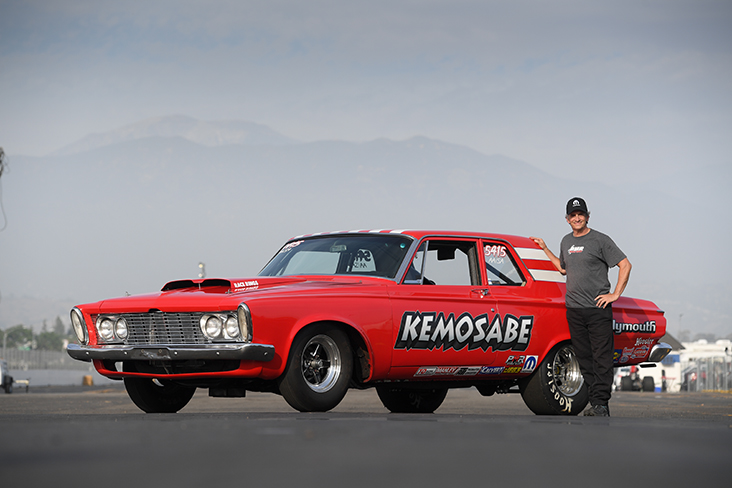 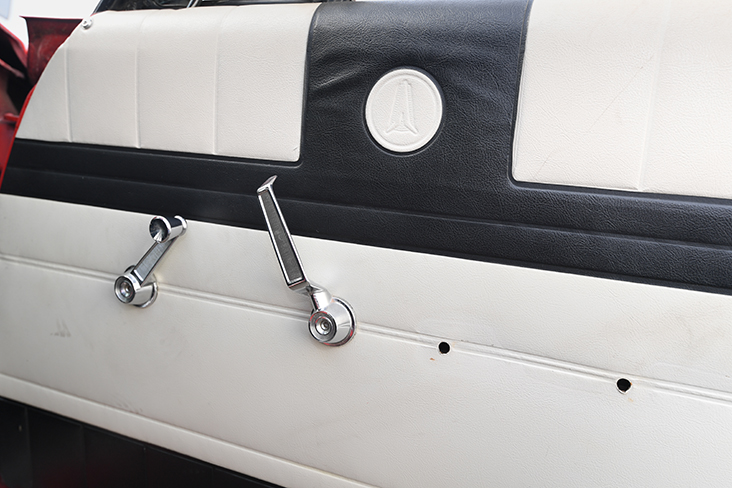 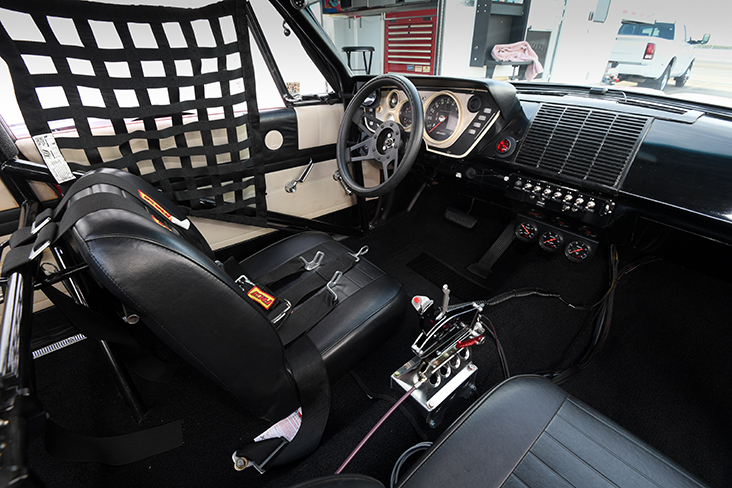 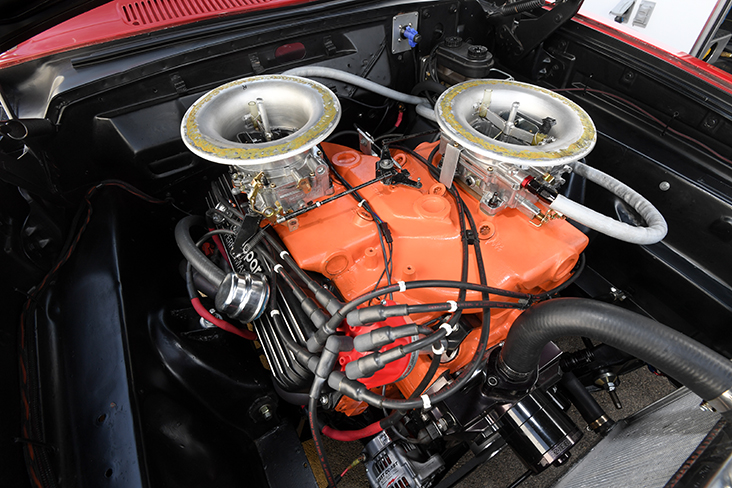 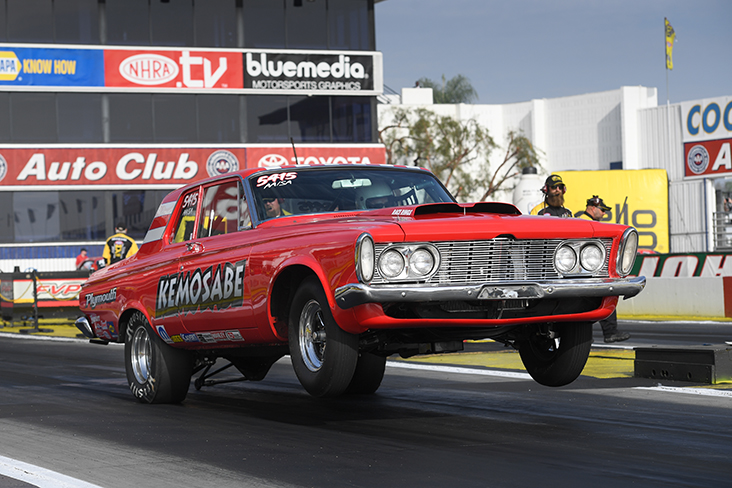 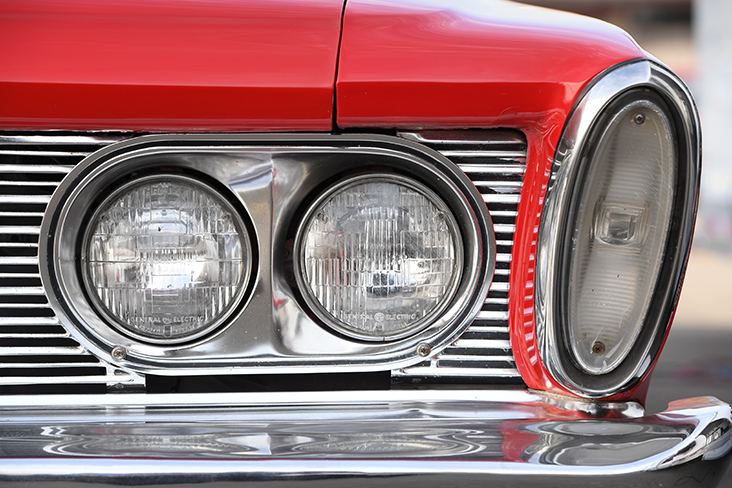