Mustang Funny Cars through the years

Ford’s announcement earlier this week of an all-new Mustang Funny Car body for the 2019 season was no doubt met with great enthusiasm by the Blue Oval fan contingent, who haven’t had a true new body to cheer on since 2009. Oh sure, Ford stalwarts Bob Tasca III and Tim Wilkerson have been carrying the load for the Dearborn-bred pony car since John Force switched back to Chevrolet in 2015, but they’ve all been basically working to improve a decade-old factory offering.

The Ford Mustang may be the class’ hardest-working model, and certainly it’s longest running and, at a quick glance, it’s most prolific. 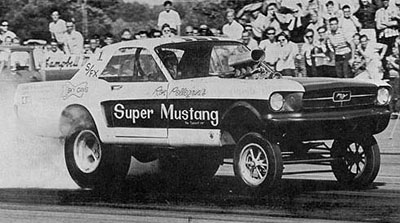 Consider that since the mid-1960s, when we started seeing the first Mustang-bodied Funny Cars (and S/SXers), like Ron Pellegrini’s Super Mustang, there has been only one half-decade break where the body (Mustangs and Munstags IIs) fell out of popularity or were aged out, that being from roughly 1988 until 1993. In 1994, the Candies & Hughes team resurrected the Mustang with their Gordie Bonin-driven Smokin’ Joe’s entries and won twice, in Memphis and Columbus.

Force, far and away the winningest Mustang driver in NHRA competition, got his start in a Mustang (1972) but quickly became a Chevy guy, then stayed with GM makes (Oldsmobile and Pontiac) before returning to his Ford roots in 1997, where he stayed for nearly 20 years and won 10 of his 16 championships and 81 of his 149 national-event titles.

A quick search of DragList, produced a list of more than 800 nitro Funny Cars alone from 1965 to 2018 and while many might be year-to-year carryovers or hand-me-downs, that’s still a lot of Mustangs (and that number does not include the highly popular Mustang II that reigned in the mid- to late-1970s or any alcohol burners. Granted, it seems like everyone and their brother had a Vega or Monza Funny Car in the 1970s, but there were gone by the early 1980s while the Mustang has persisted.

(While Ford Funny Car racers spread the love around to a variety of models  --Mustang, Pinto, Maverick, Torino, LTD/Crown Victoria, EXP, Probe, Thunderbird, Tempo, and, if you want to really split hairs, even a few Anglias -- Chevy probably has the greatest variety: Corvette, Nova/Chevy II, Camaro, Chevelle, Corvair, Monte Carlo, Vega, Monza, Citation, Lumina, and Beretta  -- just off the top of my head). 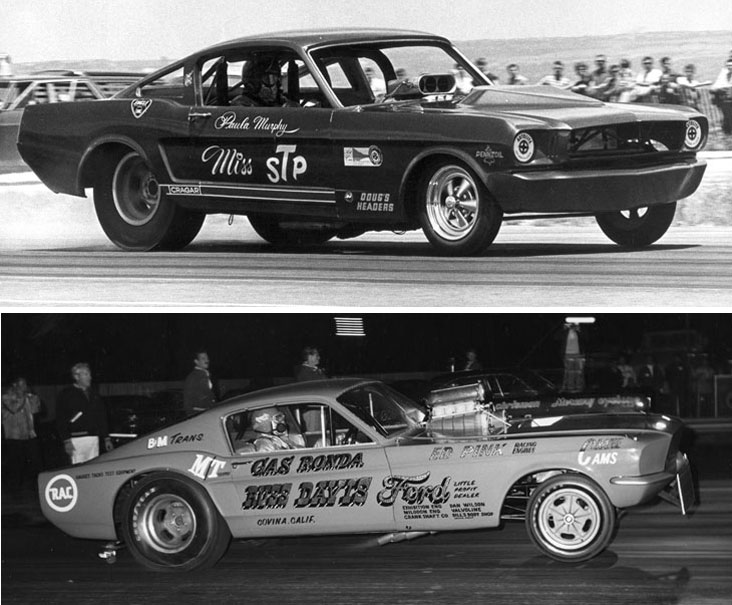 If you were to track a lineage of the Mustang in Funny Car, you could start with Pellegrini’s one-off shorty but have to quickly proceed to the 1965-66 cars campaigned by people like female flopper pioneer Paula Murphy and Ford standouts Gas Ronda and Tommy Grove, some of which looked very factory-like and others with stretched wheelbases.

By the late 1969s, cars like the Tasca/Bill Lawton Mystery 7 Mustang really looked like refined race cars, with guys like Larry Fullerton, Connie Kalitta, and, of course, one if the breed's most famous, the Danny Ongais-driven Mickey Thompson machine killing it from coast to coast.

The Mustang II, Ford’s “second generation” machine, became the chief Monza fighter in the mid-1970s, made most famous by the Indy-winning Blue Max and Orange Baron machines of Raymond Beadle and Gary Burgin, respectively. 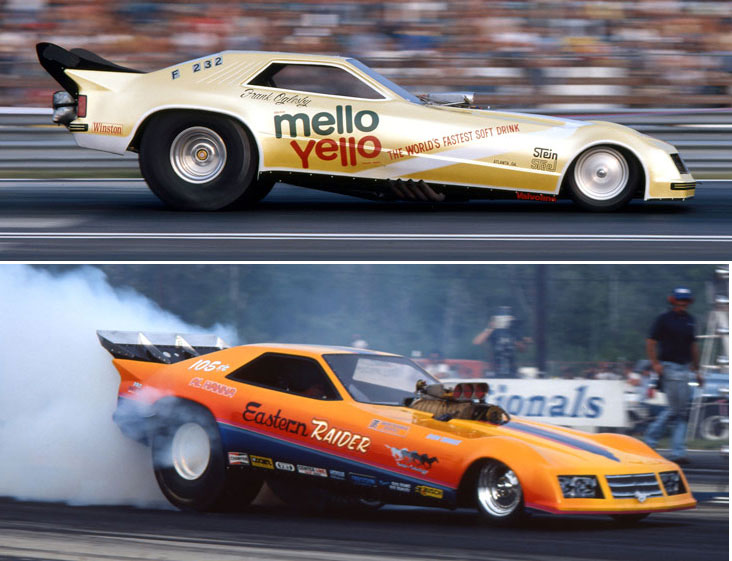 By the mid-1980s, the Fox body had progressed and became a little less sleek, as evidence by Beadle’s 1984 Denver-winning entry, but still retained the same basic four-headlight look with cars like Meyer’s 7-Eleven machines, Scott Kalitta’s Bounty Hunter, and Brad Tuttle’s Nitro Bandit, though, beginning in 1987, they went to a more aerodynamic-looking teardrop look.

The fourth-generation Mustang hit showroom floors in 1994 and the dragstrip with the Candies & Hughes/Smokin' Joe's team, followed by the Force team’s twin Castrol Cars (John Force and Tony Pedregon), Gary Clapshaw’s Fuelish Pleasure, and a few (but not many) others. 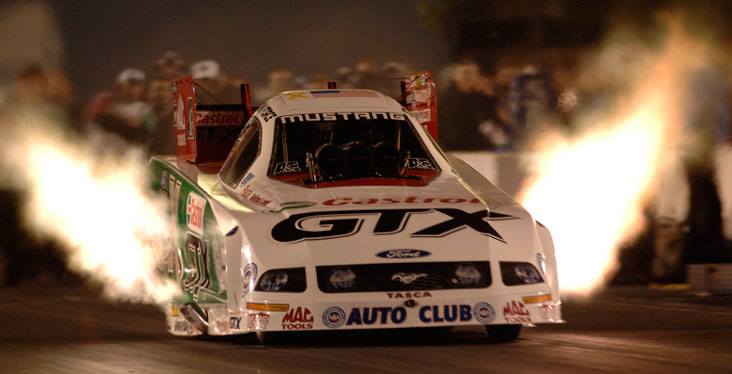 Ford’s fifth-generation Mustang took the world by storm with its retro look and made a damn-nice-looking Funny Car body, most visibly evident by the change in the grille and headlights. 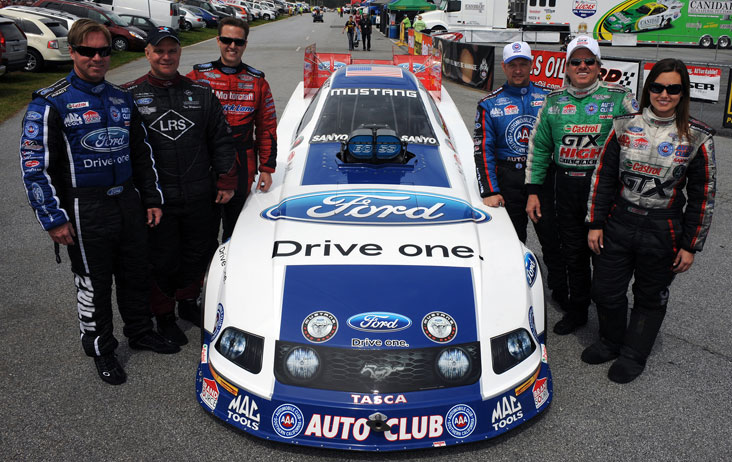 The most recent Ford Mustang body was unveiled in 2009 by this super group of drivers, from left, Mike Neff, Tim Wilkerson, Bob Tasca III, Robert Hight, John Force, and Ashley (not yet Hood) Force.

Obviously, there’s been constant tweaking between, around, and throughout the most recent body’s lifestyle (some no doubt not apparent to the untrained eye), but I think it’s super cool that Ford – just like Dodge, Toyota, and Chevy in recent years – thinks enough abut Funny Car racing to spend the time, money, and resources to give its Blue Oval warriors the weapons to fight back.

The sixth-gen Mustang, unveiled to the public in 2015, is 1.5 inches wider and 1.4 inches lower than its predecessor, so it'll be interesting to see what Ford -- which has promised its tech from NASCAR and IMSA to the project -- comes out with. I can’t wait to see it.