Welcome to Part 2 of our Summernationals Time Machine, looking at some late-1970s pit-area photos from Englishtown, as provided by column reader John Guzevich. Without further ado, let’s head back to E-Town, in 1978 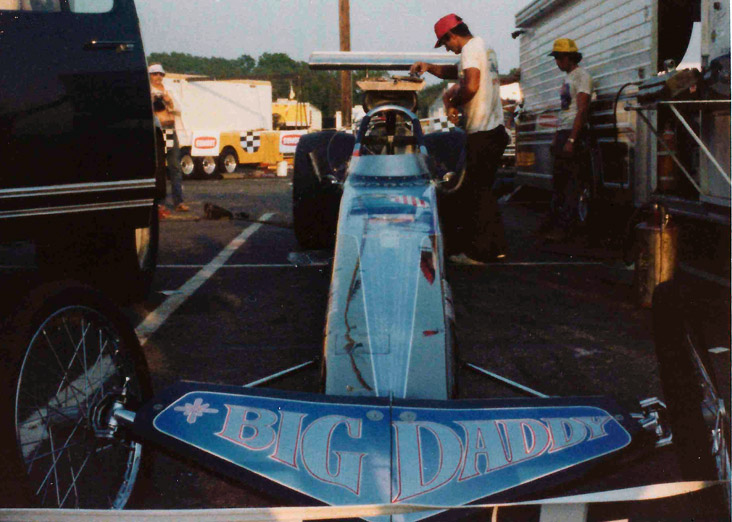 With a trusty Kodak Instamatic, we watched "Big Daddy" Don Garlits working on the engine back in the pits. 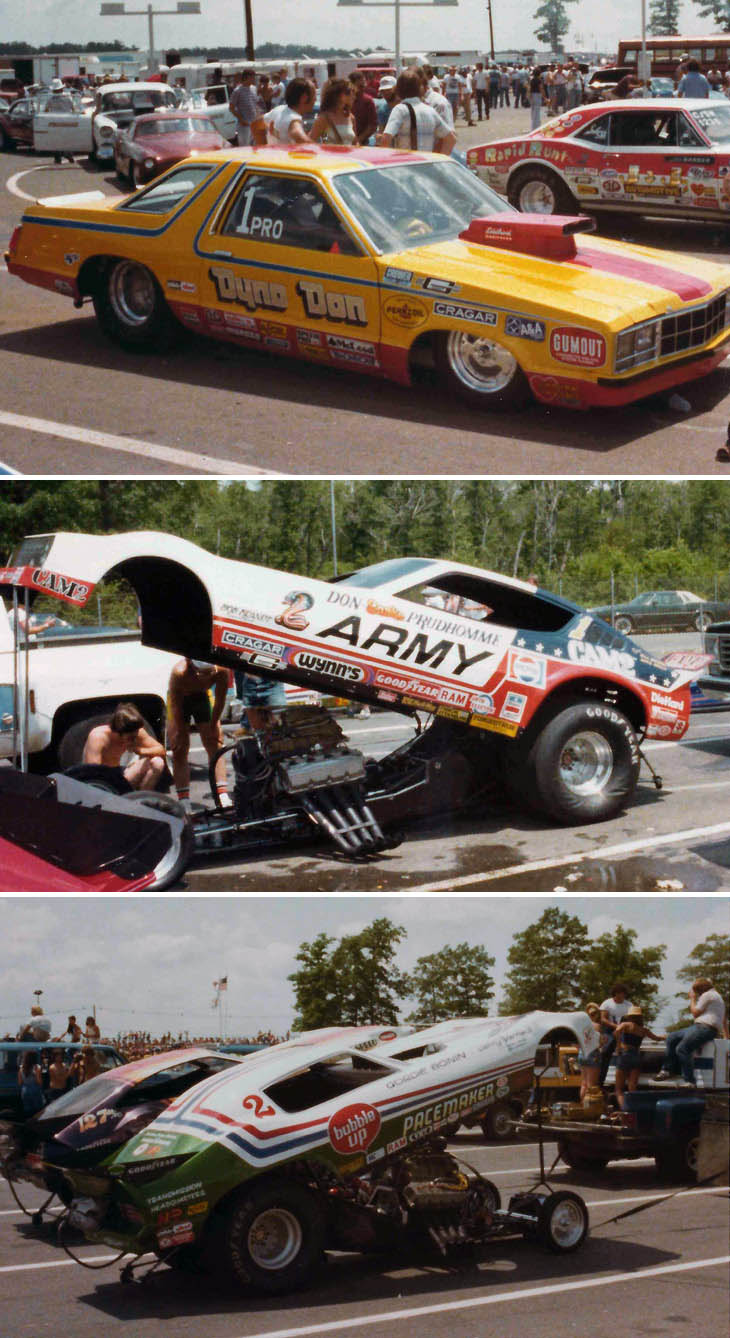 Roaming the staging lanes, there is Pro Stock champion “Dyno Don” Nicholson, the Army AA/FC of Don “the Snake” Prudhomme, and another pair of floppers: Gordie Bonin in the Bubble Up Trans Am and the Wombat of Jim Wemett.

After their qualifying runs, we returned to the pits and stopped to see “TV Tommy” Ivo alongside his beautiful black and red Arrow AA/FC, then we got close to the fabled Tom “the Mongoose” McEwen and his Corvette AA/FC. Seeing the Bubble Up team trailer, it wasn’t Bonin, but the Top Fuel with Graham Light (later of NHRA) wrenching on the engine. 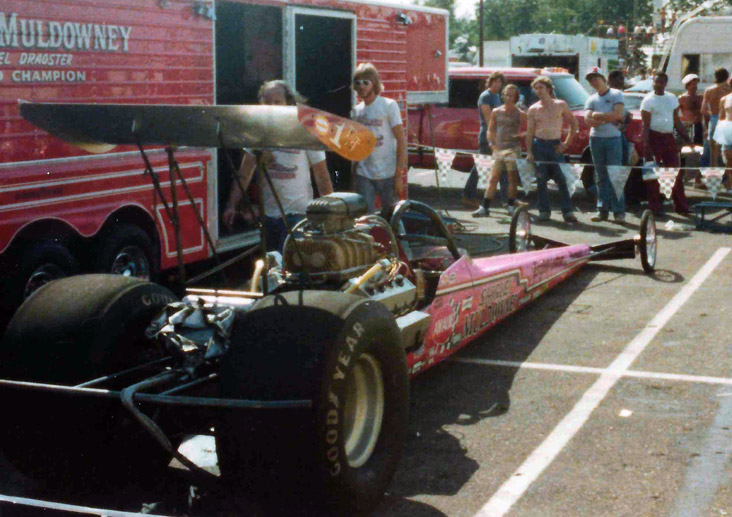 Moving along, the crowds around her pit were 10 deep, and we were finally able to get close enough for shot of Top Fuel champion Shirley Muldowney’s dragster with the big #1 on the wing. 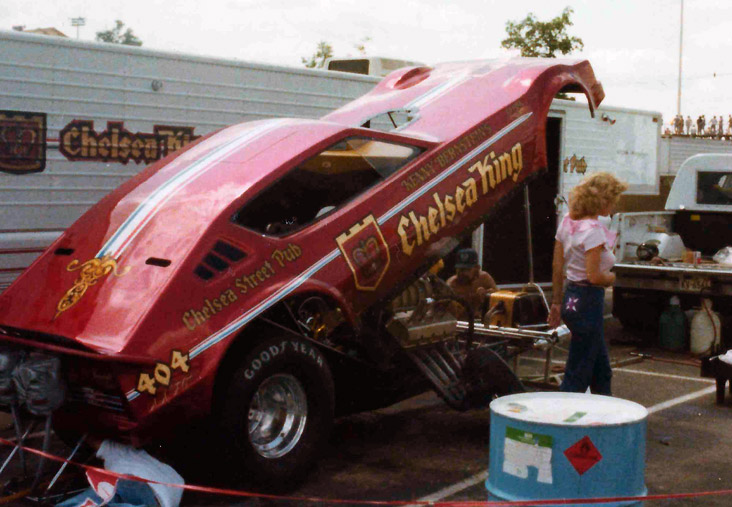 We were amazed at this Arrow AA/FC with the candy apple red paint that seemed a foot deep. It was someone we had not heard of before, a racer named Kenny Bernstein and the Chelsea King. We’d all know of him in the coming years ...for sure! 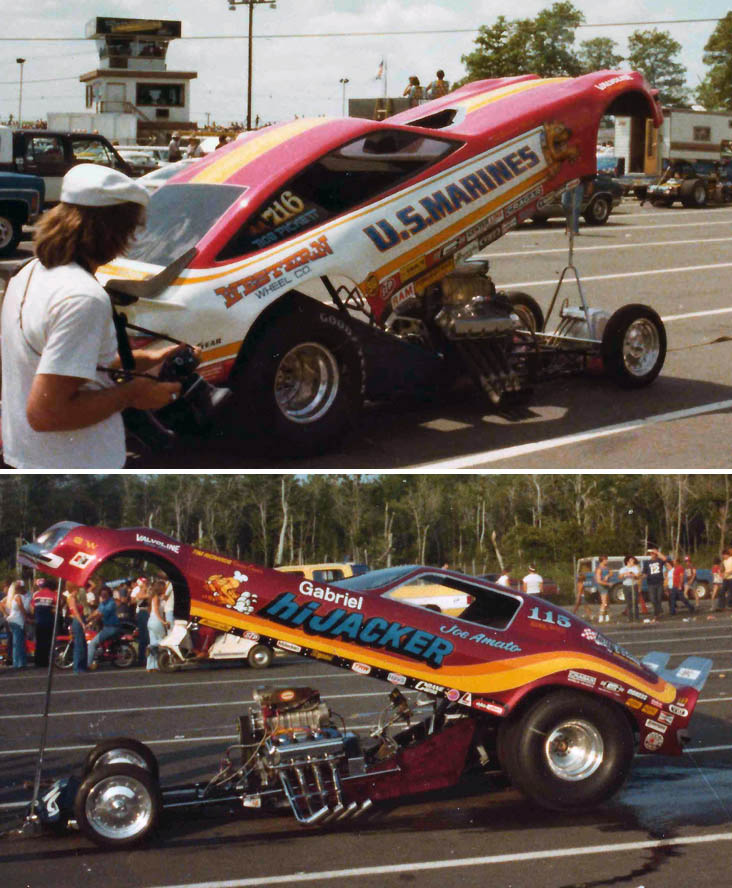 Heading to the staging lanes before watching some runs, we saw Bob Pickett and the U.S. Marines AA/FC and the gorgeous BB/FC of Joe Amato. 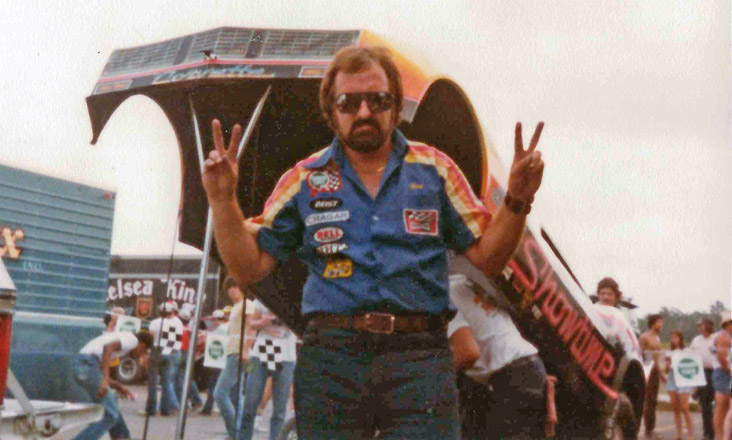 One last shot from the 1979 Summernationals, one of our favorite floppers was the Showtime Corvette of Tom Hoover. We had been hanging around his pit watching his dad, George, work on the car when Tom noticed us. 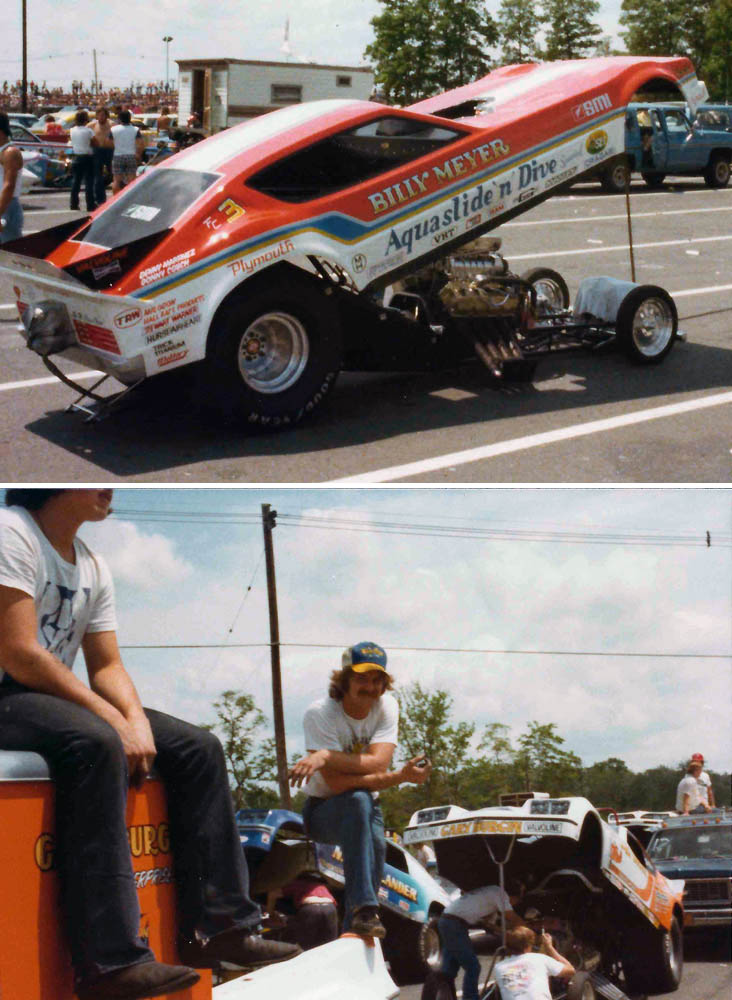 As my friends and I explored the staging lanes while qualifying was underway, we saw more and more racecars appear: Billy Meyer’s AA/FC and the crew of Gary Burgin up on the duallie to get a better vantage point to estimate as to how far they are from the starting area behind the bleach box. 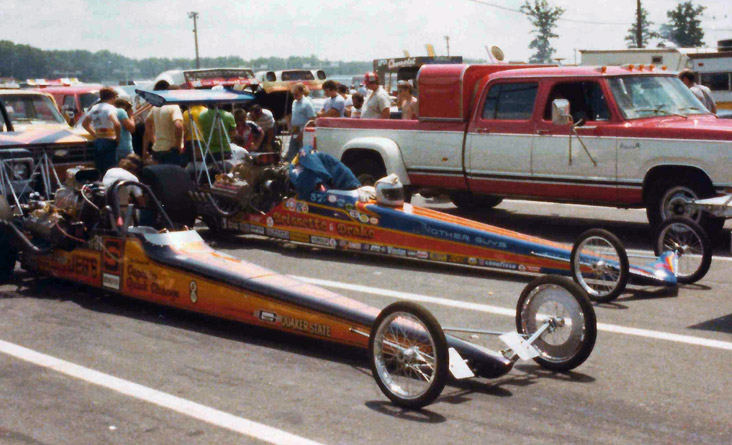 There are dragsters over there, the Brissette and Drake Top Fueler driven by Kelly Brown and Jeg Coughlin Sr., with more floppers behind. 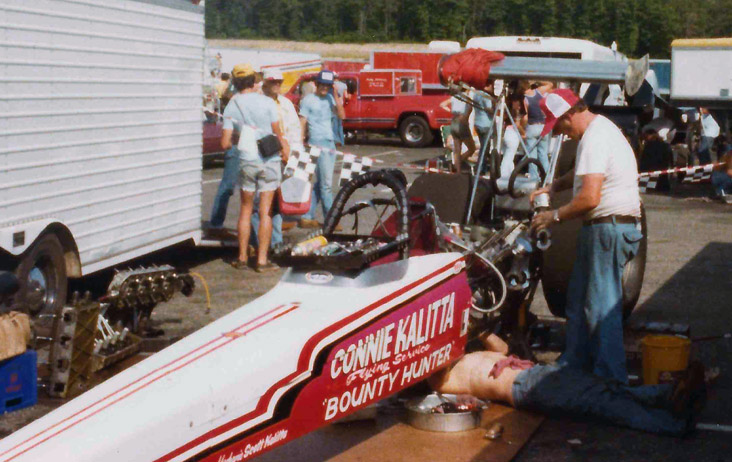 With qualifying drawing to a close, we see the Bounty Hunter Top Fuel of Connie Kalitta being readied for eliminations on Sunday. We will be back to watch.

I hope you enjoy these images from a storied raceway and a storied event as much as I have had sharing them and reliving them.

Thanks again for sharing, John.

Hey Insiders. I just realized (forehead slap) that with the new website, there's no direct way to contact me anymore. It only took me six months to remember that the byline on the old site was linked to my email. There's no such functionality here, so I'm just going to put it at the end of every column, like this:

Phil Burgess can be reached at [email protected].

So write me, y'hear?