In 2000, a panel of experts picked the Top 50 racers of NHRA's first 50 years. Considering that many of today's stars had not yet even begun, or were just beginning, their careers at the time, who would be added to a Top 50 list today?
05 Dec 2017
Phil Burgess, NHRA National Dragster Editor
DRAGSTER Insider

Perhaps one of the toughest yet most satisfying projects in my life here at Planet NHRA was the creation, in 2000, of the Top 50 Racers list as part of the following year’s NHRA 50th Anniversary celebration. I assembled a blue-ribbon panel of experts from all walks of drag racing life, from historians to journalists to former racers and officials, and had them cast their votes. It was a monumental amount of work but I’m very proud of what we all accomplished. 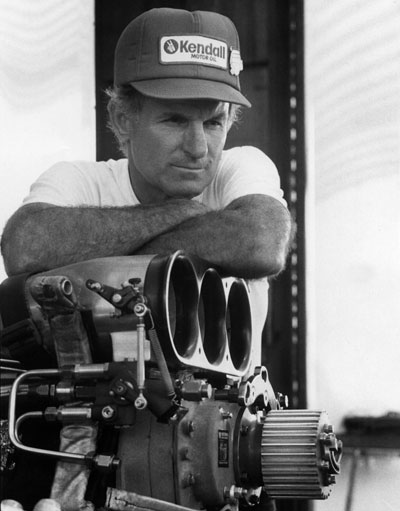 The final results, which landed “Big Daddy” Don Garlits in the No 1 spot, were not overwhelmingly surprising, given the criteria that weighed not only ontrack success but other contributions to the sport including technological and sponsorship achievements, fan popularity, and more. Because the list was called “Top 50 Racers” instead of “Top 50 Drivers,” Garlits was master of most of the criteria, and, because of the innovations part, you had guys like “Sneaky Pete” Robinson make the list where he might not otherwise were it just based on how many times he went to the winner’s circle (three), and double-threat innovator/racer Dale Armstrong in the lofty No. 10 spot.

Robinson was actually the top pick one of the panelists, but only one. Garlits got 25 of the 37 No. 1 votes with John Force (5) and Bob Glidden (2) being the only other drivers to get more than one No. 1 vote. Don Prudhomme, Shirley Muldowney, Bill Jenkins, and Art Chrisman also all got picked at the top of a panelist's list.

Overall (and very surprisingly) not a lot of people took issue with the final results. Then again, it was pre-social media. Who knows what kind of Twitterstorm/Facebook rants we could have started.

Anyway, I reference the list a lot in my writings here and in National Dragster, because it’s nice to say to be able to put some context to, for example, Jim Dunn’s long and ongoing career by saying he part of the list (No. 27 to be exact) instead of just being the owner/crew chief of his current car.

The rub, of course, lies in the fact that whenever I reference the list, I have to say that it was created in 2000, which, by my official count, is, like 17 years ago. A tremendous amount has happened since then. 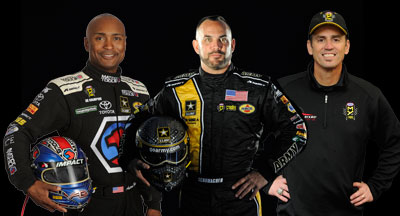 Consider, for example, the absence of eight-time Top Fuel champ Tony Schumacher and his 83 career wins, or three-time Top Fuel kings Antron Brown (65 wins) and Larry Dixon (62 wins). The reason they’re not on the list is obvious. In 2000, Schumacher was in just his second season and had just five wins to his credit. Antron had six wins, all in Pro Stock Motorcycle, and wouldn’t turn a tire in Top Fuel for another eight seasons. Dixon did already have 10 wins but was two years away from the first of his trio of season titles.

Would any or all three make today’s top 50? No doubt. 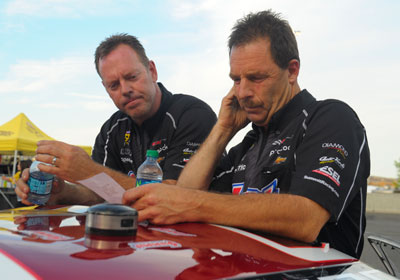 Greg Anderson is perhaps the poster boy for a new list. In 2000, he had yet to win a single Pro Stock race (Bristol 2001 was his first), but since then he’s racked up 89 wins and four championships and is the sixth winningest driver in NHRA history. His teammate Jason Line, had just two Stock eliminator wins entering the 2001 season and wouldn’t win until mid-2004, but has racked up 47 wins and three championships of his own since then.

And what about Ron Capps? In 2000, he had just nine victories, but today he’s got 58 and is second in career Funny Car wins behind only John Force. Or multi-time Top Fuel championship runner-up Doug Kalitta, who has 43 wins, 38 of which have come since the initial list, and is the fifth-winningest driver in fuel dragster history.

In retrospect, Jeg Coughlin Jr. may have been a glaring omission, as he had 32 wins already to his credit spread among four different classes and won championships in two of them. Of course, better days would be ahead as he’s now won in an unprecedented seven classes and can boast 76 wins (just one of 10 drivers to exceed 75 wins) and a total of six championships. 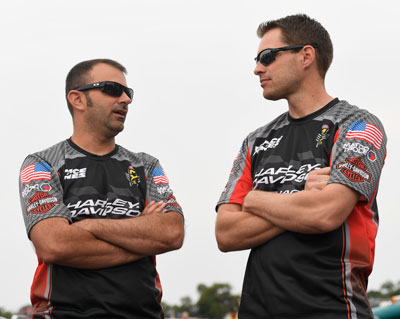 And what about them Harley boys, Andrew Hines and Eddie Krawiec? Hines hadn’t even begun his career yet (older brother Matt was the team rider), but today he has 48 Wallys on the mantle and five championships and is the winningest rider in class history, supplanting Dave Schultz, who made the 2000 list at No. 44. Krawiec, who collected his fourth title this season, is not far back with 42 wins despite not having a fulltime ride until 2007, and three-time champ Angelle Sampey also has 42 wins.

Tough to leave any of them off, right? 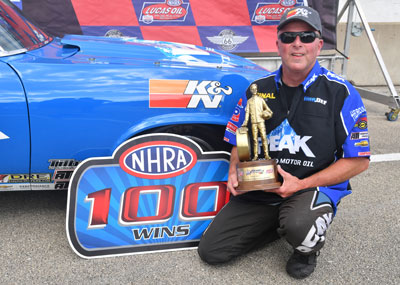 Frank Manzo and David Rampy, two of the best Sportsman drivers in the game in 2000 with respective win totals at the time of 41 and 38 Wallys, made the list, but Dan Fletcher, who earlier this season became just the third driver in NHRA history to eclipse 100 wins, did not. Of course, back in 2000 Fletcher had “just” 20 wins and one championship; today he has 102 wins and three titles. Definitely list-worthy. And both Manzo (105 wins and 17 championships) and Rampy (96 wins and five titles) also still deserve to be on the list. Peter Biondo also did not make the 2000 cut for Sportsman heroes (he had “just” 13 wins then), but today he’s one of just 17 racers in NHRA history with more than 50 wins (52).

The problem, of course, is if you added all of these folks today, who would you demote from the 2000 list? That’s a tricky one, because no one wants to devalue anyone’s accomplishments. Are Malcolm Durham’s accomplishments as the sport’s first African-American superstar at all diminished by the fact that NHRA has the most diverse group of racers of any motorsport? Or does that fact make it all the more relevant? Almost every national event track today has a track-spanning VIP tower and many have all-concrete surfaces, but does that diminish Billy Meyer’s accomplishments as the first? I don’t think so. I was proud that Top Fuel Motorcycle king Elmer Trett made the list, even four years after his death, but does what he did 20-plus years ago still hold up for inclusion? I bet there’s a pitful of racers who would say that it does.

This would sure be a whole lot easier with a Top 100 list, but you’d still have to rank them.

Speaking of which, what about the other end of the spectrum? Does Garlits still deserve to be No. 1 ahead of Force? At the time of the 2000 vote, Force had 93 wins on his way to becoming the first to exceed 100 (and today, at 148, he’s on the verge of breaking 150) and he’s added five more championships since, brought all three of his daughters and Robert Hight into the fold -- making them almost instant winners and/or champions -- and, as a team owner, has won a combined 259 Wallys and 20 season championships. It seems even sacrilegious to say that anyone should be ahead of “Big Daddy,” but Force checks an awful lot of the criteria boxes, too, and his legacy, as a promoter and unflinching cheerleader of the sport, just continues to grow. 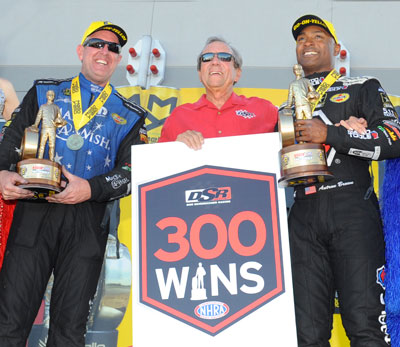 And while we’re on the subject of Force’s contributions to the sport beyond a boatload of wins, what about Don Schumacher? As a driver he had just five wins, and in 2000 he was only bankrolling son Tony and his new Top Fuel effort, but what has he done since then? How about a total of 318 national event victories and 16 world championships spread among a Who’s Who list of drivers and crew chiefs? What’s he’s done for the sport, in ensuring top-level teams (not to mention reducing Brownsburg’s unemployment rate) that fill fields with quantity and quality, bringing in new sponsors like the Army, NAPA, Matco, and Papa John’s, and boosting the careers of drivers like Brown, Capps, Matt Hagan, Jack Beckman, Leah Pritchett, and Tommy Johnson Jr. is commendable and list-worthy on a whole different level.

So, who wants to take a crack a remaking the Top 50 list? You do, you smug little citizens of the Insider Nation, that's who. I’m so proud of you. Have at it.

Send me your lists at the address below, and be sure to 'splain/defend your choices!