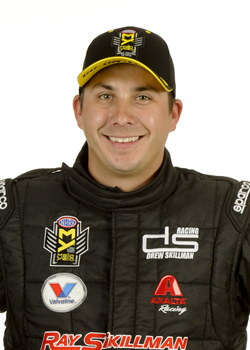 Looking to recharge his championship chances, there may be no better place for Pro Stock’s Drew Skillman to go than Gateway Motorsports Park for this weekend’s fifth annual AAA Insurance NHRA Midwest Nationals.

Skillman’s first career victory came at the race a season ago in his impressive rookie campaign, also notching wins each of the last two years at the track in the NHRA Lucas Oil Drag Racing Series sportsman ranks. Following a first-round loss during the first race of the NHRA Mello Yello Drag Racing Series Countdown to the Championship, returning to St. Louis could provide just the spark Skillman needs with five races left.

“I love that racetrack and it’s definitely one of my favorites,” said Skillman, who dropped to eighth in Pro Stock points. “We’ve always done really well there and we’ve been there a bunch so I’m familiar with it. I know what I’m expecting when I show up there but we have to have a good next couple races. We have to come out swinging.”

Antron Brown (Top Fuel), Del Worsham (Funny Car) and Hector Arana Jr. (Pro Stock Motorcycle) were also last year’s winners of the event that will be televised on FOX Sports 1 for the first time. The race is the second in the NHRA’s six-race playoffs and Skillman is determined to get back on track in the redesigned Pro Stock class.

The talented Skillman won his second career race recently in Brainerd but has since fallen into a slump at the worst possible time in his Ray Skillman Auto Group Chevrolet Camaro, falling in the first round at back-to-back races. That makes it even more difficult to track down the likes of points leader Jason Line, who won in Charlotte and has eight wins in 2016, but Skillman remains determined.

“We’re ready to get back in the car,” Skillman said. “We’ve gone through everything, picked away at some things and we’re feeling pretty good. We’re coming out swinging and we’ll see what happens. We’re behind the 8-ball a little bit, but it’s time to get after it. We’re going to keep working at it and see how we can finish this thing up.” 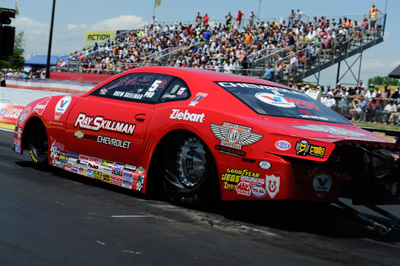 He joined the Gray Motorsports team midway through the 2016 campaign, making impressive strides capped off by the Brainerd win. But to take a step forward from last season’s finish Skillman knows he has to put together something impressive over the final five races, starting this weekend at Gateway Motorsports Park.

“It’s been working really well with the Grays,” Skillman said. “We’re going to try to finish strong, test a bunch this winter and be ready to go next year. But it’s better for everything to end the year strong, prove to everyone we still have what it takes.”

To purchase general-admission or reserved seats, call 855-RACE-TIK (722-3845). Tickets are available online at www.gatewaymsp.com.  Kids 12 and under are free in general admission areas with a paid adult.