It’s a pretty fair bet that the knowledgeable citizens of the Insider Nation can recite by heart many of the major firsts in NHRA history -- first Nationals winner, first female winner, first five-second runners, and on and on – but I doubt that many know or remember the name of NHRA’s first points-based world champion.

In 1960, Hobbs, N.M.’s James “Buddy” Garner Jr. earned that piece of drag racing history with a nearly perfect season of racing his Chevy-powered C/A Plymouth coupe. Garner passed away last Friday, March 11, in Lubbock, Texas, at the age of 76, and I thought I’d salute him here this week.

A lot of people think that NHRA didn’t crown its first points-based champion until 1974 because from 1965 through 1973, the winners of the annual World Finals were crowned the season champs. And though that’s true – it was a points-based system (points accrued at divisional races) that earned them the right to race at the Finals – Garner earned the first NHRA world championship in a true points-based format.

NHRA implemented its new championship points program in 1960 aimed at determining a national points champion "in an effort to add more interest for those active in drag racing, regardless of their competition class or geographical location." In many ways, it’s similar to how today’s Sportsman champs are crowned in that it allowed racers to accumulate points locally instead of traveling across the country.

Four of Garner’s wins came at bonus events that earned him extra points, which may have been the difference maker. Garner’s final score of 500 points was 10 more than that of the runner-up, Earl Rowe and his Richmond, Va.-based S/SA Pontiac. The two were locked in a tight battle from midseason on and never were separated by more than 40 points. 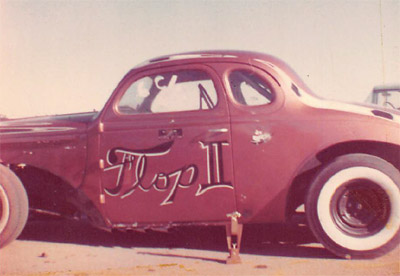 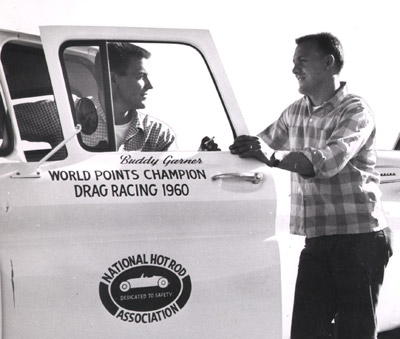 So dominant was Garner’s Plymouth that it was torn down on several occasions for class verification by NHRA South Central Division Director Dale Ham and was also subject to spot fuel checks. During the season, Garner also set the C/A national record at 13.09 seconds on his home strip in Hobbs in June of that year.

Garner’s 2,630-pound Plymouth, dubbed Flop II, was powered by a 301-cid Chevy V-8, bored .125 over with a stock stroke; Jahns pistons; Grant rings; and a balance job by Culvert Balancing of Denton, Texas. A Hilborn fuel-injection unit fed air and gas to McGurk ports and oversize valves activated by an Engle cam. Power was transmitted through a Chevy three-speed transmission to the 4.89 Studebaker rear end and on to 7:10x15 M&H Racemaster slicks.

As the grand prize for his championship, Garner received a '61 Chevy pickup equipped with a V-8 engine, oversize tires, and heavy-duty springs to carry tools and racing parts and topped with a custom-built cab-over camper, manufactured by original NHRA Safety Safari leader Bud Coons at his business in Kansas.

Garner was recognized in the Lea County Museum in Lovington, N.M., to which he donated some of his trophies, and was inducted into the NHRA Division 4 Hall of Fame. Garner is survived by wife Belinda; sons James “Buddy” III, Chase, Devin, and Dustin; sisters Eugenia Fazzino and Robbie Casey; and a brother, Robert. 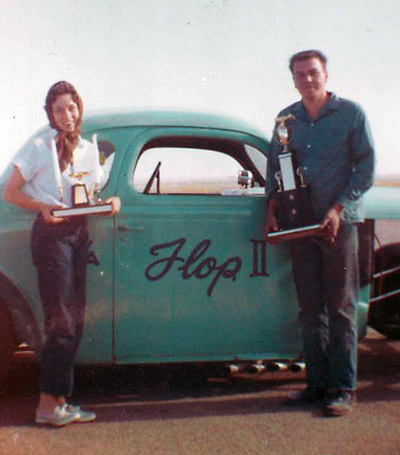 I talked to Jody Reed, who was Garner’s girlfriend when he won the championship and later became his wife and mother of Buddy III and Chase. The two had met as teenagers when his family moved from Mississippi to New Mexico in 1956, and not only was she his constant companion at the races, but she also was pretty handy with a wrench and submitted reports to National Dragster under her maiden name, Jody Smith.

He was not yet 21 when the 1960 season started, and she was two years his junior. Despite his young age, Garner was already a respected racer in the region – having started by street racing his ‘57 Chevy before turning to the track -- so when NHRA announced the championship program early that season, there was no doubt he would be all in.

“When NHRA announced there was going to be a championship, he said, ‘If they’re going to have a contest, I’m going to win it,’ and there was no stopping him. That’s just the way he was with everything he did. If he got into something, it was that or nothing, which is why he did so well in drag racing. He had a passion and desire to do the very best he could. He put his heart and soul and hard work into everything he did. He put everything he made into that car.

“We’d get off of work Friday afternoon – Buddy owned a sign business, Sign-Glo Signs -- and hop in the car, and drive to wherever we were going. It was never a question of, ‘Are we going racing this weekend?’ because we always went, and he was always back to work on Monday morning. He was true-blue racer.” 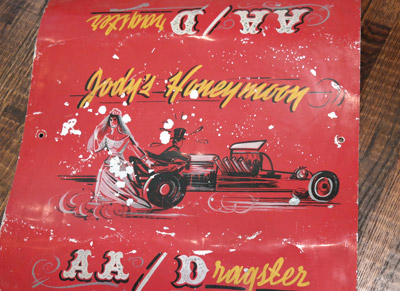 Garner's eldest son, Buddy, still has the cowl of his dad's dragster.

A year after winning the championship, Buddy built a AA/Dragster just before he and Jody were married in September 1962 – the car was named Jody’s Honeymoon because racing didn’t take a break after the nuptials -- and just before he was drafted and sent to basic training in California, which put his racing career on hold. During training, he injured both ankles and was not deployed overseas. He returned home and continued racing, and the sign business flourished to include big contracts with the likes of Chevron and Exxon. The Garners would often fill their cars with neighborhood kids for a trip to the drags, inspiring a new generation of New Mexico enthusiasts.

I got a chance to talk to Garner’s youngest son, Dustin, 30, who grew up surrounded by his father’s racing trophies and enjoyed hearing his stories. Together, they built a Firebird that Dustin races in Hobbs and a ‘57 Chevy that they worked on with Devin. His dad suffered from Parkinson’s disease the last 10 years of his life, which made communication difficult and left a lot of his questions unanswered, but Dustin made the most of his time with him. 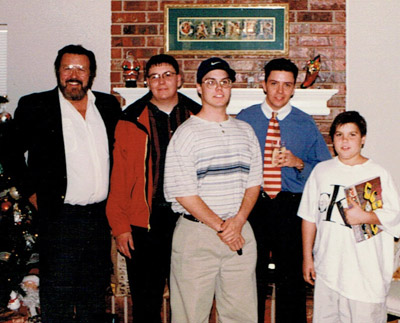 “I remember him telling me the story of how scared he was before going to one race because something was wrong with the car, and he couldn’t figure it out and didn’t want to lose,” recalled Dustin. “He’d done a compression test, checked the transmission, and everything was fine, so he just had to go out there and race it. By the time he got it to the track, as soon as he lined it up, he said he knew everything was going to be OK, and he said he had one of the best races of his career.”

I also spoke briefly with his oldest son, Buddy, who supplied me with a treasure trove of images chronicling Garner’s career, everything from old race reports to pit passes, correspondence with manufacturers, and so much more taken from the pages of scrapbooks that he filled during his racing career.

The pride that his entire family has is very telling, from the oldest to the youngest, and seemingly from everyone who crossed his path. His legacy as NHRA’s first champion is a great one, but no greater than the one he leaves behind with a loving and proud family.