The handicap starting system enables vehicles with varying performance potentials to compete on an equal basis.

Based on the anticipated e.t.s for each vehicle (dial-unders or indexes), the slower vehicle is given a head start equal to the difference of the e.t.s. At NHRA Mello Yello events, a no-breakout handicap system is used in Comp (handicap determined by national indexes). In Super Stock and Stock, drivers may dial under the national index, or select an e.t./dial-under that is quicker than the national index. Super Comp, Super Gas, and Super Street feature heads-up contests with respective indexes of 8.90, 9.90, and 10.90. 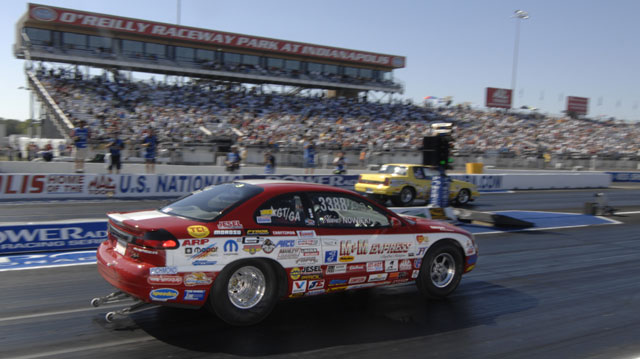