Sunday news and notes from the Denso NHRA Sonoma Nationals

The weather that makes it so pleasant to see a race in Sonoma is also the weather that causes crew chiefs to scramble on Sunday mornings. The first round of Top Fuel racing began with the cool, dense air caused by the fog that fills these hills in the morning. 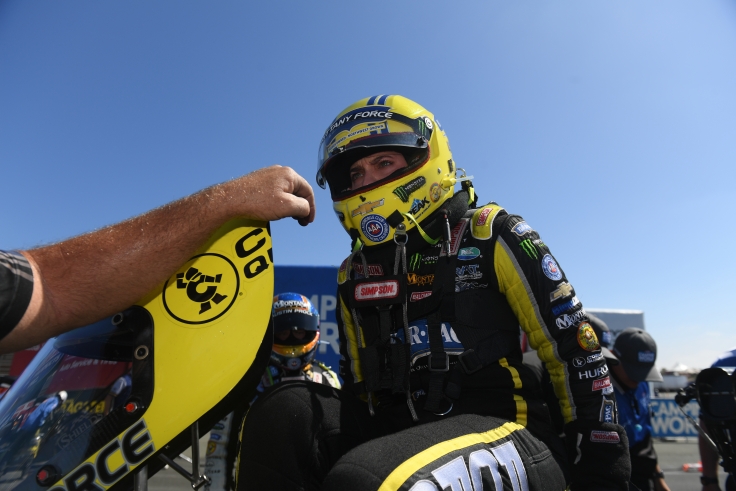 3.70s was the bar to start the day. Brittany Force was the first to break that trend when she dispatched her teammate in round one with a 3.662 which was enough to beat Austin Prock's quicker reaction time (.067 to .075).

"We're just racing, we're not looking to do a bunch of work this weekend. Racing with Hogan is the best thing on earth."—Bobby Lagana Jr., Capco Racing

Antron Brown went down to Shawn Langdon and had a fireball escape the engine at the top end.

It's national tequila day, and Guy Fieri was on the starting line watching the Top Fuel and Funny Car racing.

The Funny Car session began with a 97-degree track temperature.

Bob Tasca III went 3.875 and duplicated his qualifying run on Saturday. That was too much for Jason Rupert to compete with, but he made a clean run.

Terry Haddock makes a long burnout and squared off against Alexis DeJoria. DeJoria ran a smooth 3.905 which was good enough to defeat Haddock. Haddock had to work on two engine explosions, one in the Cameron Ferre piloted  Top Fuel dragster and one in his Funny Car.  HE was able to get his Funny Car back together.

"My team gives me such a good car, we're back at sea level running good. The butterflies are back, and I just wanted to puke before the first round."—Alexis DeJoria

Jeff Diehl had to shut off early with smoke coming out the engine, and Robert Hight ran around Diehl for a clockwork first-round win. Hight's car was dancing around a little in the eighth-mile 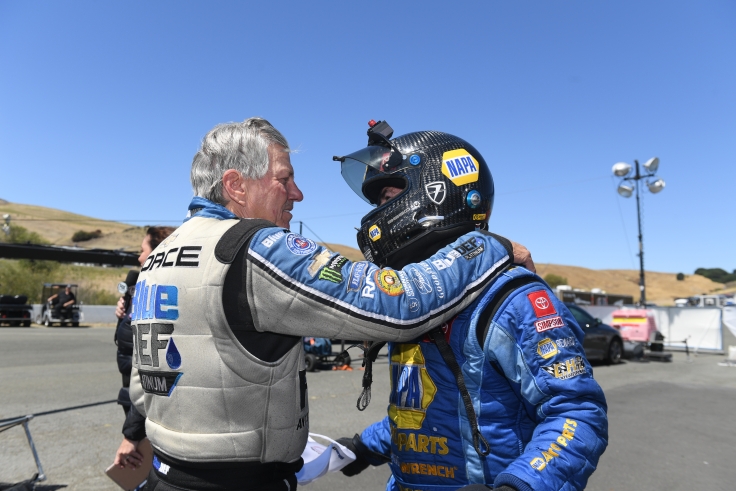 "We had a few hiccups here and there, but we went back to our notebooks and made a few changes. Ron Capps is a badass, so we knew we had to bring our A game."—Dan Hood

Hagan matched up against Cruz Pedregon and both cars danced around at the top end of the race track, but Pedregon held on a little bit better and managed a 3.911 at 328.70 to  Hagan's 3.939  at 330.23 mph. That meant now showdown for Hagan and Hight at this year's Denso NHRA Sonoma Nationals.

"Racing Matt Hagan and Dickie Venables that's probably the best crew chief driver combination in the sport, but we are running this Snap-On body for three races, and I am glad we got the win with it."—Cruz Pedregon

Paul Lee also struggled to make a clean run and drifted toward the wall in the left lane which allowed  Jim Campbell to advance to the next round.

Matt Hartford and Chris McGaha were the first pairing and Hartford's car hooked right toward the wall as soon as he let out the clutch.

McGaha made a clean run that matched his qualifying time.

Chris McGaha was next up opposite Bo Butner but could not repeat his son's success and lost to Butner on two less-than-perfect runs. 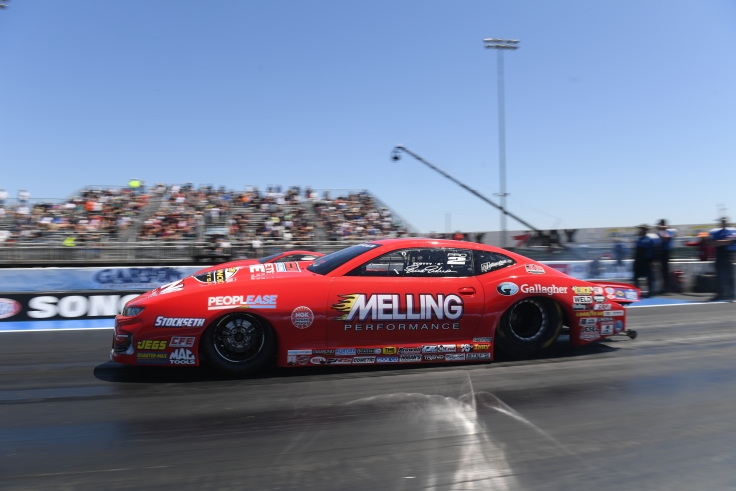 Jerry Savoie dispatched Angie Smith in round one on a quicker reaction time (.043 to .067)

Joey Gladstone's bike sounded ratty at the starting line and during the burnout, but when the light went green, his bike made its best run of the weekend. When asked what went wrong, Gladstone's team said, "We have no idea."

In the Denver final rematch Shawn Langdon knocked out Leah Pruett on a holeshot.

Doug Kalitta and Josh Hart dueled it out with a great race that saw Kalitta able to put more power to the ground.

Greg Anderson marched through the field, taking down one-time customer Bo Butner with a .003 reaction time.

Kyle Koretsky and Troy Coughlin Jr met up with identical reaction times (.017)  but Coughlin got out of it early giving the win to Koretsky.

Erica Enders and Mason McGaha paired up, Enders is as mentally tough as anyone who has ever gotten in a Pro Stock car. After some staging shenanigans, Enders beat McGaha's reaction time.

Jerry Savoie dashed Steve Johnson's hopes of taking home the Wally with a .047 to .084 reaction time.

Mike Salinas out Alan Johnson'd Alan Johnson and ran a 3.844  at 321.04  to Doug Kalitta's cylinder-dropping 4.354. That semi-final round sent Salinas back to the final round after a one-race hiatus.

John Force headed to the 263 final round in his career after defeating Alexis DeJoria.
Bob Tasca III was the man who was able to take down Mr. Sonoma, Robert Hight, and go to

Greg Anderson was on track to an Erica Enders final after couldn't make a clean run.

Erica Enders went  6.527 at 211 mph when Aaron Stanfield's car drove through the beams before the launch.

A nervous giggle came out of Greg Anderson when he saw the number Erica ran. "We're going to have to throw the kitchen sink at it in the final and see if it sticks."—Greg Anderson

Angelle Sampey red-lighted ant handed Eddie Krawiec the final round appearance
Joey Gladstone beat Jerry Savoie who was on a strong run until the bike began drifting toward the centerline.

Going into the Final Round 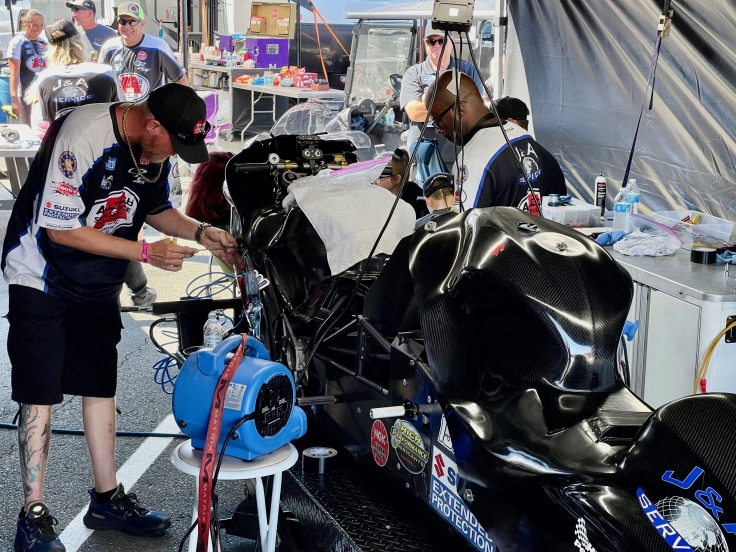 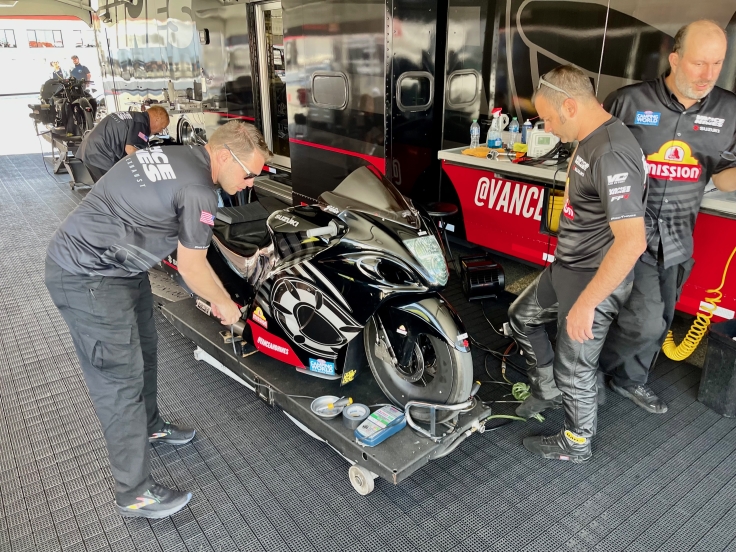 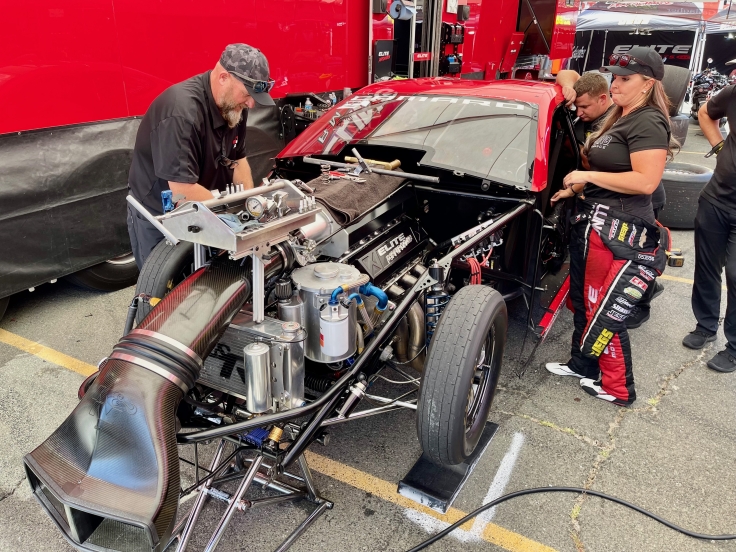 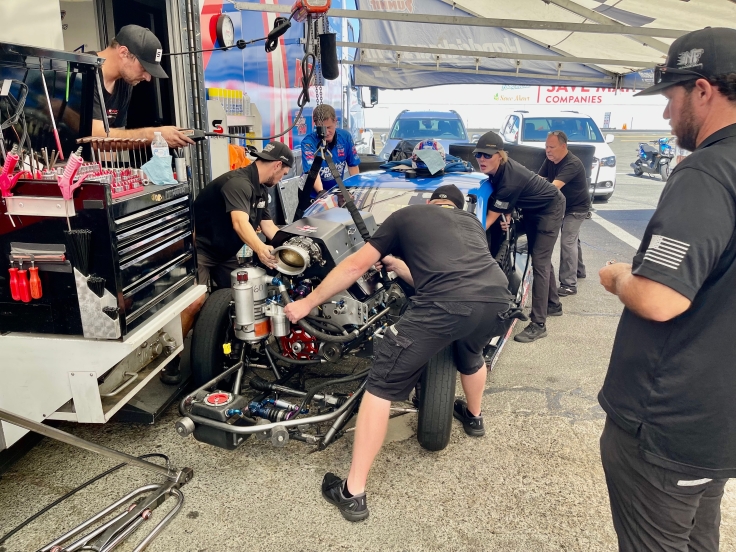 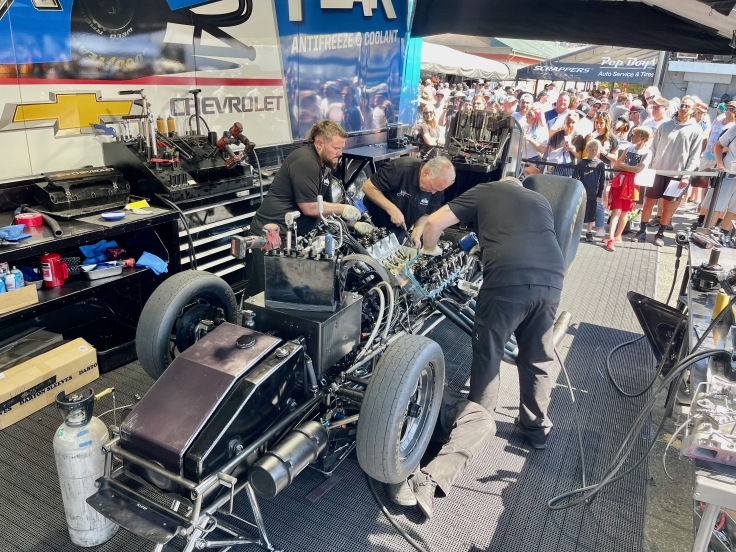 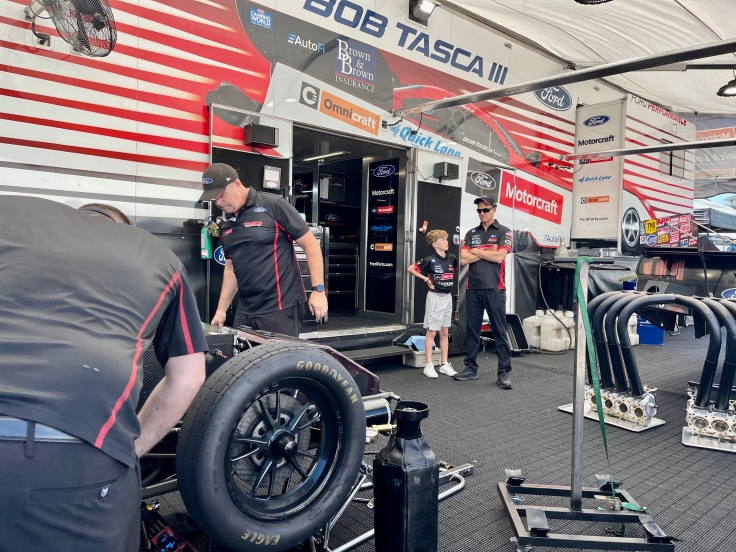 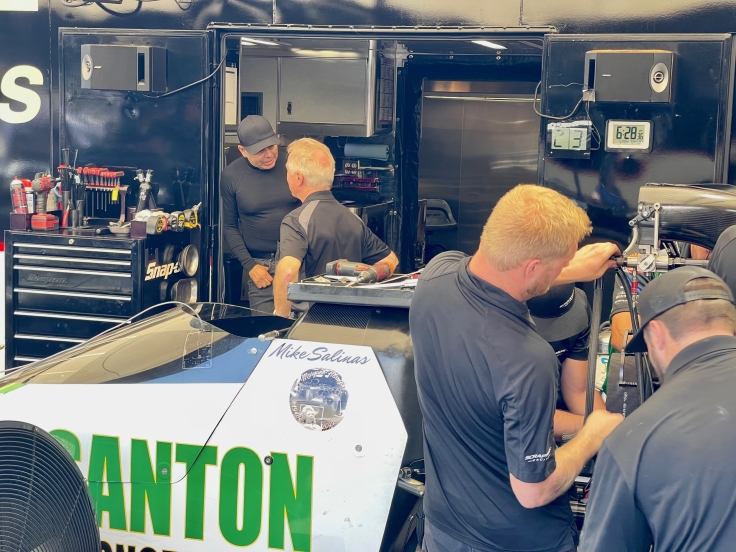 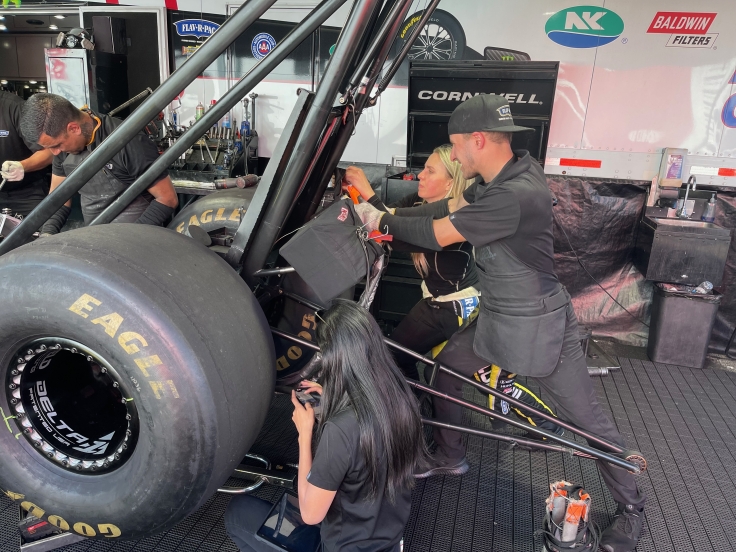 "It was kinda a rush final, and our engine quit 150-feet from the finish line but we did and my boys are badass!"—Erica Enders

Bob Tasca III reacted quicker and ran better than John Force for the win. Tasca's wife and four sons were on the property to see the win and celebrate the success.

All year long Brittany Force and Mike Salinas have been battling it out. Force wins with a 3.709  to Salinas' 3.741