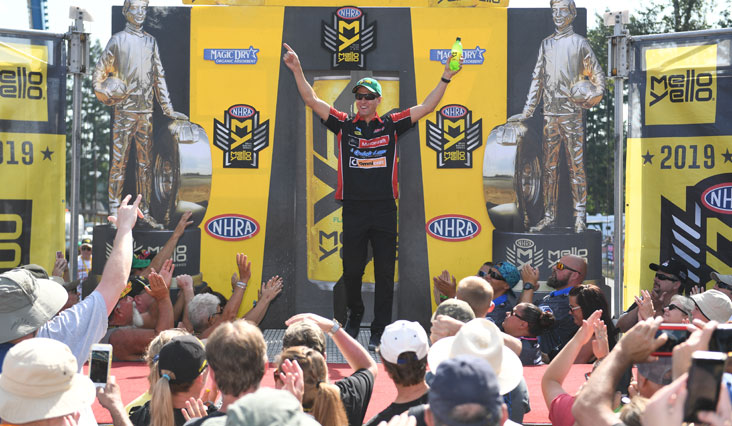 Bob Tasca III accepted the cheers from the crowd during the pre-race ceremony after being introduced as the Funny Car low qualifier, his first of the season. 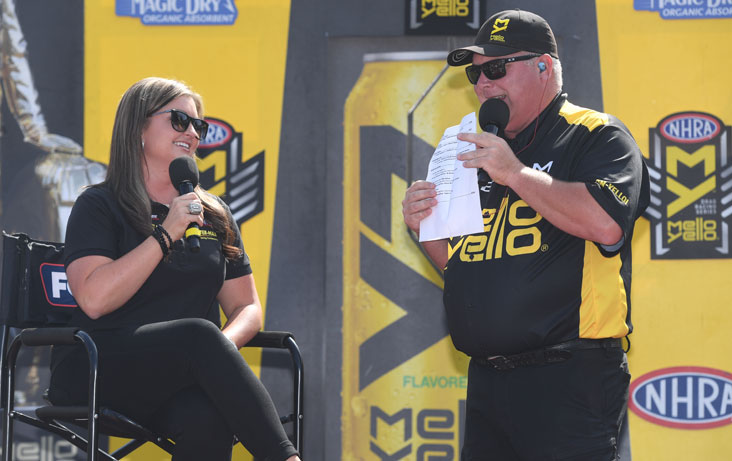 Two-time Pro Stock champ Erica Enders was on the Hot Seat with Jason Logan, answering a rapid-fire series of questions. [Watch it here] 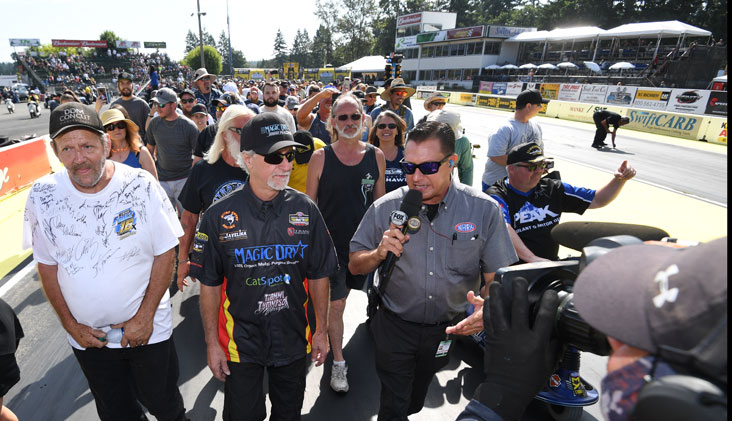 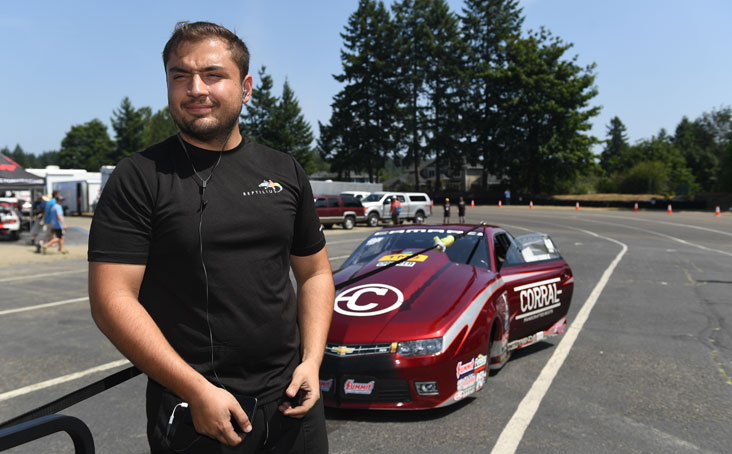 Pro Stock rookie Fernando Cuadra Jr. came with .006-second of ending Greg Anderson’s bid to complete the Western Swing sweep, putting three-hundredths on the 93-time time winner in the first round and holding on to just before the finish line. 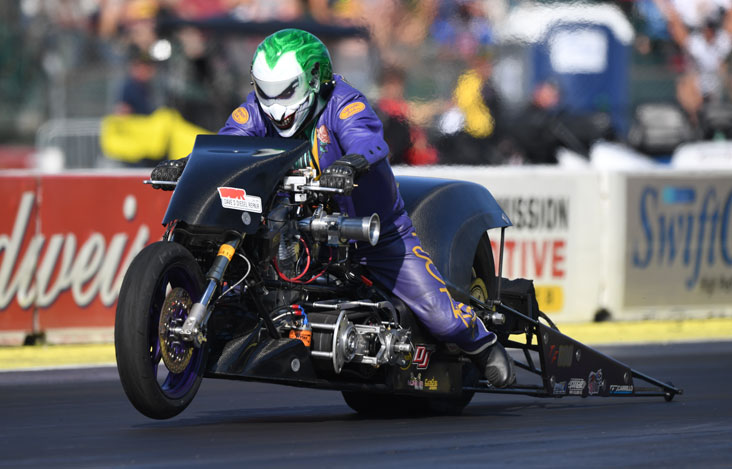 Andy Beauchemin  and his Joker's Wild entry pulled of a big upset by defeating Mickey Thompson Tires Top Fuel Harley points leader Tii Tharpe in the opening round of eliminations. Love the helmet! 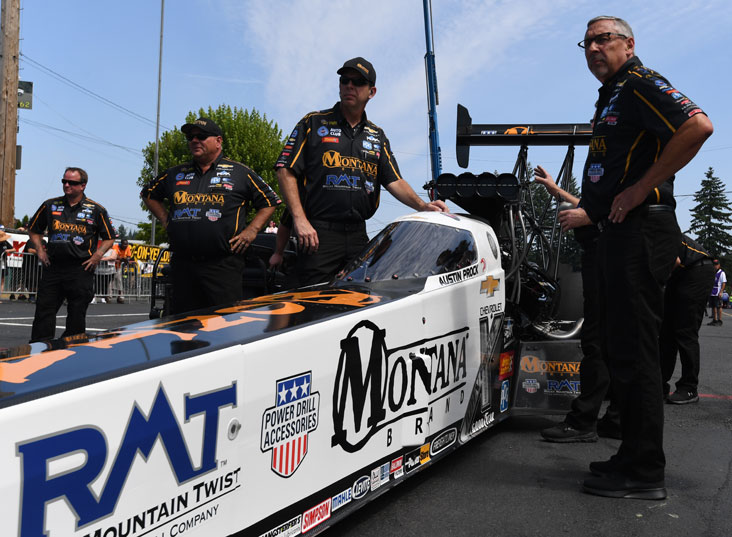 Top Fuel rookie Austin Prock and crew chief Mike Green were fighting for playoff lives, but a solid victory in Seattle went a long way to securing their spot.

Antron Brown's 13-round, three-year Top Fuel win streak at Pacific Raceways ended in round two at the hands of good friend Steve Torrence.

Erica Enders and the Melling/Elite team worked overnight to cure a troublesome racecar that only made it down the track on one of four qualifying rounds, then beat Steve Matusek in round one and slapped a big holeshot on Greg Anderson in round two that feel just short of taking him out. 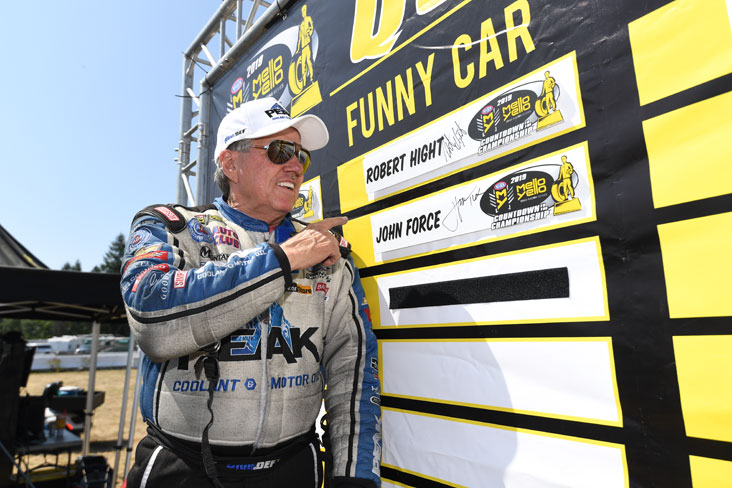 John Force not only got his milestone 150th career victory in Seattle, but he also clinched his berth in the Countdown to the Championship playoffs. 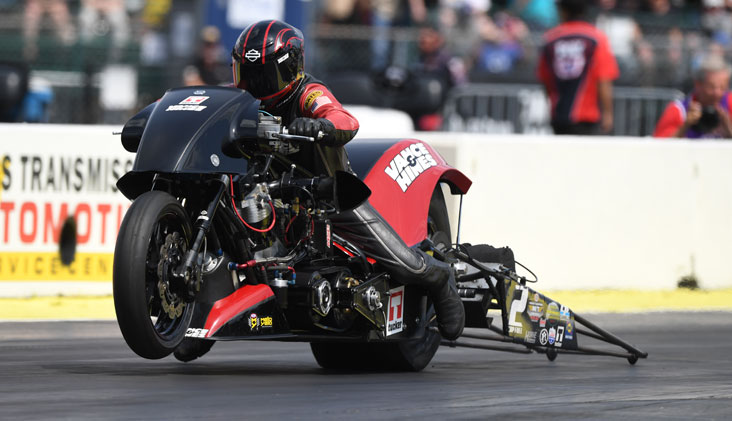 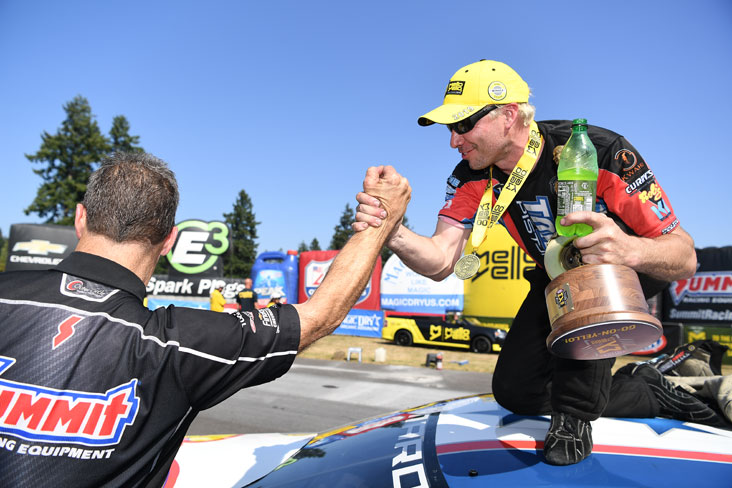 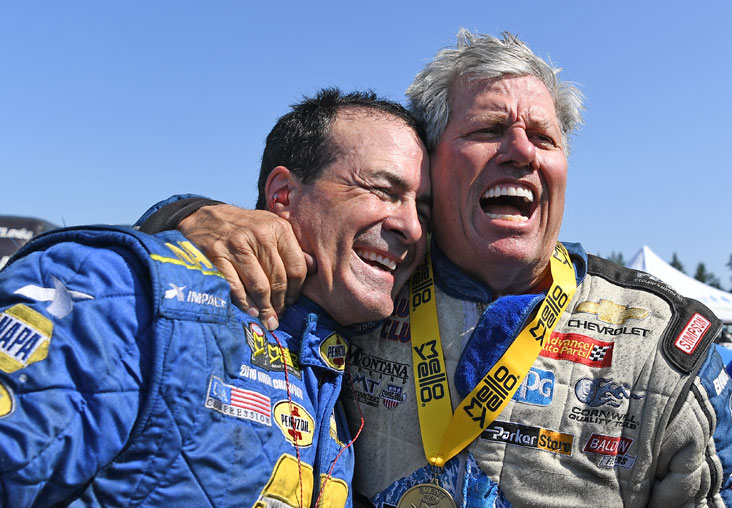 John Force brought Ron Capps in for a hug and a kiss after the two dueled in the Funny Car final for the 20th time, Force got the win, the 150th of his career, against Capps, as he did his 149th last year in Denver. 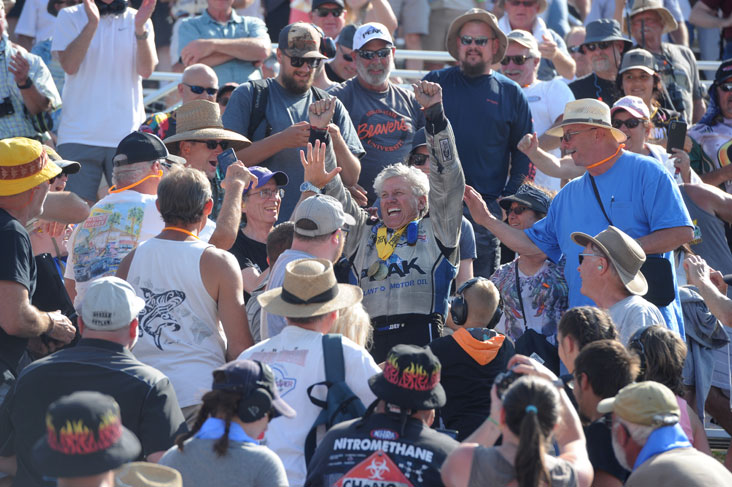 Force then climbed into the Pacific Raceways grandstands to share the win, his ninth at the facility, with the fans. 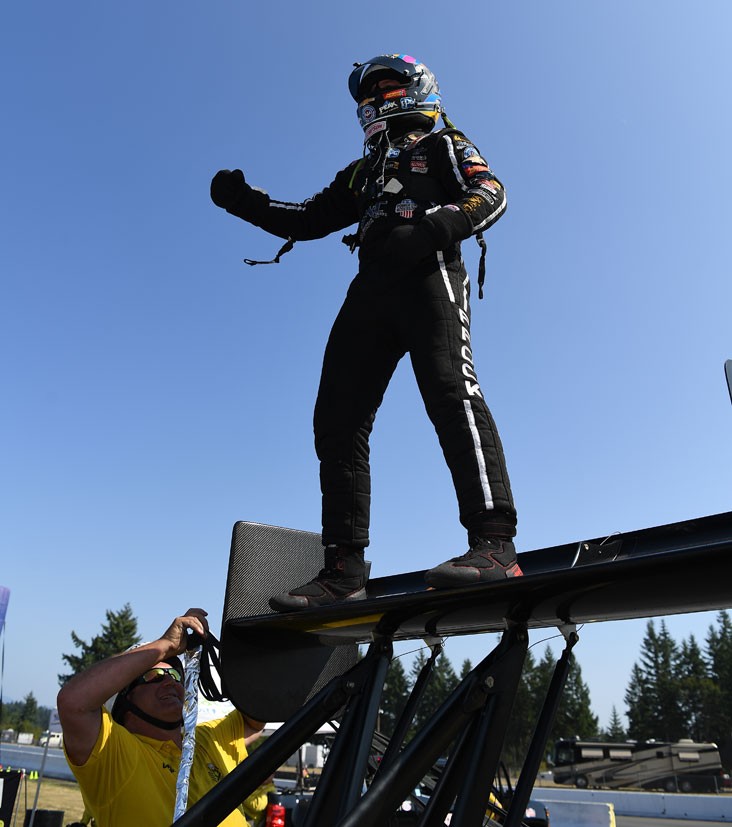 Rookie Austin Prock climbed on the wing of his Montana Brand/Rocky Mountain Twist dragster to celebrate his first career win.