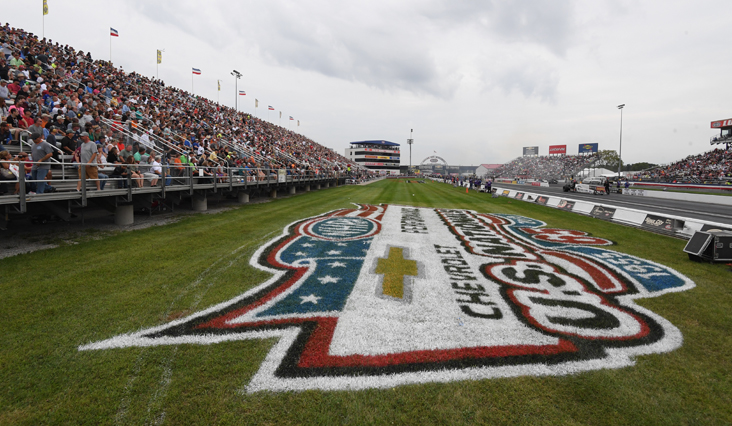 The grandstands were packed for Saturday qualifying at Lucas Oil Raceway at Indianapolis. Cloud cover kept the temps cool for the fans.

A large variety of vintage iron is on display behind the main grandstand on the  west side of the track. 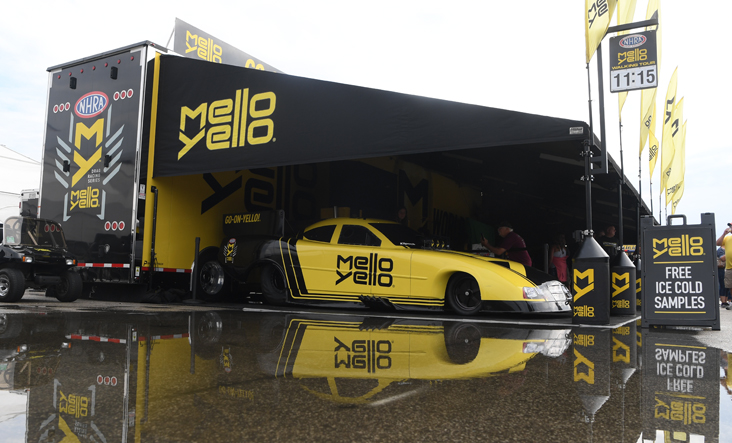 Early-morning rain showers delayed the start of action by two hours, giving everyone time to reflect on the day ahead. 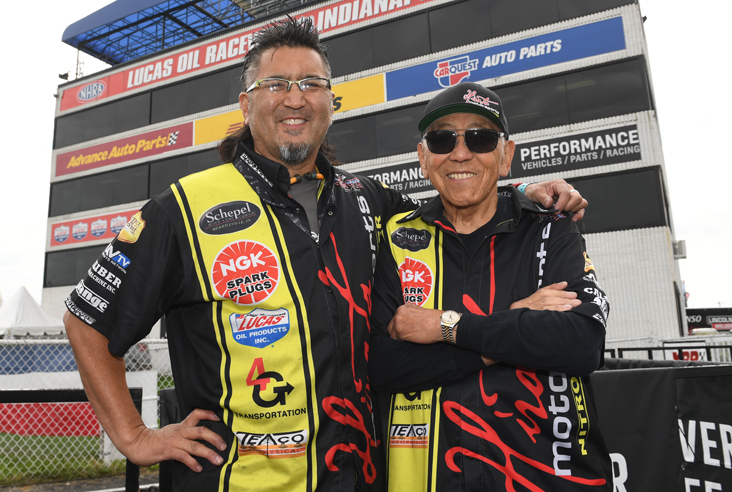 Two generations of racing Hiratas: Ken Hirata, right, who tuned Bobby Vodnik to the Top Eliminator win at the 1963 U.S. Nationals and his son, Dave, who is the crew chief for Will Smith in their Top Alcohol Dragster. 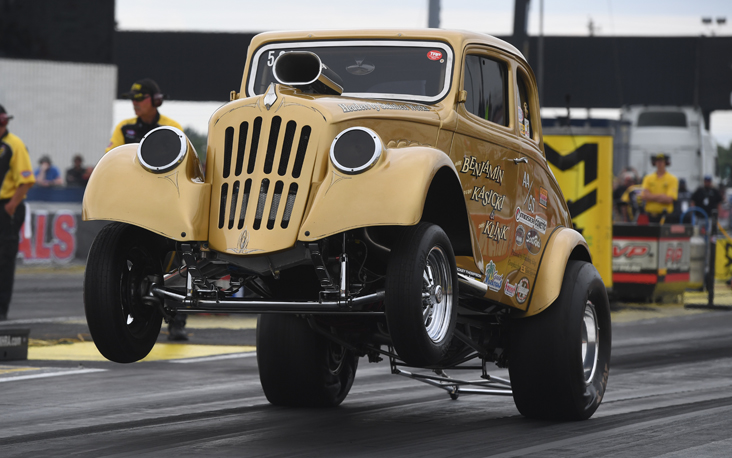 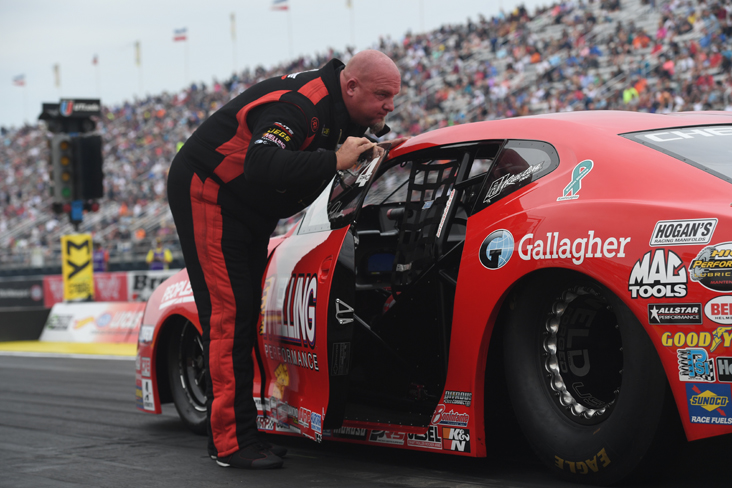 Team owner Richard Freeman checked in  with his championship driver Erica Enders before she launched in Q2. Freeman is also racing in Pro Stock but it not yet qualified for the tough field. 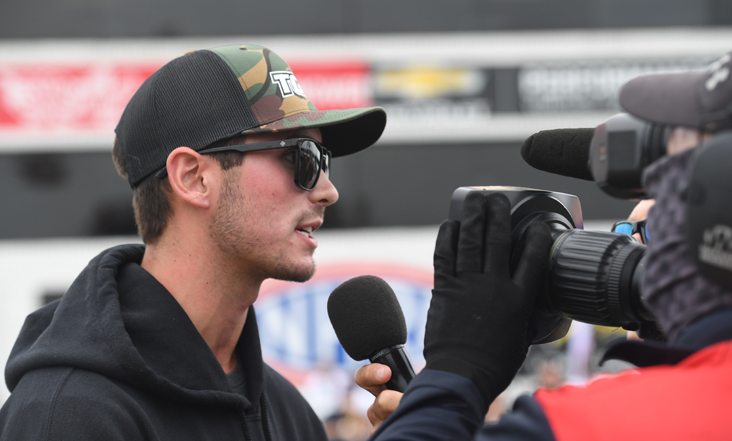 Tanner Gray, who left drag racing after winning last year's Chevrolet Performance U.S. Nationals and the Pro Stock championship as well, is in hand to watch his old friends race at Indy. 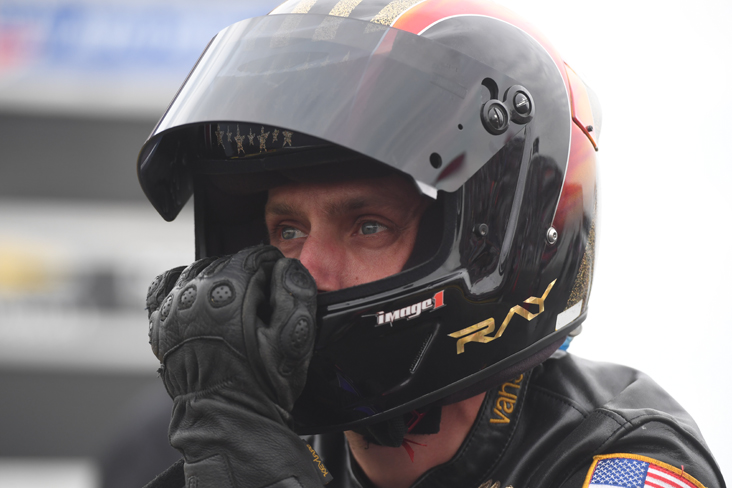 There are 20 Pro Stock Motorcycle racers competing at Indy including Michael Ray, who is riding a Victory-bodied V-twin as part of Matt Smith's four-bike team. Ray will have two shots to make the field tomorrow. 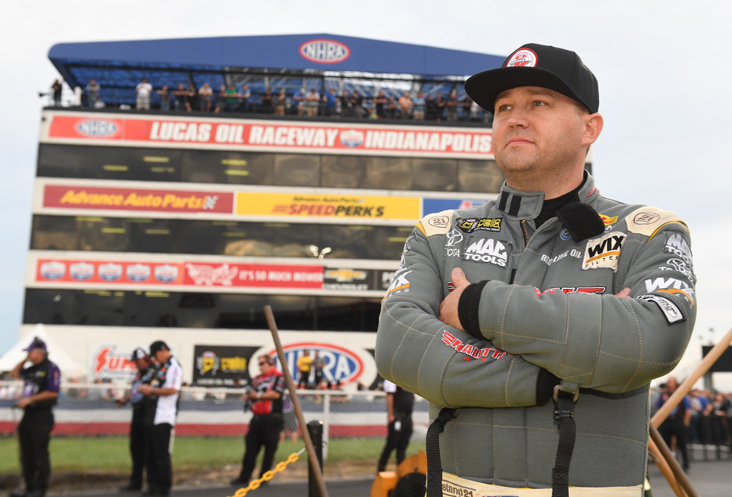 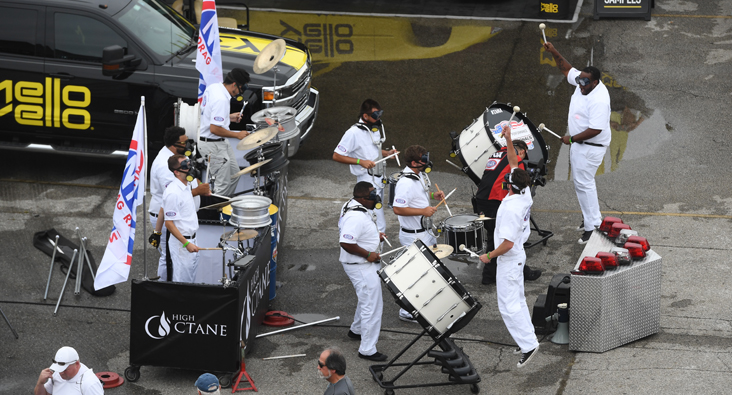 The famed High Octane percussion group entertained fans in the pits and at trackside with their unique sound, which for this event was  complemented by items such as a steel wheel, clutch floater plate, and nitro drum. The group is a crowd favorite at Indiana Racers basketball games. 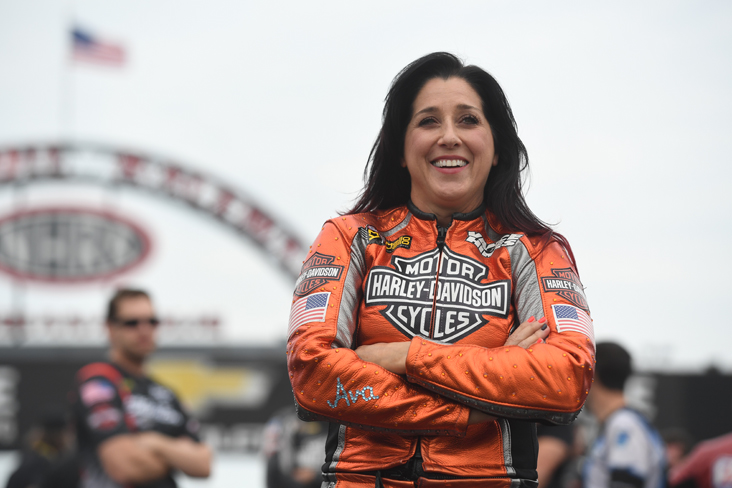 Three-time world champion Angelle Sampey was all smiles after running a 6.81 on her Harley-Davidson FXDR that is good for the provisional pole in Pro Stock Motorcycle. If Sampey can hang on to the top spot, it will mark the 50th time she has been the low qualifier. 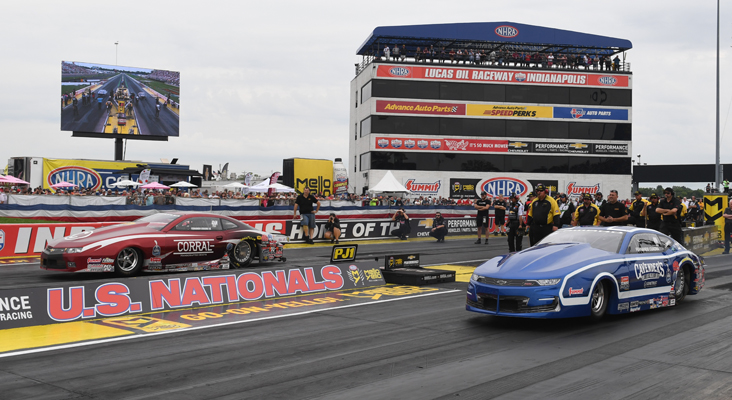 Father and son, Fernando Cuadra Sr., near lane, and Jr. got to run side by side in in Q2 of Pro Stock, Sons Cristian and David Cuadra are also competing at The Big Go. 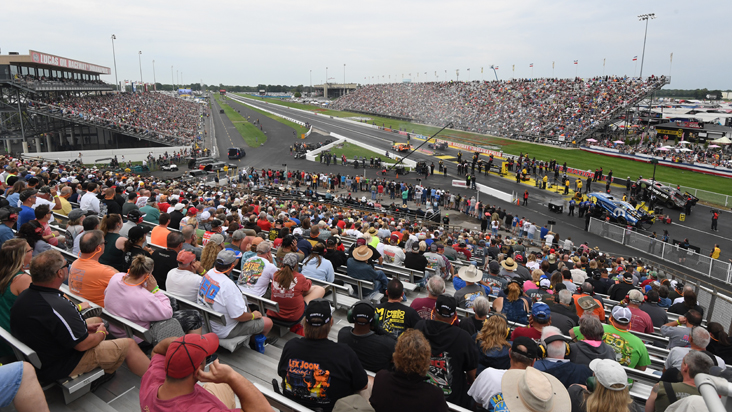 The panoramic view from the Top Eliminator Club is one of the best in all of drag racing. 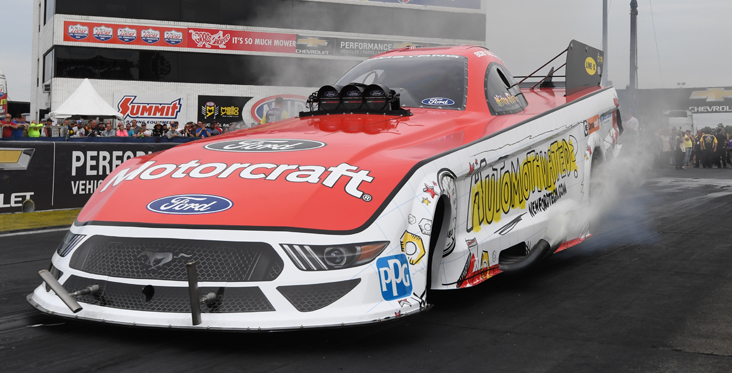 Almost every Funny Car driver in Indy has run in the threes including Bob Tasca III, who drove his Motorcraft Mustang to a best of 3.920. 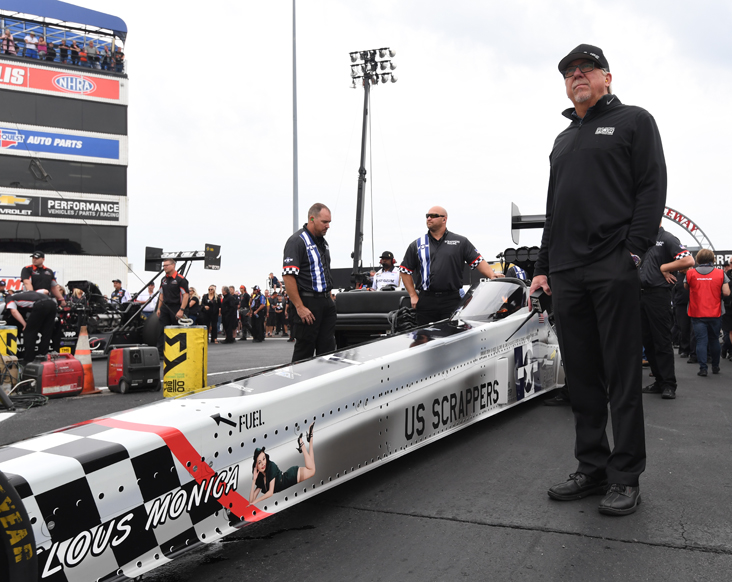 Tuner Alan Johnson stood watch over Mike Salinas' dragster with its P-51-fighter plane-themed paint job. The car dubbed “Marvelous Monica” in honor of Salinas'wife, carried him to a track speed record off 333.00 mph and the No. 4 qualifying spot.