Each year, as teams travel to Pomona for the season-opening Circle K NHRA Winternationals, hopes are high, and the possibilities for success are endless. No one has ever had a perfect, unbeaten season, but hey, there’s always a possibility, right?

Here’s a look at five of the greatest single-season efforts in NHRA history. 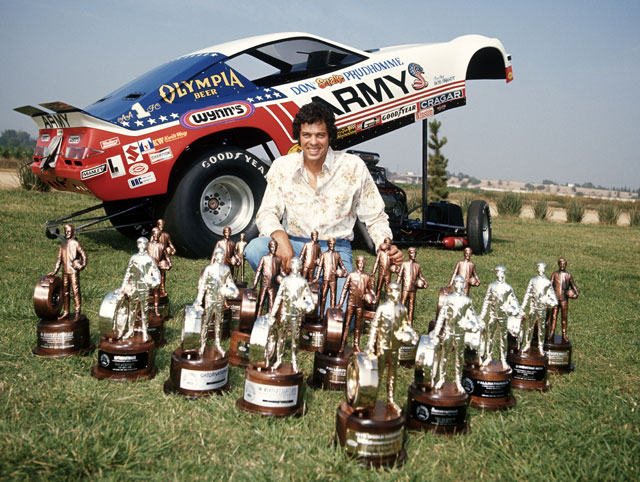 People thought that “the Snake” was incredible in 1975 when he drove his Army Monza to an incredible six wins in eight events en route to his first Funny Car championship in 1975, but no one was ready when he one-upped that in 1976 with seven wins in eight starts. Ironically, the only blemish on Prudhomme’s perfect national event record was a final-round loss at the year’s biggest event, where he fell in the final round to Gary Burgin. Prudhomme set low e.t. at all eight events, qualified No. 1 seven of eight times – Burgin is the one who stopped him from perfection there as well – had top speed of the meet six times, and reset the national record twice. He also won three divisional events, which at the time were part of the points-scoring equation. 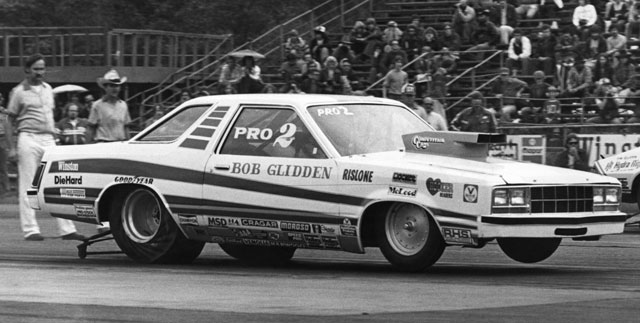 Pro Stock icon Glidden won seven of the nine events on the 1978 calendar, including the final six with his revolutionary new Ford Fairmont entry. Glidden appeared in every final round that season, losing only in the money round at the Gatornationals (to Frank Iaconio) and Springnationals (to Richie Zul) before going on his tear. The fabulous Ford was unbeaten during that year-ending streak – going 19-0 at national events and 28-0 including the three divisional events he also ran to boost his points score – and he actually went unbeaten until the following year’s Mile-High Nationals, marking a full calendar year of turning on win lights. 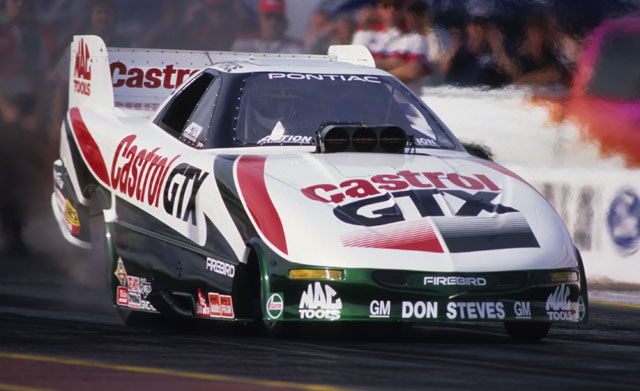 Drag racing’s winningest driver added significantly to his total in 1996, during his run to a sixth NHRA Funny Car world championship. Force reached the final round 16 times in the season’s 19 races and won 13 of them. In all, he scored 65 round wins (against just six losses) and was the No. 1 qualifier 13 times. He also won NHRA’s Funny Car bonus event in Indianapolis and became the first driver to break the 4.90-second barrier while lowering the national record to 4.889 in Topeka. His accomplishments made him the first drag racer to named Driver of the Year for all of American motor racing. 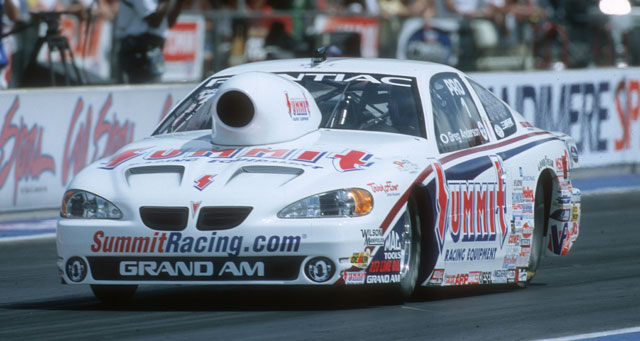 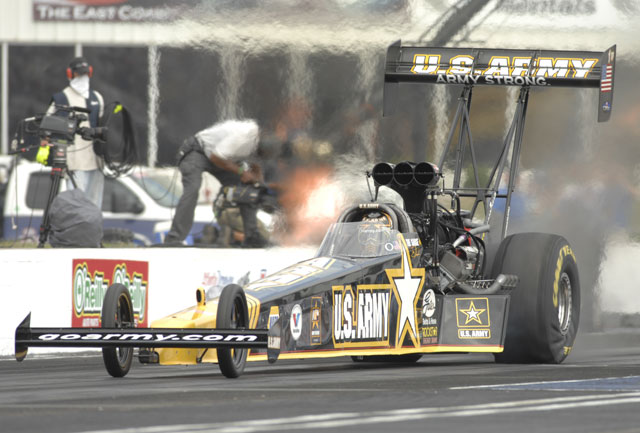 “The Sarge” tied Anderson’s NHRA record for event victories (15) and elimination round-wins (76) en route to his sixth Top Fuel championship and secured numerous other historic firsts. During the season, he collected his 53rd win, moving him past Joe Amato to become the class’ winningest driver. He established Top Fuel class records with seven consecutive wins – launched with a rare sweep of the Western Swing – as well as 11 consecutive final-round appearances, 18 final rounds, and 31 consecutive round-wins. Like Anderson in 2004, Schumacher won the prestigious Driver of the Year award, and he also won the Jerry Titus Award as the top driver in motorsports as presented by the American Auto Racing Writers & Broadcasters Association for the second time and was named the Economaki Champion of Champions winner for the second time.