The Winternationals not only kicks off the season, but also can be the stage upon which stars are born. As the traditional season opener, the Winternationals is known for new car and team debuts, but for many drivers, it also has marked the beginning of a Professional driving career. Here’s a look at five incredible debuts. 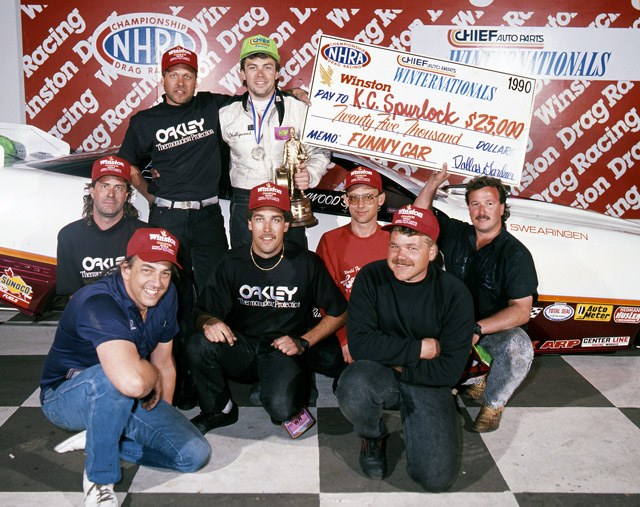 K.C. "Hollywood" Spurlock came into the 1990 season with a whole lot of swagger and pretty much zero nitro Funny Car experience (and limited experience in any kind of race car) yet stunned the Winternationals Funny Car field in what many called the Upset of the Decade. Spurlock barely qualified his unlettered Ford Probe, ranked dead last in the 16-car field, but defeated future season champ John Force, the low qualifier, in round one, then bested class veteran R.C. Sherman, reigning world champ Bruce Larson, and one of Funny Car’s best, Ed McCulloch, in the final.

The return of the Johnson family Top Fueler after Blaine Johnson’s tragic death at the 1996 U.S. Nationals was a big enough story at the 1997 Winternationals, but Scelzi made it one for the ages, winning in the car in his Pro debut. Scelzi was an accomplished driver in the alcohol classes, with three wins each in Top Alcohol Dragster and Top Alcohol Funny Car, but even those credentials and the wizardry of Alan Johnson’s tuning made a win far from a sure thing. Scelzi drove the Winston-sponsored dragster to the No.1 qualifying spot, then beat Spike Gorr, Connie Kalitta, and Cory McClenathan to reach the final. The final, broadcast live on The Nashville Network, featured Scelzi against Joe Amato, whose dragster was tuned by current Funny Car wunderkind Jimmy Prock. Both spun at the green, but Amato pedaled and banged the blower. Scelzi, unaware of Amato's plight, kept whacking the throttle and won with a tire-spinning 7.71. "I never thought in my wildest dreams this could happen," added Scelzi. "You can't dream a dream like this." 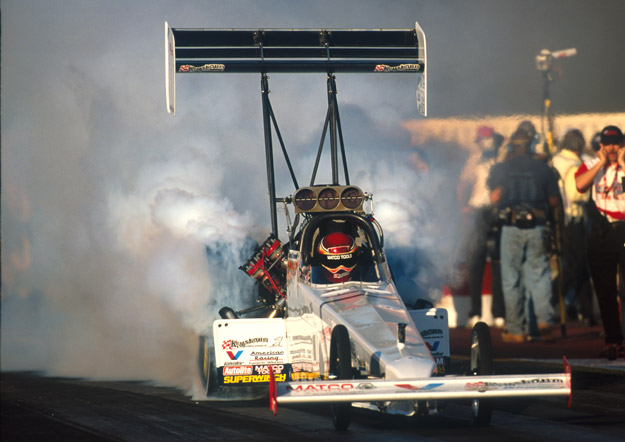 Russell, like Gary Scelzi four years earlier, won in his Top Fuel debut at the Winternationals and with no less big of shoes to fill as the driver for legendary fuel dragster pilot Joe Amato, who retired at the end of the 2000 campaign. Like Scelzi, Russell was an accomplished driver in the alcohol ranks, with seven Top Alcohol Dragster wins to his credit, including the 1997 U.S. Nationals, and four divisional championships. After qualifying in the field in the No. 9 position, Russell drove Amato’s Valvoline/Keystone dragster past Andrew Cowin, low qualifier Doug Kalitta, and Bobby Baldwin to get to the final round. In the final, Mike Dunn lost traction at the 100-foot mark in Darrell Gwynn’s N.Y. Yankees dragster while Russell powered down the less-favored left lane to victory. 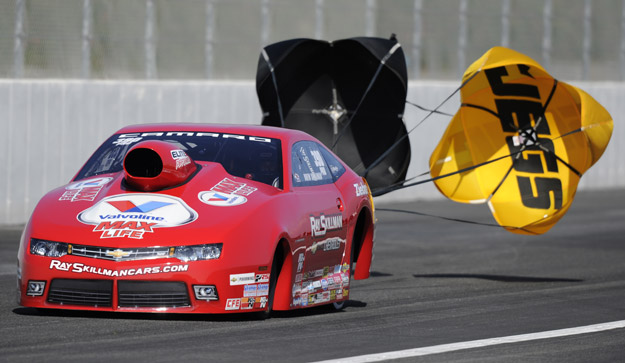 He didn’t win Pro Stock, but Sportsman star Skillman’s first race in the class couldn’t have gone much better. The former national event-winning Super Stock and Stock racer took his Elite-powered Camaro to the No. 4 qualifying spot, then beat the Dodges of V. Gaines and Allen Johnson before shocking the crowd — and his team — by beating teammate and mentor Erica Enders on a semifinal holeshot, 6.59 to 6.57. Although he fell short in the final to Jason Line — missing the chance to join Larry Lombardo as a winner in his Pro Stock debut (1974 Summernationals) — Skillman left with a ton of credibility and just about that many new fans. 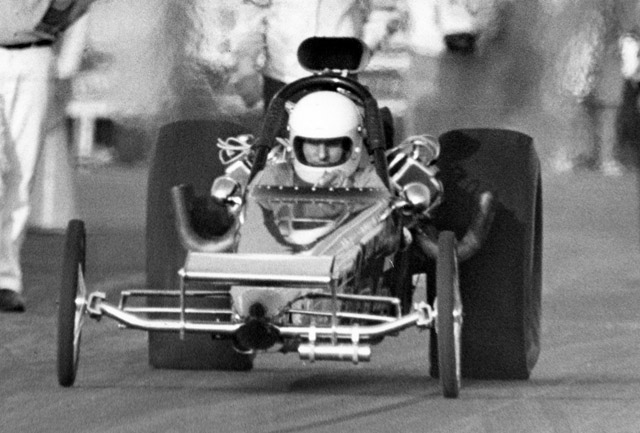 OK, not so much a person but a thing, but, wow, what a thing. Don Garlits changed the Top Fuel class forever when he won the 1971 Winternationals in the debut of his Swamp Rat 14 dragster, the first rear-engine car to win in the class. Born out of urgency following a horrific clutch explosion early in 1970 that severed half of his right foot, it took three months of testing to get the car to go straight and set the stage for history in Pomona, and even then, no one wanted to run alongside the car in its debut weeks earlier at Southern California’s Lions Drag Strip, where Garlits took runner-up honors. Once Garlits won Pomona — sealed on a solo run when Kenny Safford was unable to make the call in Larry Bowers' car due to a broken clutch — and the Bakersfield March Meet right afterwards, the handwriting was on the wall.