A new season means new looks for teams, and plenty of new, cool paint schemes were on display last weekend at the Circle K NHRA Winternationals at Auto Club Raceway at Pomona. Trying to pick the best of the bunch was a challenge, but we have narrowed them down to the five we thought were the best. 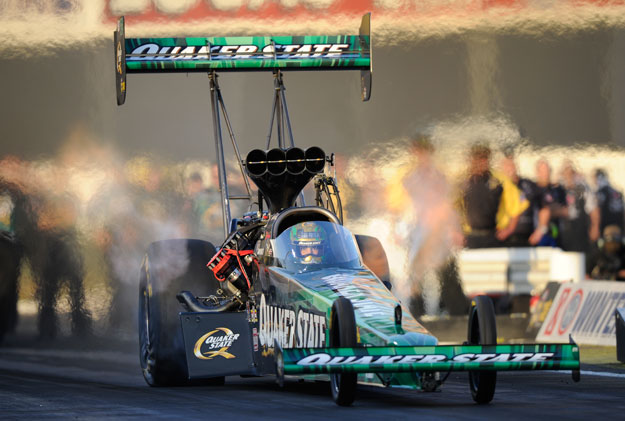 Pritchett’s Quaker State entry was one of the more eye-catching cars that rolled up to the starting line all weekend, featuring green and black intermixed in geometric patterns across the body panels and the front and rear wings. 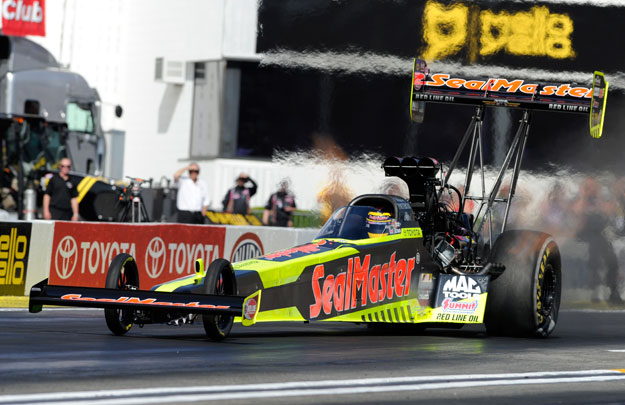 Bright colors that draw the eye and make a car stand out in a crowd can, in some instances, backfire, but that most definitely is not the case here. The bright neon yellow that frames the black on Todd’s dragster is eye-catching and very striking. Add in the neon orange in the SealMaster logos and the car number, and you have one sharp-looking entry. 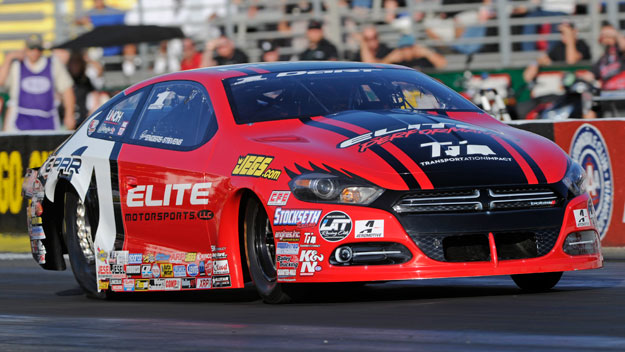 Since Enders joined Elite Motorsports, she has been the “lady in red,” but her team’s latest red entry is its best yet. The added black accents — the stripes that run up the hood and across the top and the black Mopar logo on the back — work very well with Elite Motorsports’ traditional red. 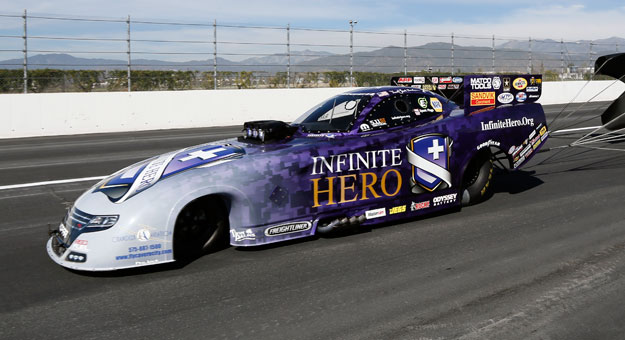 After running a black-and-purple scheme that made for arguably one of the sharpest-looking entries in the past year and a half, Beckman’s Infinite Hero team decided to switch things up this season, and the end result is as nice as the scheme it retired. Starting with a light gray on the front that fades into a gray-and-purple camo pattern that eventually becomes black-and-purple camo, the 2016 Infinite Hero Dodge can once again be counted as one of the best-looking cars in the pits. 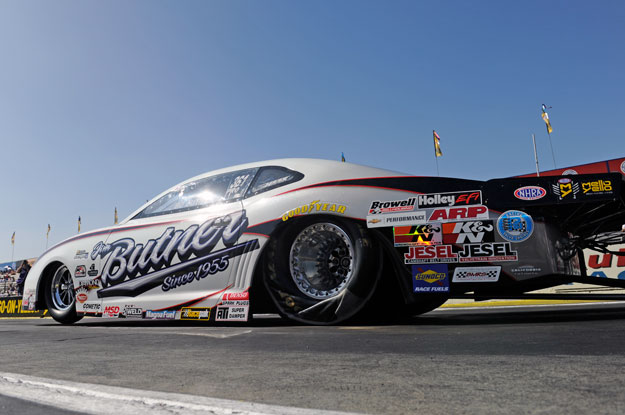 Primarily white cars are not typically among the list of best-looking cars because, to be frank, they tend to be on the bland side, but a definite exception to that rule is Butner’s new Camaro. From the black-and-red stripes that run along the sides to the slick Jim Butner logo to the white subtly fading into gray then ultimately black, Butner’s car is clean, crisp, and sharp.