From the grandeur of zMAX Dragway in Charlotte to the tree-lined beauty of Pacific Raceways in Seattle to the carved-in-the-mountainside Bandimere Speedway, the NHRA Mello Yello Drag Racing Series visits a variety of unique and cool tracks each season. Every one of the venues on the 24-race schedule are character-rich and worthy of trips to them, but which five belong on every drag racing fan’s bucket list? Though challenging, we narrowed the list to the five tracks/events fans must see during their lifetime. 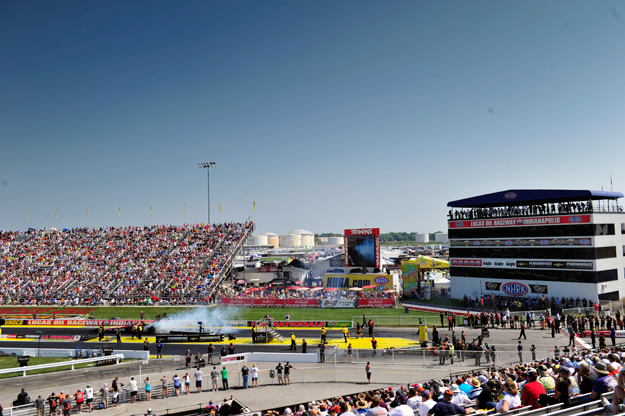 Home of the Big Go … need we say more? This is the one race every drag racer wants to win, and it is the one race every die-hard drag racing fan should attend at least once. The history — Indy has hosted the event once simply known as the Nationals for more than 55 years — cannot be matched, and there is an electricity in the air every year as drivers try to write their own history at the biggest race of them all. 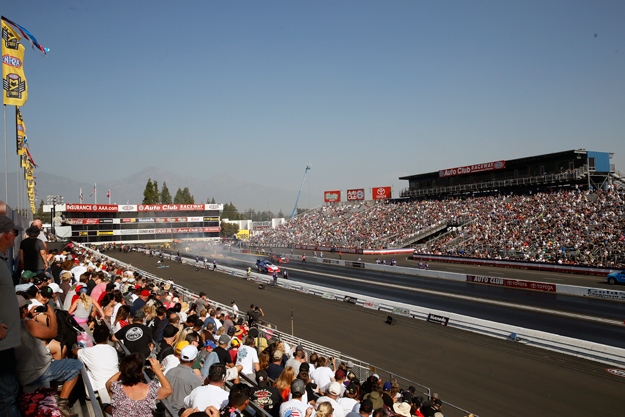 Whether it’s getting your first taste of nitro for the year and seeing all the equipment and new paint schemes at the season opener or watching the drama of tight championship races at the finale, race fans can’t go wrong with a trip to one or both of the annual events in the birthplace of drag racing, Southern California. Throw in the sunshine of SoCal and the history of both events, and the Pomonas are definite must-attend events. 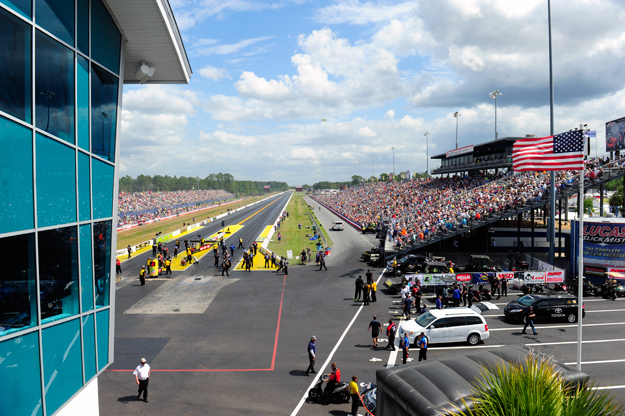 The annual East Coast opener always packs in the crowds and for good reason: It’s a one-of-a-kind experience that can be hard to fully describe. It’s best really to just attend and see for yourself. Nestled in gator country, Gainesville offers a unique combination of history, modern amenities that include a unique tower behind the starting line, potential of record runs, and more. As if that were not enough, the track sits in the heart of the University of Florida’s city, giving race fans a multitude of dining and entertainment options after a full day of racing action. 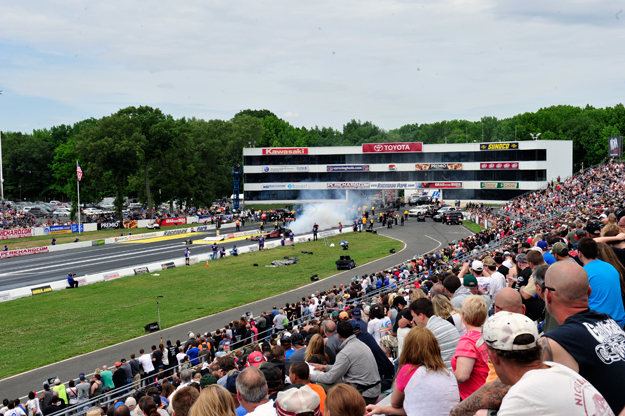 Another one of the “majors,” what drag racing fan wouldn’t want to visit the track where Don Garlits experienced his big blowover, “Jungle Jim” Libermann earned his only Funny Car win, Mark Oswald broke the nearly seven-year-old e.t. record of Garlits, Kurt Johnson made the first six-second Pro Stock run ever, night qualifying in the 1980s made it one of the most-anticipated races each year, and much more? 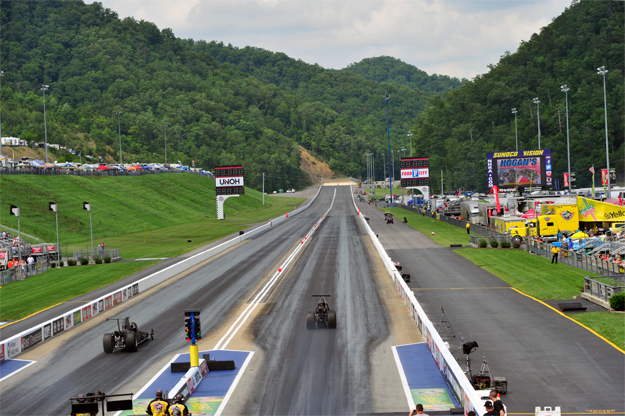 While the previous venues were listed primarily due to the historic nature of the events they host, our final pick is all about the venue itself. We love the settings at many tracks, but honestly, few match that of Bristol Dragway. Nestled in the hills of Tennessee, Bristol is surrounded by trees and hills, and that not only creates a beautiful background for the action on the track, but it also gives fans a unique aural experience when the sound bounces off those picturesque hills. It is also cool to look back behind the tower and see that massive oval track. Though we picked it primarily for the aesthetics, Bristol isn’t without a rich history, though. From the Springnationals events held in the mid-1960s to the Top Fuel vs. Funny Car showdowns to recent tight races that included one with a .000-second margin of victory, Bristol has had many memorable events through the years.