Top Fuel, Funny Car, and Pro Stock are just three of the more than 200 classes of vehicles featured in NHRA competition. Those classes are grouped into 15 categories, or eliminators, each governed by NHRA rule makers. Class eligibility is based on various requirements and specifications, including type of vehicle, engine size, vehicle weight, allowable modifications, and aerodynamics.

The four Professional categories are Top Fuel, Funny Car, Pro Stock, and Pro Stock Motorcycle. They, along with Top Alcohol Dragster and Top Alcohol Funny Car, the three "Super" classes – Super Comp, Super Gas, and Super Street – and Pro Mod feature a single class of vehicle in heads-up competition. Comp, Super Stock, and Stock are made up of a variety of classes and use a handicap starting system to equalize competition. Top Dragster and Top Sportsman feature a single class of vehicle in bracket-style competition. 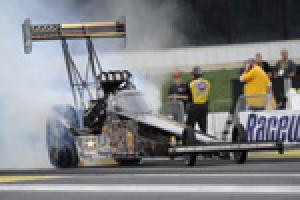 Among the fastest-accelerating machines in the world, 10,000-horsepower Top Fuel dragsters are often referred to as the “kings of the sport,” and with good reason. They are capable of covering the dragstrip in less than 3.7 seconds at more than 330 mph. Powered by a supercharged and fuel-injected 500-cubic-inch adaptation of the famed Chrysler Hemi engine, Top Fuel dragsters can burn up to 15 gallons of nitromethane fuel during a single run. Constructed of chromoly steel tubing and carbon-fiber composite, Top Fuel cars are 25 feet long and weigh 2,330 pounds in race-ready trim. 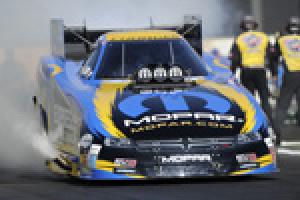 Similar to their Top Fuel counterparts but with a shorter wheelbase and a carbon-fiber body that loosely resembles a production-based automobile, Funny Cars can run in the 3.8-second range and are capable of speeds in excess of 330 mph. Funny Cars are powered by the same supercharged and fuel-injected 500-inch engines as Top Fuel dragsters. Funny Cars are also similar to Top Fuel dragsters in that they do not use a transmission but rather transmit power to the huge Goodyear rear slicks through a multistage clutch assembly that is activated by timers 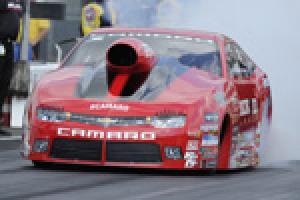 Often called “factory hot rods” because of their resemblance to production-based automobiles, Pro Stock cars are some of the most technologically advanced machines in drag racing. Built around a sophisticated tube chassis and four-link rear suspension, Pro Stock cars must conform to precise measurements and weigh no less than 2,350 pounds. Pro Stock engines use electronic fuel injection and spec gasoline and are restricted to a maximum of 500 cubic inches. They can make in excess of 1,300 horsepower. A competitive Pro Stock car can run in the 6.4s at more than 215 mph. 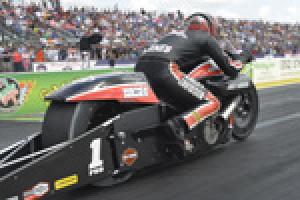 These highly modified vehicles, which can run under 6.8 seconds at more than 195 mph, feature a purpose-built tube chassis and a lightweight, aerodynamically enhanced replica of original bodywork. The class features a wide variety of makes, models, and engines, including V-Twin entries from Harley-Davidson, Victory, EBR, and Buell and inline four-cylinder-equipped Suzuki and Kawasaki models. Engine sizes vary widely, ranging from 92 to 160 cubic inches. Fuel injection is permitted, and spec gasoline is the only fuel allowed. 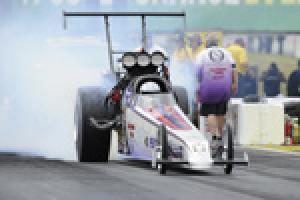 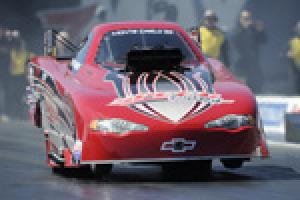 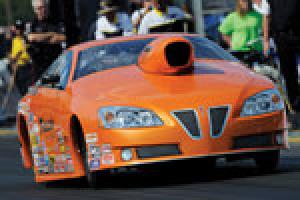 No category in NHRA competition features more variety than Comp. Dragsters, altereds, street roadsters, coupes, sedans, front-engine nostalgia dragsters, sport compact cars, and trucks race in 75 classes. The engine combinations are just as diverse as the vehicles, from turbocharged four- and six-cylinder engines to Pro Stock-style V-8s and nitrous-oxide-equipped mountain motors. Most cars are classified using a formula that divides total car weight by cubic inches. Each class is assigned an index based on what a well-built car should run, and races are handicapped according to those indexes. 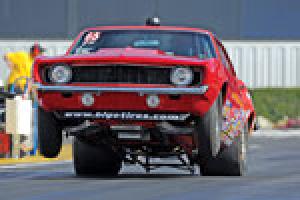 Super Stock vehicles may look like ordinary passenger vehicles, but they are highly modified race cars. The category features primarily late-model sedans and vintage muscle cars, and entries are classified using a system that divides factory shipping weight by NHRA-factored horsepower. Significant engine modifications are permitted, but the vehicle must retain the correct engine block, cylinder heads, and carburetor. Cars are handicapped using an index system, and the breakout rule is enforced. 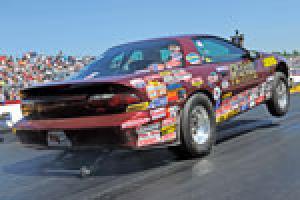 Stock cars are similar to Super Stockers, but the rules regarding everything from engine modifications to body alterations are much stricter. Virtually any car is eligible to compete, and entries are classified using a system that divides factory shipping weight by NHRA-factored horsepower. Bodies must be unaltered and retain a full factory interior. Tires are limited to a maximum 9-inch-wide rear slick. Engines must be correct for the make and model vehicle and must retain stock cylinder heads, intake manifold, and carburetor. Modifications are limited to a basic balancing and rebuild with only a few performance enhancements. 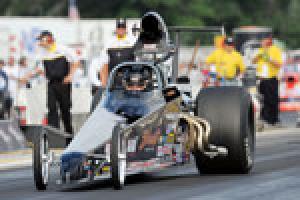 The quickest of the heads-up Super classes (8.90 index), Super Comp is composed primarily of dragsters. Engine, chassis, and body modifications are virtually unlimited. Four- and six-cylinder-powered entries may have a minimum weight of 1,000 pounds; all others cannot weigh less than 1,350 pounds. Most Super Comp cars are capable of running well under the 8.90 index but use a number of electronic aids, including a timer and adjustable throttle, to run close to the index without running quicker than it, or breaking out. 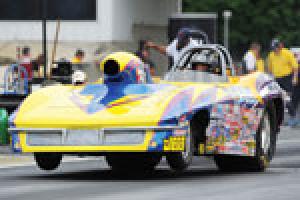 Super Gas entries, which run on a 9.90 index, are primarily full-bodied cars and street roadsters. No dragsters or altereds are permitted. Rules regarding engine and chassis modifications are extremely liberal, though the use of exotic fuels is prohibited. The minimum weight is 2,100 pounds except for four-cylinder-powered cars, which may have a minimum weight of 1,200 pounds. As in Super Comp, competitors use electronic timers and throttle stops to run as close to the class standard without going under. Also as in Super Comp, races are staged using a four-tenths Pro start. 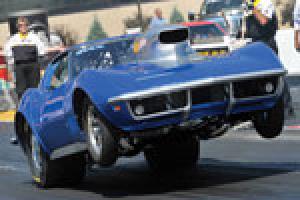 At NHRA Lucas Oil Drag Racing Series races and select NHRA Mello Yello Drag Racing Series events, Super Street racers compete on a fixed 10.90-second index. All vehicles must be full-bodied cars and weigh no less than 2,800 pounds except for six-cylinder cars, which may have a minimum weight of 2,000 pounds, and four-cylinder- and rotary-powered cars (1,200 pounds). Engine and chassis modifications are virtually unlimited. Racers compete on a five-tenths Pro Tree. 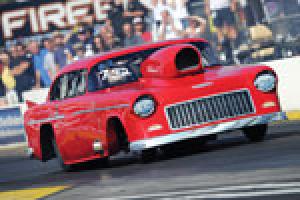 This category for full-bodied cars features a qualified field of 32, 48, or 64 entries. A traditional bracket racing format is used with a full three-amber Christmas Tree start, and the breakout rule is enforced. Entries can run in the sixes at more than 200 mph. 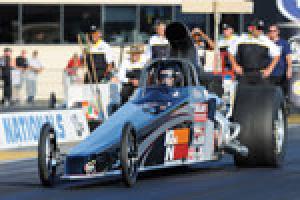 This category for open-wheel entries features a qualified field of 32, 48, or 64 vehicles. A traditional bracket racing format is used with a full three-amber Christmas Tree start, and the breakout rule is enforced. Entries can run in the sixes at more than 200 mph. 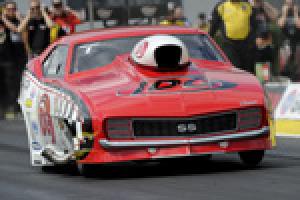 With an eclectic mix of vehicles that range from ’41 Willys coupes to ’63 Corvettes to late-model Ford Mustangs and Dodge Vipers, few classes offer as much diversity and excitement. The engine choices are equally as diverse; competitors can use superchargers, turbochargers, or nitrous-oxide injection and run into the high-five-second zone at speeds of more than 250 mph. The NHRA J&A Service Pro Mod Drag Racing Series runs at 10 NHRA Mello Yello Drag Racing Series events.