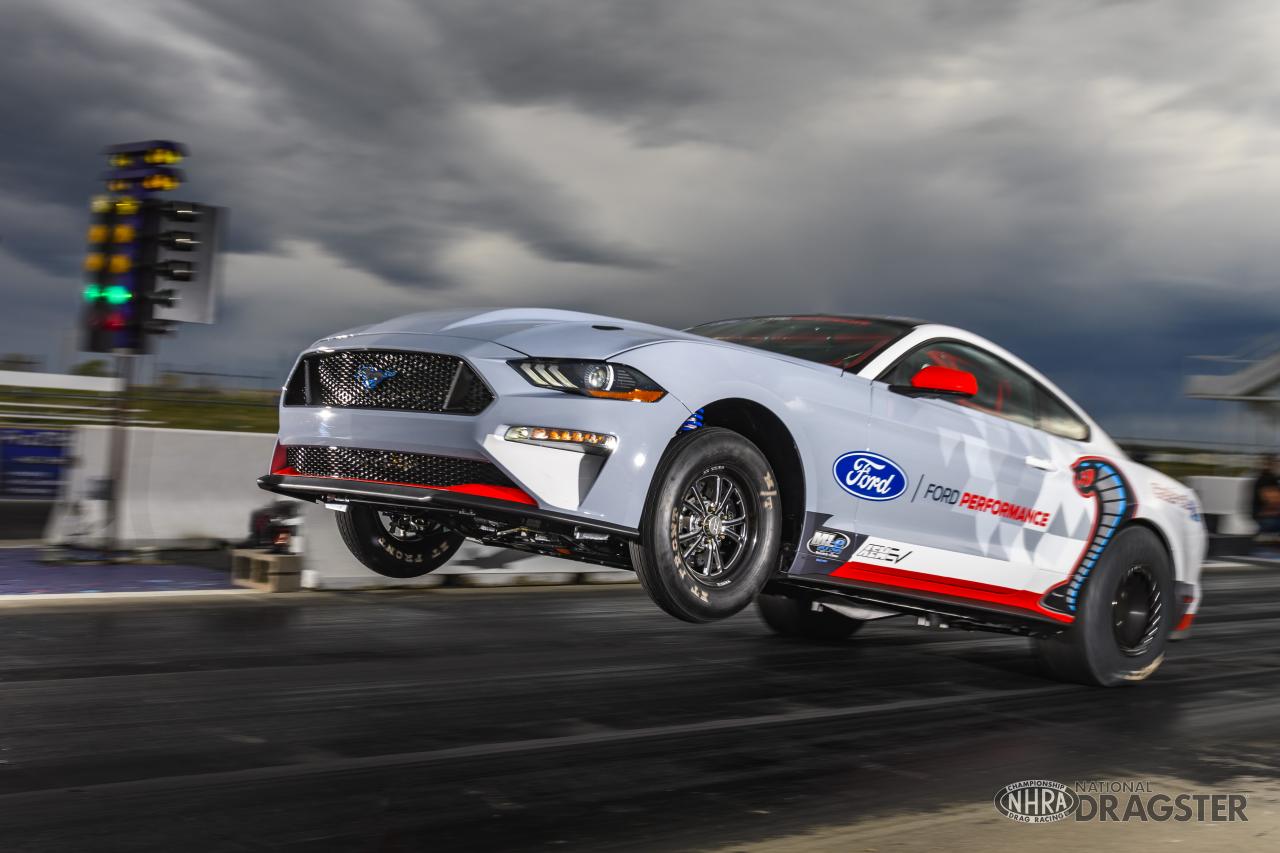 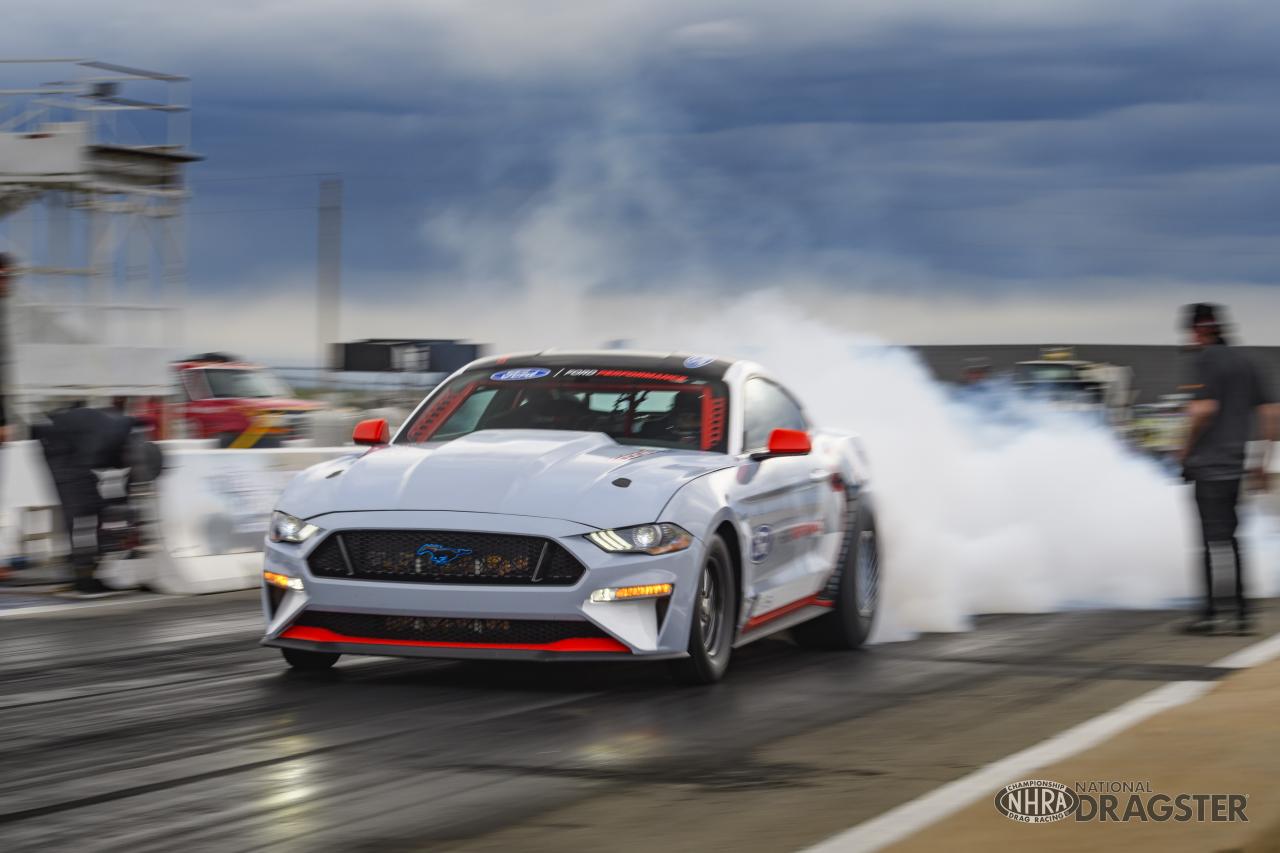 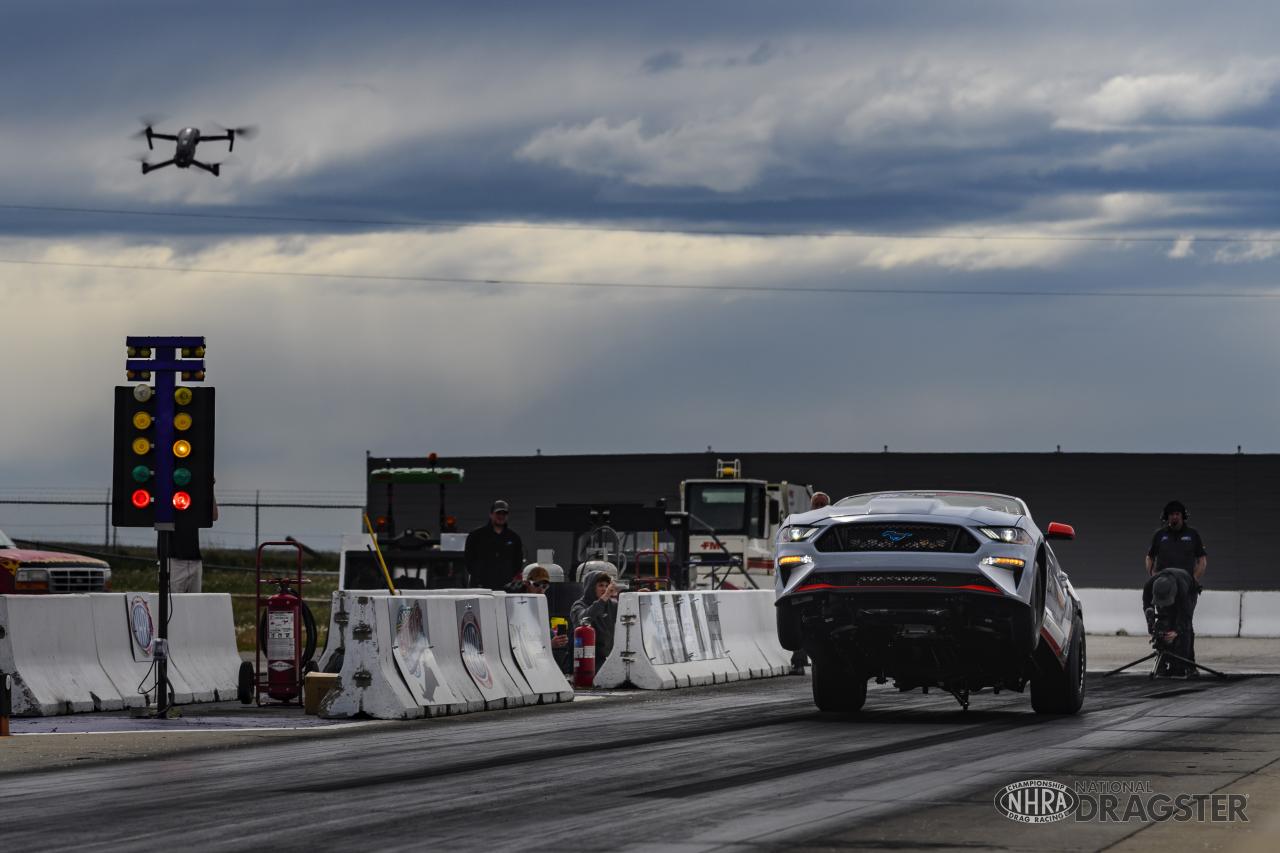 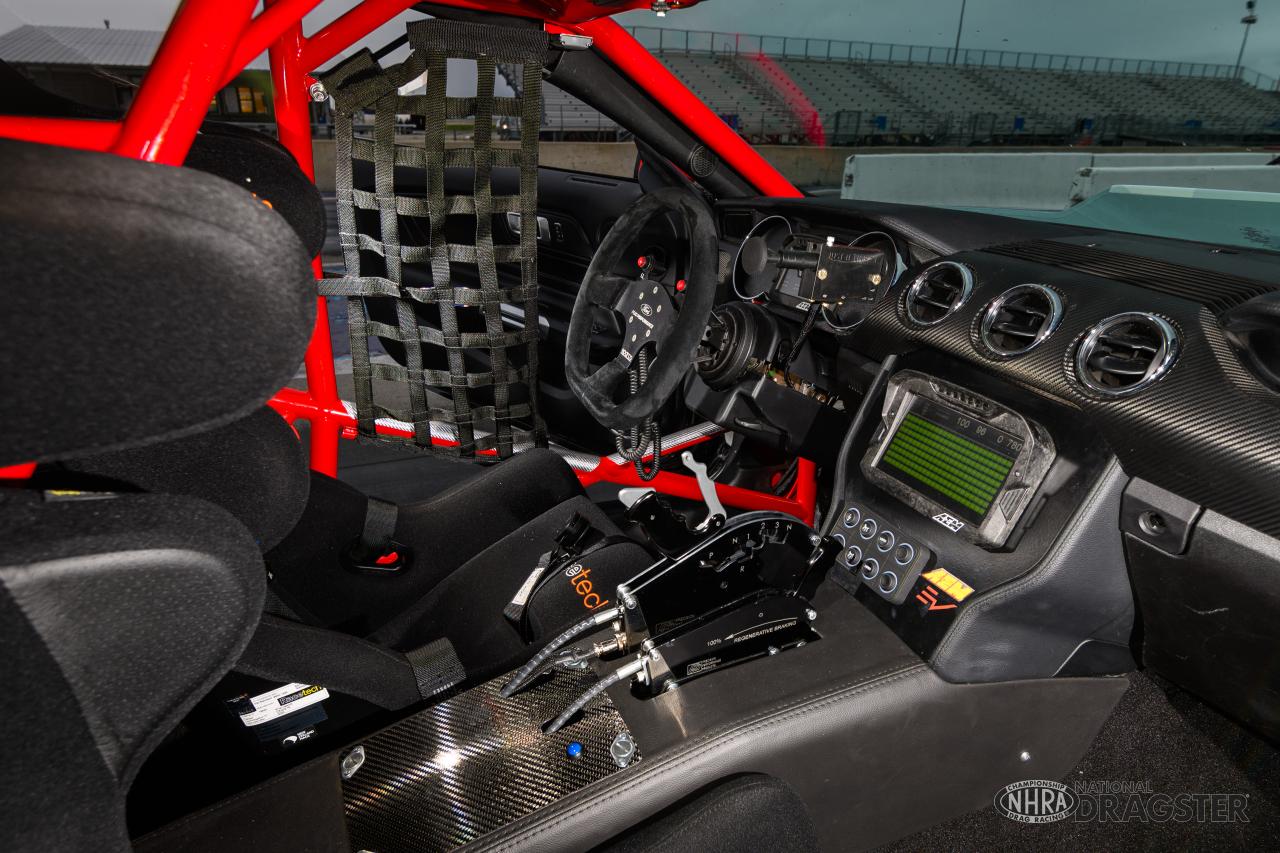 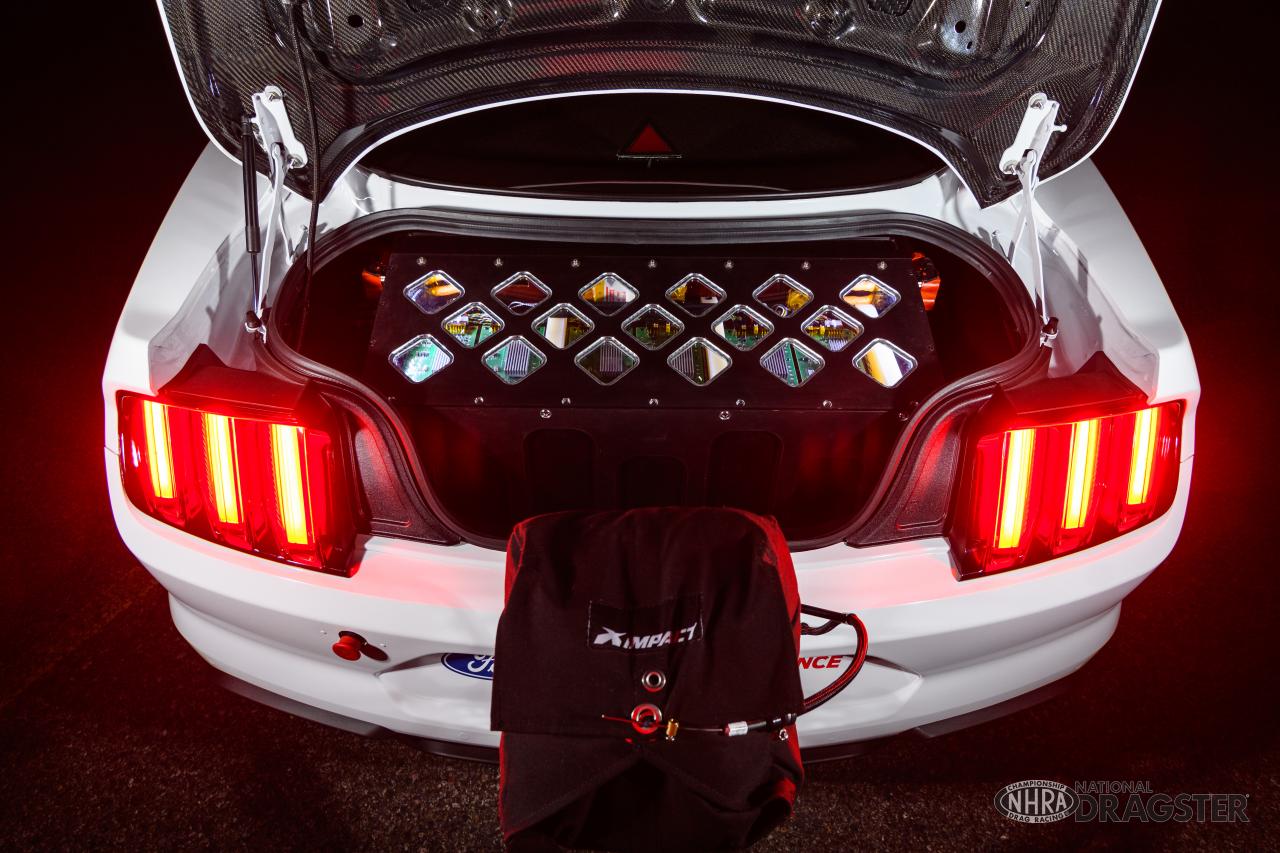 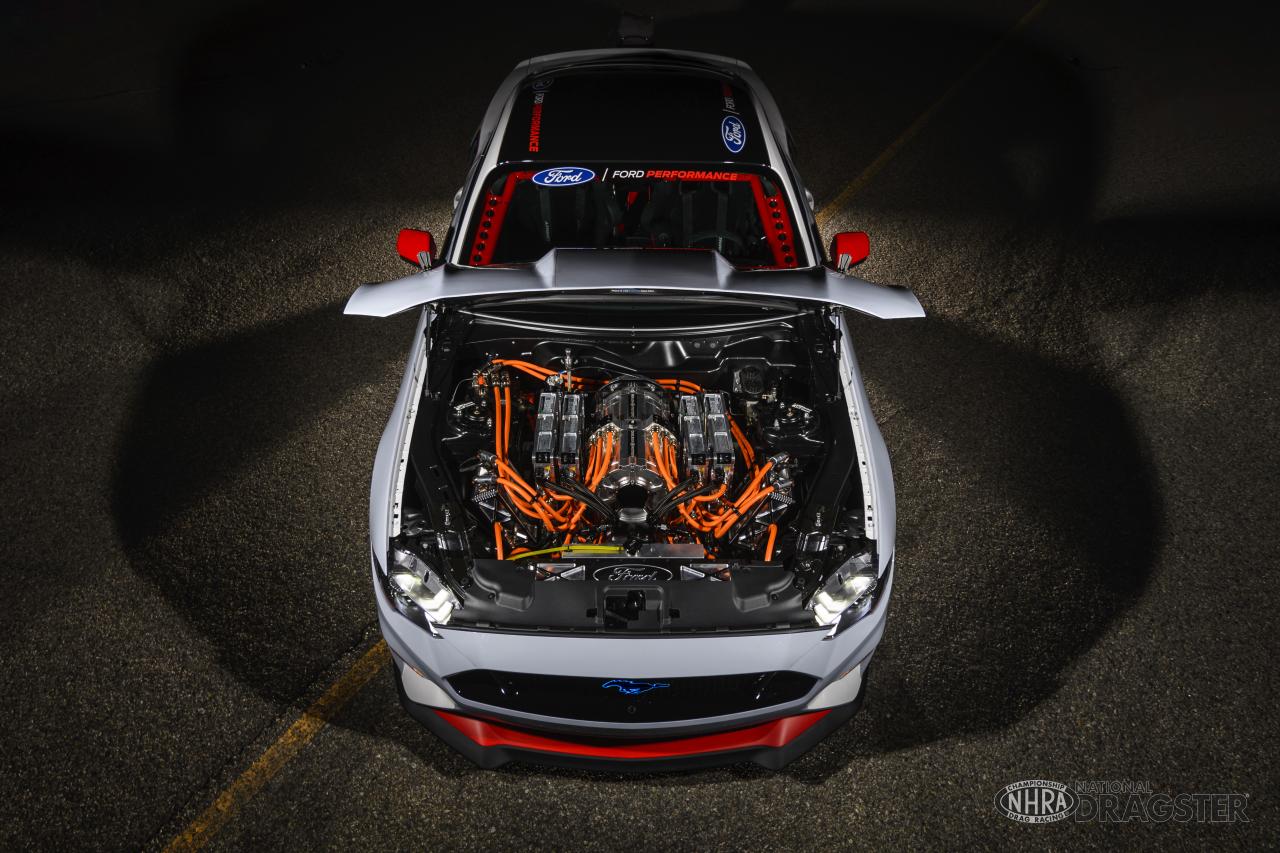 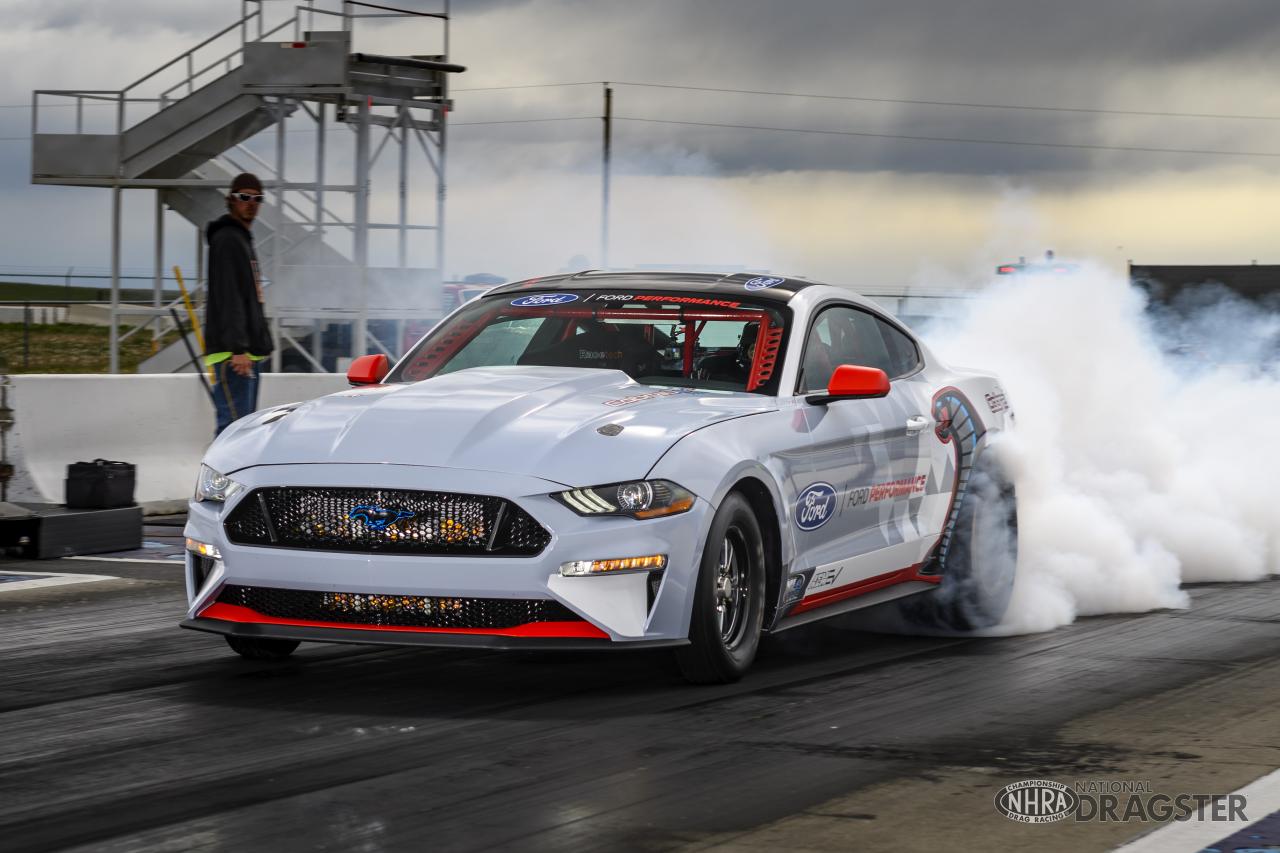 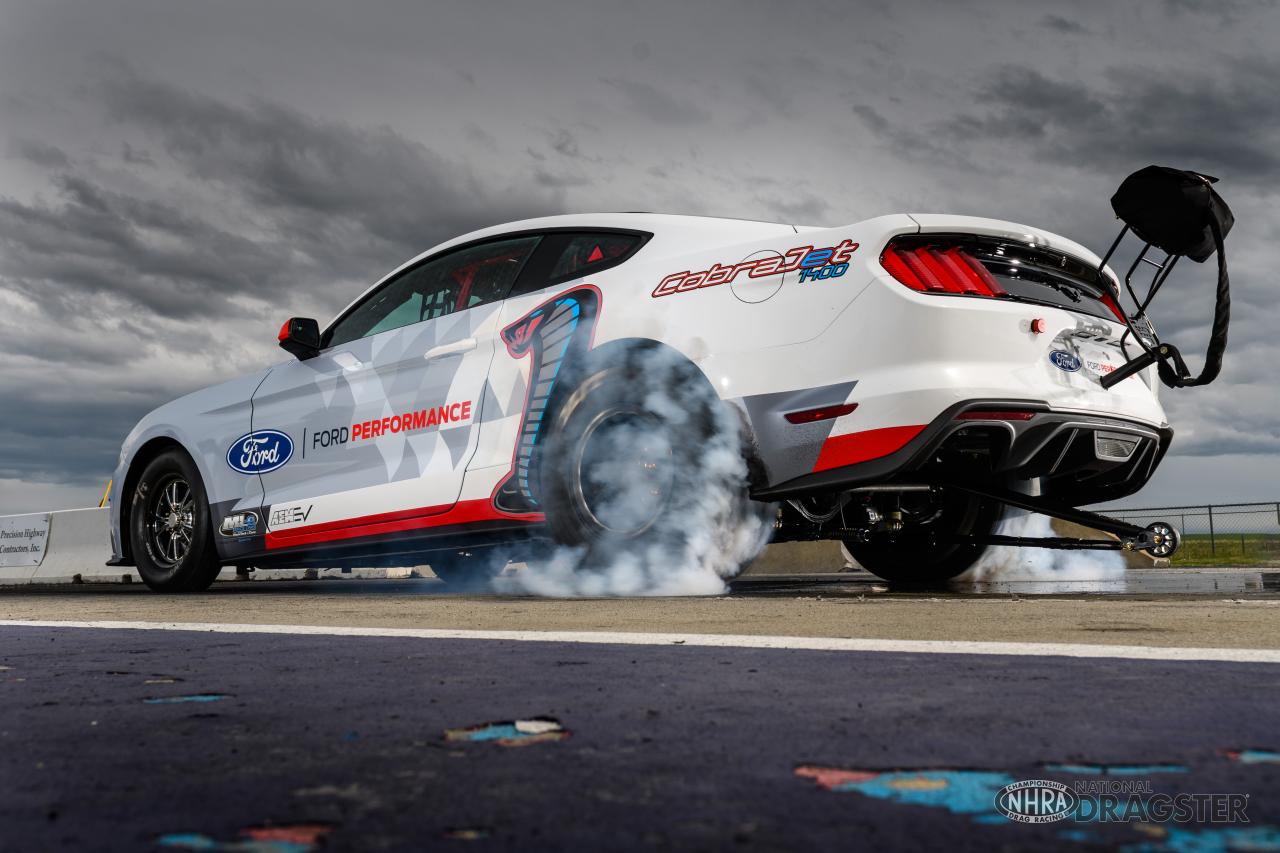 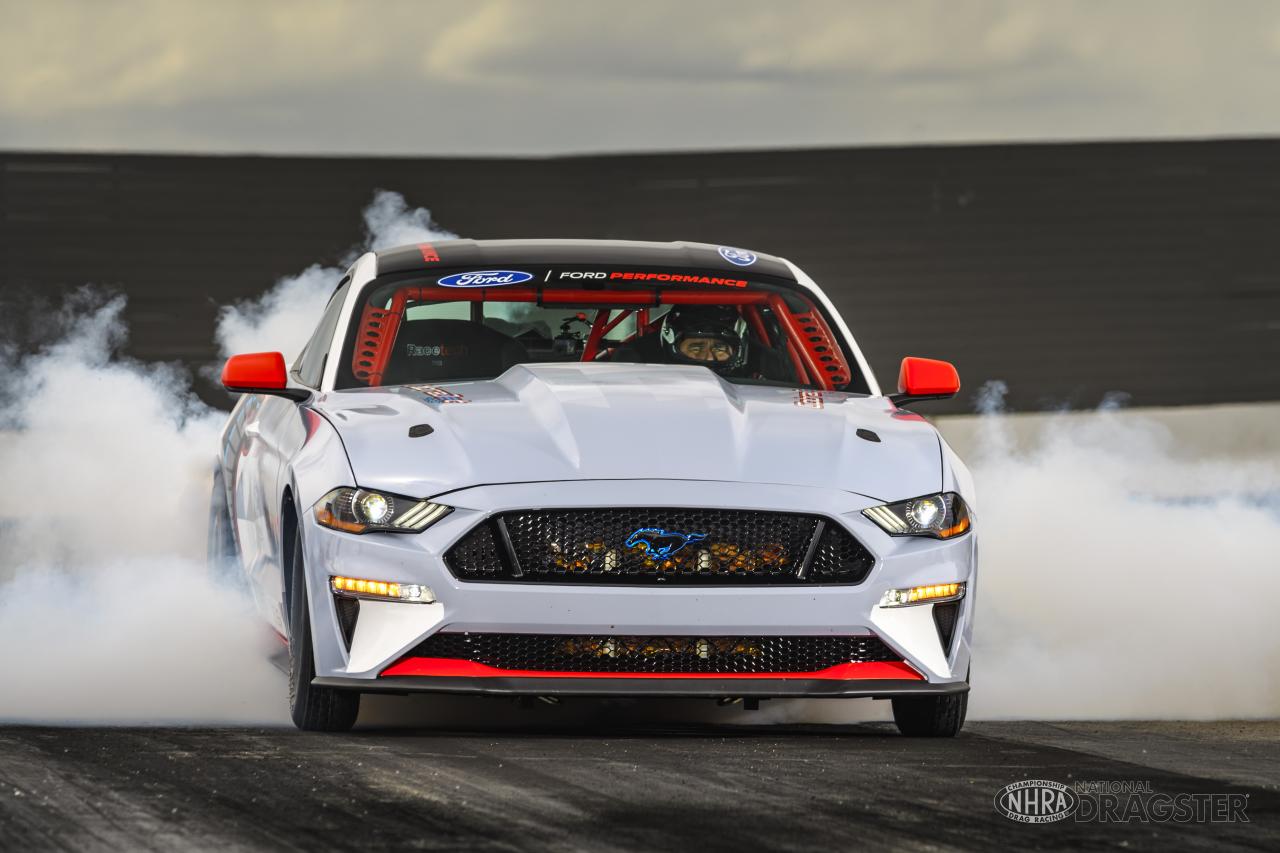 The Denso Spark Plugs NHRA U.S. Nationals  has been chosen by Ford Performance  to showcase the Mustang Cobra Jet 1400 where the car will first run in public this weekend. Ford NHRA Funny Car Driver Bob Tasca III will pilot the electric prototype in match-race runs against two-time Funny Car champion and NHRA on FOX broadcaster Tony Pedregon, who will drive one of Ford’s supercharged V8 Mustang Cobra Jets.

Developed by Ford Performance in parallel to the recently unveiled Mustang Mach-E 1400 prototype, both cars were built to demonstrate Ford’s technological capabilities and innovation skillset in EV technologies.

"Since revealing the car, we’ve continued to fine-tune it and now know we're just scratching the surface of what we may be able to achieve with this much electric horsepower in a drag racing setting,” said Mark Rushbrook, global director, Ford Performance Motorsports. Ford Performance collaborated with Cascadia Motion to power the Cobra Jet 1400. With four PN-250-DZR inverters coupled to a pair of DS-250-115s, giving four motors total and spinning at up to 10,000 revolutions per minute. These motor-inverter packages run at 800 volts and up to 700 amps, with maximum output of 350kW per motor. To manage such a potent propulsion package, AEM-EV and Ford Performance jointly developed an advanced data and control system that features a control algorithm unique to the Cobra Jet 1400.

The sheer amount of power has also required a different approach with chassis tuning strategies, which MLe, Ford’s build and integration collaborator for the project, has delivered with input from Ford Performance’s longtime Cobra Jet build collaborators at Watson. "It's been a great but challenging project for all of us at Ford Performance,” said Rushbrook. “The opportunities to learn with the Mustang Cobra Jet 1400, as well as the Mustang Mach-E 1400 we recently introduced, gives us great insight into what may be possible in high performance all-electric vehicles for Ford going forward. We are very interested in continuing to work with NHRA to determine how electrification can be part of the sport and to show off the Cobra Jet 1400 at max power in due course as regulations develop.”

"Drag racing has always been where Detroit proves its most advanced powertrains,” said Brad Gerber, V.P. sales and chief development officer, NHRA. “The U.S. Nationals is the sport’s quintessential stage for reaching enthusiasts wanting a glimpse at the future technology of performance vehicles. Our fans are fascinated by horsepower in all forms, and the electrification of an iconic vehicle like the Mustang Cobra Jet 1400 shows that innovation at Ford Motor Company never rests. We look forward to seeing the Cobra Jet 1400 and continuing discussions with Ford about the future of electrification in drag racing."

To catch all the action of the 2020 DENSO Spark Plugs NHRA U.S. Nationals in person you can buy your tickets HERE, livestream the race on NHRA.tv, and be sure to watch the full NHRA on FOX broadcast on your local Fox channel.