4/27: It’s 427 day—and in 1963, Chevrolet created two engines to rain down Turbo-Fire on the competition—Footage and photos!

Chevrolet designed two 427-cid big-blocks to take on Dodge, Ford, Mercury, Plymouth, and Pontiac. The NASCAR engine got a single four-barrel, while the NHRA engine had two four-barrel carbs and came in a lightweight Z-11 Impala.
27 Apr 2020
David Kennedy
Gallery 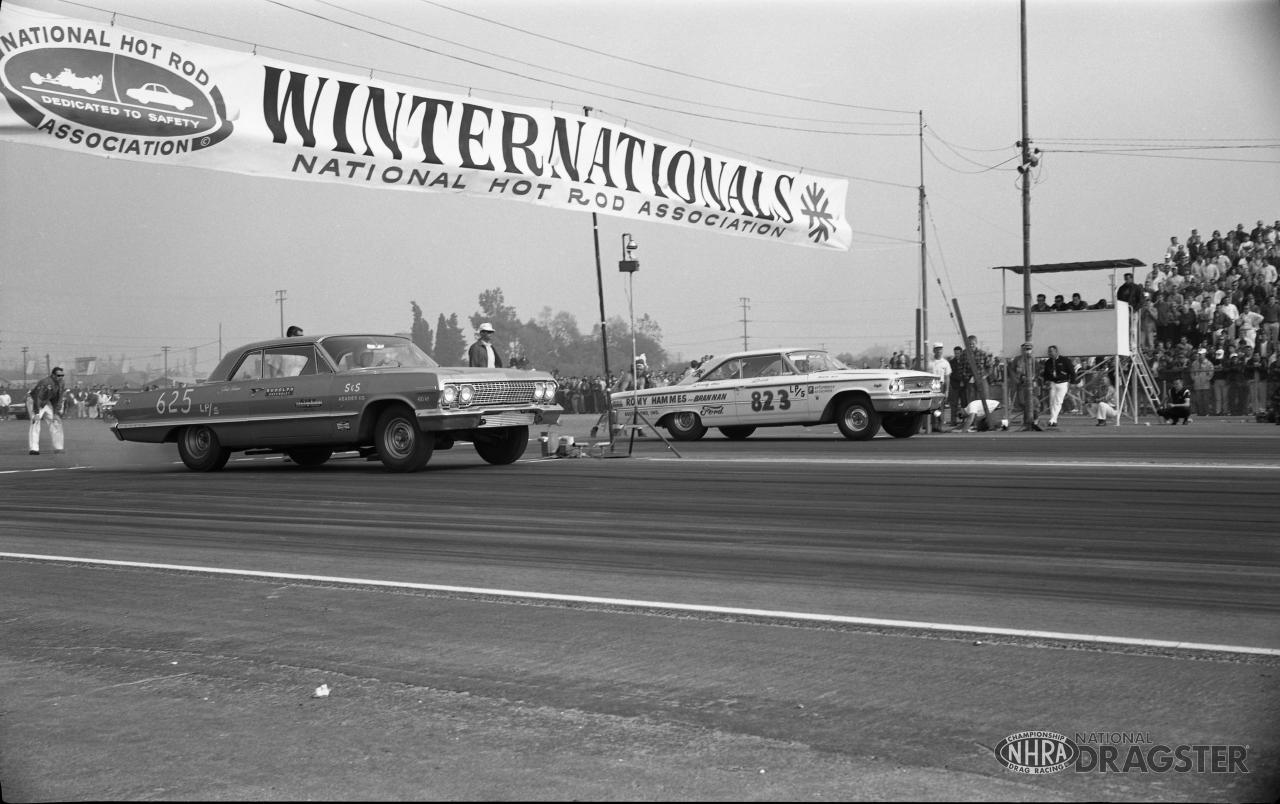 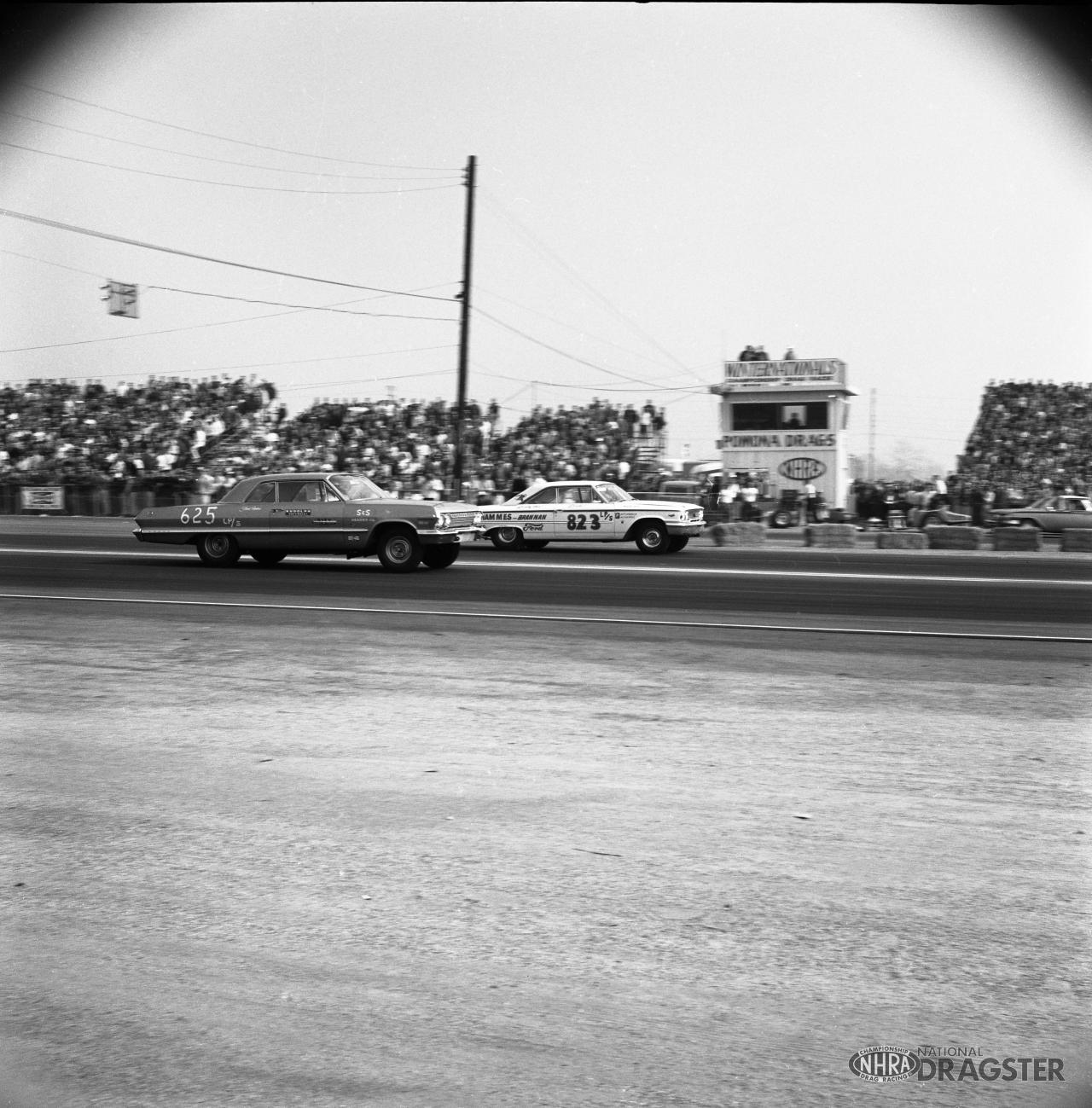 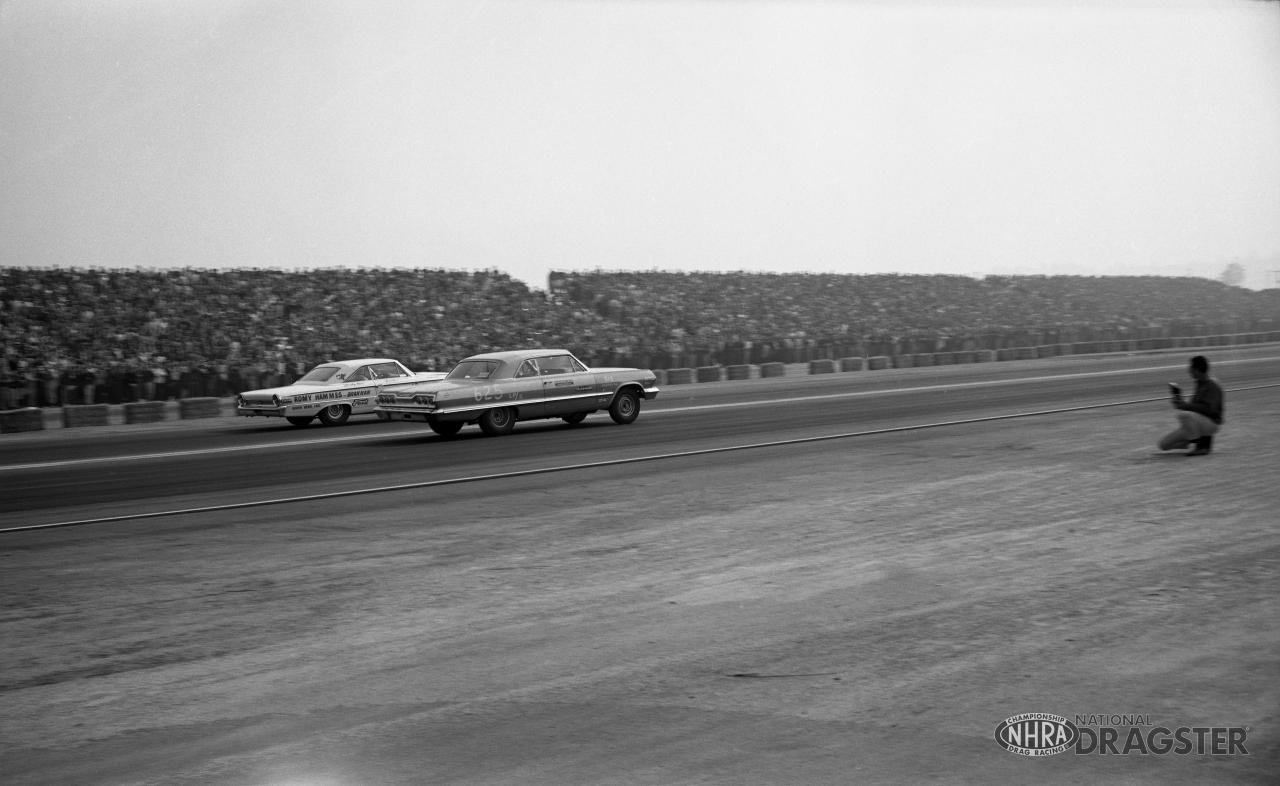 The orders were clear, 10 Mark II 427-cid engines were to be prepared to be used at Daytona Beach in February 1963. These engines would debut at Daytona Speed Month and go down in history as the 427-cid Mystery Motors.

Under the heading “Drag Activity” the memo went on to say that “Management has agreed to build 50 special 1963 Impala S.S. Sport Coupes which are to incorporate aluminum front end sheet metal (hood fenders, bumper, etc.) for weight reduction.”

Engines for these cars were to be built at the Tonowanda engine plant in New York using the basic 1963 409 Mark I block, but revised to include the Duntov raised-port cylinder heads with a dual-quad manifold and the stroked crankshaft (3.650 inches) created for the Mark II engines.

This note also specifies that “Mr. Duntov will continue his development of a hood design for carburetor cold air supply and was requested by Mr. Barr to determine the possibility of ducting carburetor air from the cowl heater plenum.”

When NASCAR confirmed that it would allow 427-cid engines for 1963, both the Mark I and Mark II engine programs got the stroked crankshaft, and their engine designations changed to Mark Is and Mark IIs, where the “s” meant “stroked.”

There were to be 50 Mark Is 427-cid (W-series-based engines) built in addition to 15 service engines. By comparison only 20 of the Mark IIs 427-cid (Mystery Motor engines) were to be built for NASCAR.

Want to lean more about the Mark IIs 427-cid Mystery Motor built for the Daytona 500?

When the Mark Is 427-cid engines showed up at the 1963 NHRA Winternationals in Z-11 Impalas, this is what happened:

9 minutes, 36 seconds: Super Stockers are called to the lanes