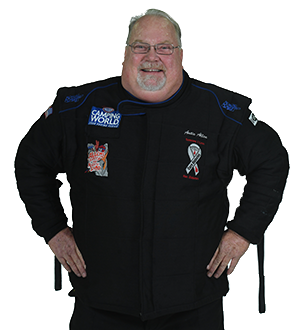 Qualified for Top Fuel field at all five events he attended

Was a nominee for NHRA Rookie of the Year

Self-employed for 35-plus years

Allen is the owner of a construction Company, A.W.A Contracting Company Incorporated, which he founded in 1987, and owns a store, Allen Speed & Machine Shop, which he founded in 2017. Allen has always had racing in his blood, he began going to Gatornationals as soon as he could drive. He began racing BMX as a teenager, and when he turned 16, he got a 1970 Chevelle which triggered his love for hot rods.

After high school, Allen began racing SST 100 ABPA Boats, and then Offshore boat racing. He and his brother decided to build his first Super Pro dragster in 1997, and in 1999 he had his Top Alcohol Dragster built which he raced until 2006. He decided to then switch over from a blower car to a Nitro Injected Dragster, which lead him to winning the NHRA Division 2 Championship in 2008.

Allen took a break from consistently racing as he has two daughters, Elizabeth Allen and Sarah Allen, which love racing as much as him. He continued to race here and there and let his daughter get into a Jr. Dragster in 2016. In 2017 he began the process of building his Top Fuel dragster and slowly put it together making sure everything was perfect and was able to get his license in 2020.  He has since been competing, along with taking his daughter Sarah to all her races in Super Comp and hopes to continue to do so in the many years following. 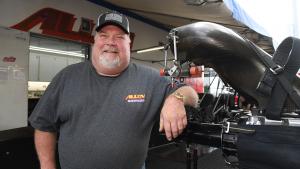